The Division, Destiny, Metal Gear Solid V, Grand Theft Auto V. Four titles, each with something in common. They’re all likely to get a PC version release at some point in the future, but right now the people behind every single of one of them is being demure about that possibility. Why?

On Monday, a petition to bring The Division to PC has approached (and, by the time this piece is up, has probably reached) 60,000 signatures. This has echoes of the Dark Souls petition from 2012, which reached something like 80,000 declarations of interest before Namco raised a quizzical eyebrow and said “well, ok then, have a port.”

Turn left up ahead to FIND THE BLOODY PC PORT.

Massive Entertainment, the developers behind The Division, have already fluttered their manly eyebrows in our direction. When asked on Twitter about the chances of a PC version, a spectacular non-answer of “we are not ruling out any platforms for the future” was given.

As a game, it would appear to be a perfect fit for the platform. An MMO-like, persistent, open world set against a backdrop of social breakdown. Based on what was shown at E3 2013, there’s more than a touch of DayZ about it. Survivors, optionally working together, scavenging for supplies and fending off rival groups.

But the idea that it would seem to ‘fit’ the PC isn’t even the main point. We already know that at least some of the Xbox One E3 demos (most likely all of them) were running off PCs. Amusingly, they were PCs with Windows 7 (not 8) as an operating system and an Nvidia (rather than AMD, the Xbox One GPU brand) graphics card.

Oh, the BLOODY PC PORT was in that cupboard all along!

As well as being an entertaining sign that Microsoft appears to trust neither Windows 8 nor AMD graphics to maintain a stable demo build, it confirms what most should already know – that the majority of these games are developed on PCs.

That’s certainly the case for Metal Gear Solid V, confirmed by Hideo Kojima himself to be using PC as its development platform. Even this doesn’t guarantee anything. During E3, Kojima gave a very puzzling answer to the question of whether MGS V would appear on our platform (which, admittedly, may in part be down to its translation.)

Here’s what he said:

Of course, we are developing on a PC, so we look forward to releasing something on the PC sometime, but right now we don’t have a release date. We aren’t really looking to do that right now; that’s not our priority. So we are making it, and we hope to put it out as well.

If you look closely, you can see something on the horizon. IT’S THE BLOODY PC PORT.

So, the game is being developed on PC. A PC version is, effectively, being made. But right now he can only say that the team “hope” to actually release it. What exactly is the alternative to that? The finished code gets put in a box and locked in Konami’s secret vault for some mysterious future purpose?

You’re already making a PC version. Does it really cost that much to hire one more guy to add a Field of View slider, half-decent mouse controls and negotiate for a digital release? That doesn’t seem like too much of a financial risk.

Let’s recall a couple of recent ports that we actually have some kind of data for, to demonstrate the worth of transferring these games over.

Alan Wake took almost two years to show up on the PC, and risked user scorn for its Judas-esque 2010 decision to suddenly become an Xbox 360 exclusive. Despite that, the port did extremely well. According to developers Remedy it had paid for itself within 48 hours of being released on Steam.

Now that’s a BLOODY PC PORT menu to be somewhat proud of.

Even terrible ports can do well, with the right context.

Dark Souls was a 720p/30fps nightmare with awful mouse support, saved only by diligent PC modding and the small fact that it’s one of the greatest games of the last decade. Namco has since stated that the PC version sold “more than 300,000 copies,” which is not too shabby for a release that came well after the console ones and coded by someone who was shown a chart of everything beneficial about PCs then told to ignore all of it.

It was popular (and profitable) enough that Dark Souls II is now said to have the PC as its lead development platform, and the new game director is promising a port that will make us forget all about the mistakes of the original. Hurrah. 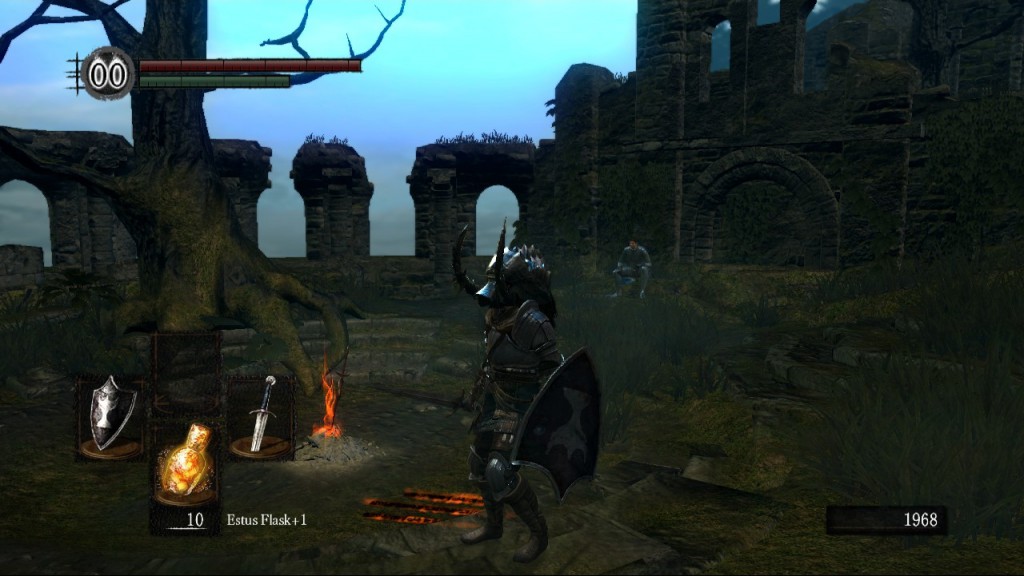 This BLOODY PC PORT is forgiven on the grounds that it is Dark Souls.

The frustrating thing is, publishers are no doubt aware of all this. Unless they’re blithering imbeciles (not necessarily something we can rule out,) all of this sales data will be known to them. Ultimately, it’s highly likely that all four of the games mentioned at the state of this article will show up on PC.

All of Rockstar’s games save for the sad exception of Red Dead Redemption (reportedly due to its final code being in an unworkable jumble) have come to the PC. For Grand Theft Auto V not to would be a huge surprise. Dan Houser has already said a PC release is “up for consideration,” and signs of such a thing have been spotted from LinkedIn profiles to in-store advertising.

Meanwhile, over at Bungie, Pete Parsons is on record as saying “We would absolutely love [Destiny]to be on the PC. If you talk to the people upstairs, we play it on all platforms. So, stay tuned.” Like The Division, Bungie’s sci-fi romp looks ideally suited for the PC. So why not make it official?

It is your destiny to be a BLOODY PC PORT sooner or later.

Perhaps it’s to maintain the illusion of console exclusivity that those asked are being so coy and reserved about a PC release of their game. Post-E3, once the lustre and bluster of a new pair of console launches has died down, maybe we’ll get some straight talking. Let’s hope so, because this nonsense has already gone on long enough.

To put it in terms the business community might understand, the PC is a sizeable market with demonstrable examples of previous, low-risk success. Development and digital distribution costs should be minimal. In the case of the four particular games we’re talking about, that’s about as close to a sure return on investment as you’re ever likely to see.

So enough with this pathetic dance. It’s time for publishers to shit or get off the port.

Shadowrun Returns a little later than scheduled, in July