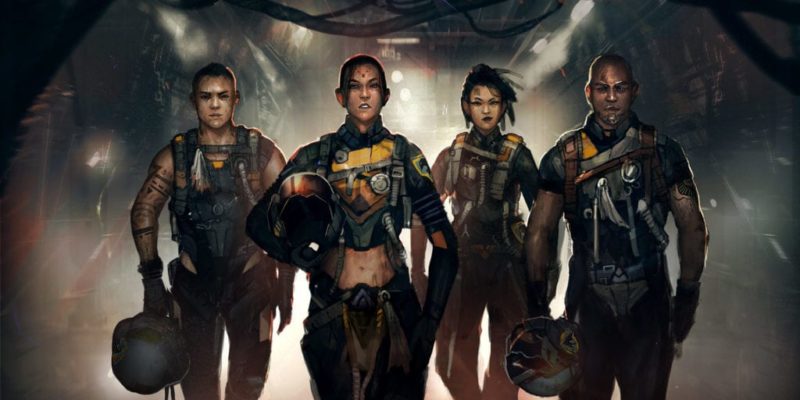 When I got home from work today I thought I’d run by BATTLETECH’s Steam Store page, a game which I reviewed this morning. I wanted to see what everybody else thought of it. I had a brilliant time playing it so I was surprised to see it only had a mixed rating on Steam. I read through some of the reviews, to see what the people who disliked it were saying. Many of the negative reviews relate to performance or lack thereof, which I didn’t have too many issues with during my playtime, just a few crashes. However, amongst the genuine criticisms were negative reviews for a very strange reason. People are giving this game negative reviews because it includes the option for gender-neutral characters in the character creation screen.

I’m am surprised that in the world we live in today people would hate a game just because of its inclusiveness.  Why is it such an issue to some people that the devs decided to give players the option to create a character who doesn’t identify as either gender? Does it really make a game worse? 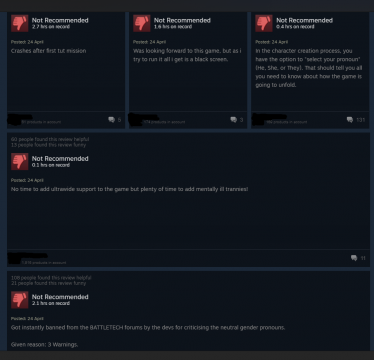 Some of he unwarranted and unsavoury comments

Some people do not identify as either gender.  It shouldn’t be hard to accept that some people don’t identify as either a man or a woman, regardless of their biological sex. They are non-binary, or genderqueer. It should also not be hard to accept that some people, transgender people, are a gender which is different to their biological sex (these are two entirely different concepts). To put it in the most vulgar way, what is between your legs does not define who you are, you choose to define who you are. I am not gender neutral nor transgender, so I do not fully understand how people who are gender neutral or transgender feel about their gender. But I respect them, I accept them for who they are.

Gaming is not the most inclusive and welcoming community in the world. I imagine any woman, LGBTQI+, or any non-white person would agree. It’s too easy to fling insults around like “tranny” and “faggot” without a moment’s thought from behind a keyboard.

There’s no doubt the industry needs to deal with these issues, like any other industry, and people need to be called out for poking their noses into other people’s lifestyles or sexuality. Before anybody starts saying they don’t want politics in gaming, this is not a political issue. It has nothing to do with politics. This is a human issue. This is about who people are and how they feel. We should all be more open to and understand how others feel. That would be an ideal world.

At the end of the day, having a gender-neutral option doesn’t change the gameplay in any way so to apply negative review scores for that reason is unwarranted. Harebrained Schemes have at least tried to make the game feel inclusive, and for the people that it’s aimed at, it’s brilliant, and for the people it’s not aimed at, it’s not an issue. In other words, gamers need to start thinking harder about why a game should be marked down and not base their opinions on issues that have nothing to do with the gameplay or gaming experience.