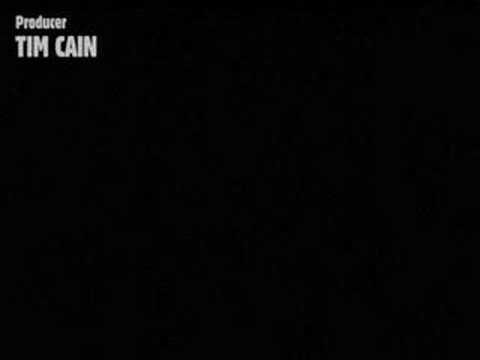 The first Fallout game has one of the most memorable opening cinematics in video game history. It begins with a television broadcast. 1950’s style black-and-white commercials advertising cars and household robots run while a song from the forties plays in the background. A newsreel patriotically shows American soldiers keeping the peace in newly annexed Canada. The style is retro, but it’s clear that the technology being depicted is from the future. The camera slowly zooms backward, revealing that the television sits upon a shattered building amidst a ruined city. The television cuts out.
War. War never changes.
Those haunting words appear in the introduction to every core Fallout game, and they do more than set the post-apocalyptic stage for the adventures to come. They are a reminder to the player that this is a game with one of the best pedigrees in all of video games. The four main-series games so far are all seminal role-playing games (RPGs). And I don’t believe there’s any sane person that believes Fallout 4, which is now less than two weeks away, will fail to meet this standard.

For an old-school RPG player like myself, the launch of a Fallout game is an event on par with the release of a new Star Wars film for its fans. They invoke countless memories of days spent in the wasteland, of discussing strategies with friends, and trying countless new ways to play. Everyone has a different experience with a Fallout game. But Fallout is so much more than the many other open-world games or RPGs. It’s a series that from its very first installment was set-up to be great.
When the first Fallout launched in 1997, it was a world like none seen before. From the first moments of its introductory cinematic, it stood apart, full of character and wit. It’s a series with future technology, yet a very fifties aesthetic. The cars still have fins, the television is in black-and-white, the music is outdated. But there’s a robot that will walk your dog and soldiers in mechanized armor.
Fallout is full of contradictions like this. It’s serious at times, insightful about war and the human condition, while also being frequently hilarious. It’s full of weapons and armor, yet you almost never have to kill anyone if you don’t want to. It’s a series about the emptiness of the wasteland, yet it’s populated with one of the larger, more intriguing casts of characters you’ll find anywhere. It’s a series that, in a sense, does everything without seeming like it’s even trying. It is, perhaps, the truest simulation of a table-top roll-playing game in its ability to react to player choices. It’s a game you can play however you like. Want to punch everyone to death? You can do that. Like sneaking up behind people and planting live explosives on them? Sure. Like sweet-talking your way through everything? That’s a thing you can do too.

Fallout is an exemplar of reactive gameplay and choice. The character options are endless, with a huge set of stats, traits, feats, and skills that can all be played with and tweaked for a truly customized experience. The game invites you to try different ways of playing it. Whether it’s a few different options for getting through a locked door, or the hundreds of ways in which a fort might be assaulted, every player will experience something totally different with each play-through. There tends to be so much in Fallout games that it seems like the developers intend for you to miss things. I remember once talking to a friend after we had both finished Fallout 2. I asked him which faction he sided with in the large city of New Reno. He looked at me confused. He had finished the game without ever visiting.

But many games these days offer wide-open worlds full of possibilities. Fallout also resonates because of its ideas, and because of its originality. It borrows from the best traditions of science fiction by playing with its core concepts, addressing interesting questions about how people react to crisis and new situations. The Vaults, those great underground bunkers in which the few people to survive the war lived, do this wonderfully. While life in one of these Vaults would be interesting enough on its own for a compelling story, the Vaults are more than they at first seem. Each is a great social experiment conducted by the enigmatic corporation Vault-Tec. Some are programmed to open to the radioactive wasteland earlier than expected. Others to experience certain malfunctions, such as the first game’s water-recycling problem. Some employ different governmental systems than others.
One brilliant example of this is Vault 11 in Fallout: New Vegas. It’s an entirely optional location, but one certainly worth the visit. The player finds it empty, a few corpses in the entrance hall. Election posters hang everywhere, suggesting an election for Overseer taking place every year. Yet every poster seems to assert that the candidate should be elected because of how terrible a person he or she is. Audio-logs and computer terminals explain the story. The Vault demands that the Overseer be sacrificed every year, or the Vault will kill every resident. The residents therefore vote for their most hated member to be selected. As the player wanders on, he discovers that this carried on until a war broke out over the voting process, killing almost everyone inside. The five survivors, tired of death, finally chose not to sacrifice someone, and instead die together. But then the truth was revealed. The Vault did not kill them. Instead, it congratulated them on their selflessness and for choosing life over fear. It was a test to see how long the residents would go on sacrificing their own.

It’s a story that plays out perfectly as its explored, revealing itself slowly until the player puts together all the terrible pieces. It’s a story that sticks with you, despite being part of a purely optional location. A location that like every other part of Fallout brilliantly melds horror and humor. The final video each sacrifice is made to watch is one of the funnier moments in Fallout, reminding them of the great moments in their life that may or may not have happened before a bunch of robots are released to kill them.
These are the details that make Fallout great, that make the world feel believable. And Fallout games nail the details. It’s a world that doesn’t make sense, yet it feels utterly real, and completely consistent. You can feel this strange post-apocalyptic land in every green-screen readout, in every rusting Corvega car, in every helpful Mr. Handy, and every bent bottle-cap. The two-headed bear on the flag of the New California Republic sums up this strange place: somewhat like reality, but mutated and just a little silly.

Between all the solid combat elements, the exploration, the discovery, and the customization, Fallout is a series with heart. It’s at times moving and at times funny, and wonderfully original in both its story and aesthetic. It allows you to be you in a world that reacts to your choices and play how you want to. It’s a series that doesn’t need to tell you where to go or what to do, because the world rewards you intrinsically just for visiting. It’s hard, I think, to find a series that resonates as deeply as Fallout with its fans.
So whether you’ve only played Fallout as a first-person shooter made by a company called Bethesda, or whether you’ve only played it as an isometric turn-based RPG made by a defunct studio called Black Isle, you understand what makes Fallout great. It’s not defined by where the camera is, or how fast combat happens, because either way, you get to play how you want. And at the end of the day, Fallout is Fallout. It’s its own brilliant, wacky thing. And there’s nothing else like it.
I’d love to hear your favorite Fallout moments! Please tell me in the comments below.