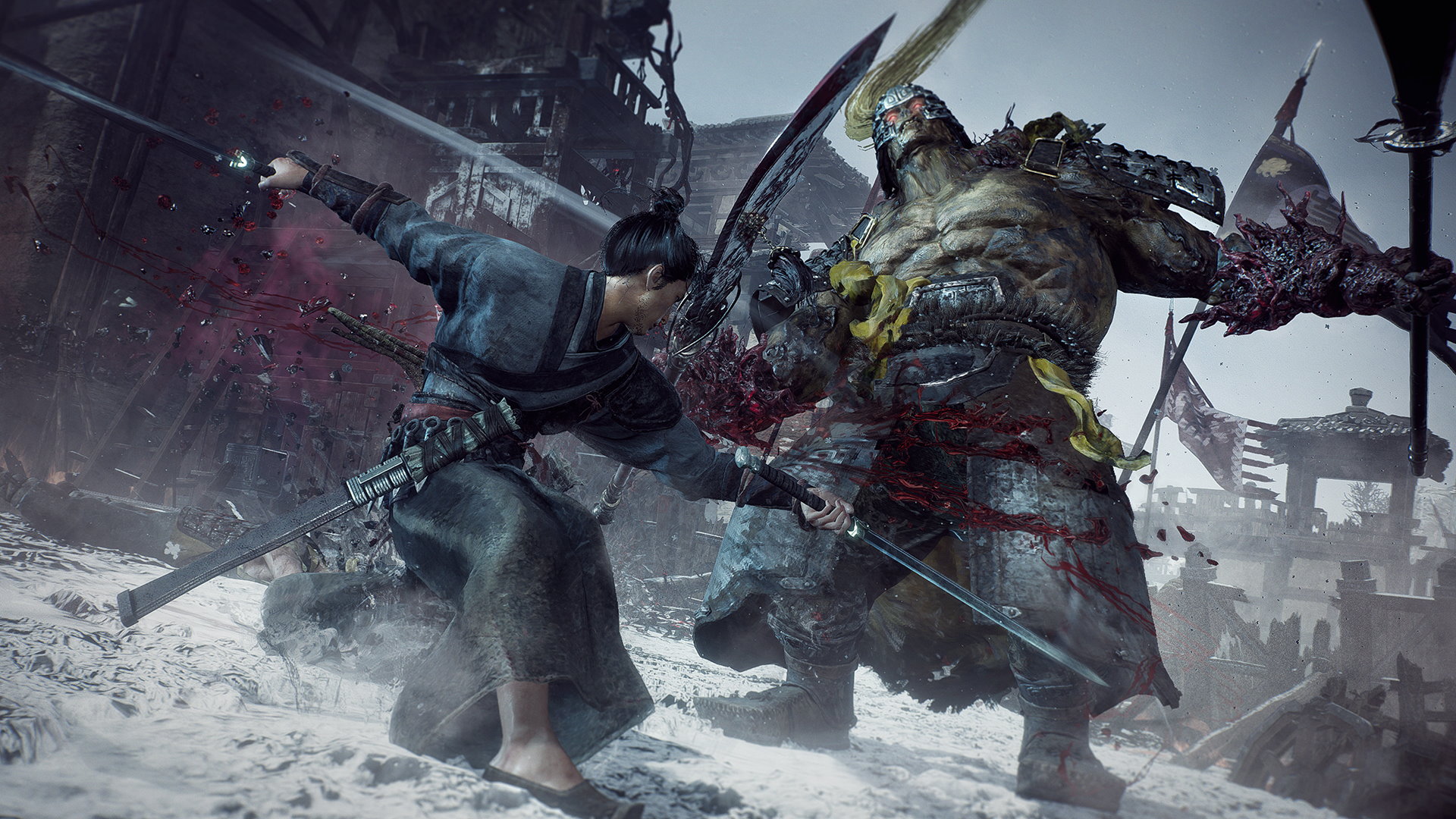 It was a safe bet to think Wo Long: Fallen Dynasty would be a combat-heavy action RPG in the vein of Nioh. After all, the game is coming to us from Team Ninja, with the producer of Nioh and the producer of Bloodborne on board. Today, we finally got a glimpse of Wo Long gameplay, and it does not disappoint our predictions. It does, however, leave us impressed. The game is looking damn good.

If anything, you could view Wo Long as the next evolutionary step of Nioh‘s hectic gameplay. The weapon-based combat looks fierce and relentless. However, unlike with Nioh, the game seems to lean a bit harder into offering more mobility. While its spiritual predecessor was all about blocks, parries, and dashes, Wo Long lets you play with your food.

I like how acrobatic the gameplay of Wo Long looks. Early in the trailer, we see the protagonist blocking an attack, before quickly zipping to an enemy’s side. One cheeky sword poke later, the next enemy gets embarrassed as the protagonist nimbly hops over him to deliver a kick to the back. There also appear to be attacking moves that let you dish out damage as you put distance between you and a demonic foe. It’s wild and looks like a lot of fun.

Dark, but not too dark

The free-floating gameplay of Wo Long seems to tie into the game’s overall more jovial themes. While it will have dark fantasy tones, seeing that horseman pull of an Akira drift convinces me that Team Ninja is having some fun on this project. The game looks to also have a good blend of shadowy areas and brightly-lit outdoor environments, with the latter juxtaposed against some truly nasty monstrosities.

Wo Long: Fallen Dynasty so far is looking pretty exciting. Team Ninja will no doubt showcase more on the game as we draw closer to its early 2023 release window.