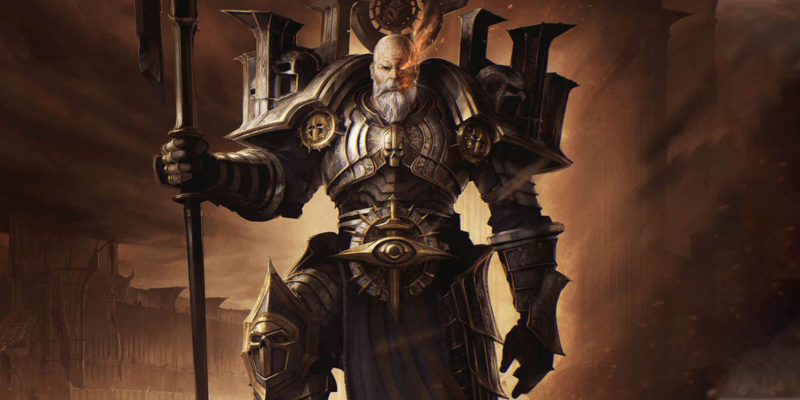 Early game leveling in Wolcen: Lords of Mayhem is similar to that of other ARPGs. You want to prioritize DPS for clearing efficiency, but it is also imperative that you spec your character with some survivability so that you can defeat bosses, especially if you play solo. The game has a significant difficulty spike at the end of Act I, so check out this guide for information about how you can level your character appropriately.

What skill should I choose in Wolcen?

Opponents in Wolcen can start to get tanky pretty fast, so you want to make sure you are getting passives that increase your damage output. For Act I, I recommend a strong AoE attack to clear mobs quickly. For a warrior, the awesome Wrath of Baäpheth does a great job of clearing adds, and it also has a nice single-target animation at the end of the attack chain if you land it correctly. For sorcerer builds, either Annihilation (think Disintegration from Diablo 3) or Thunderstrike (chain lightning) works great. Stings of Krearion or Phantom Blades works well for rogue builds. Until you get to the endgame, you can equip four other active skills on your hotbar, so you can use utility, movement, and single-target skills at your discretion. 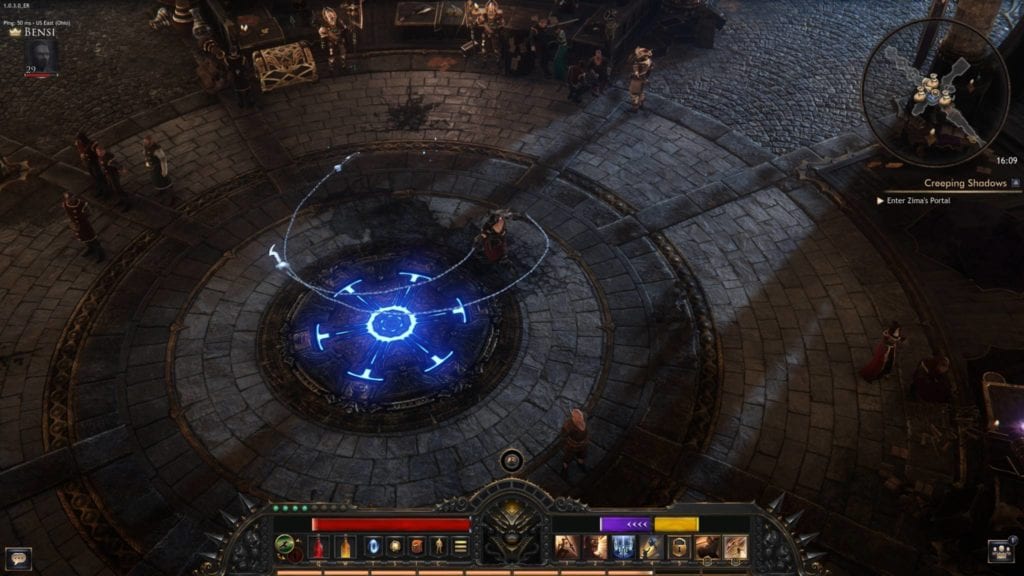 Wrath of Baäpheth is a great clearing skill for warrior builds.

You’ll find a lot of these active skills in the form of Enneracts as you play, but you can also buy them in town from Demetra for 2000 gold. I recommend holding on to your gold for a bit; if by level 10 you still haven’t found a good clearing skill, go ahead and purchase one.

What passive skills should I get?

I recommend that first-time Wolcen players stick to a passive tree corresponding to your archetype. That’s green for rogues, purple for sorcerers, and red for warriors. You can respec at any time (although it gets incrementally more expensive as you level), so take a long look at the passive tree and think about what you want to do. Early builds in Wolcen can be broadly broken down into four categories: critical damage, ailment damage, attack speed, and survivability. Once you’ve determined what you want, start climbing the passive skill tree. Be sure to grab the large keystone passives that can drastically increase your build’s potential.

Here are some good beginning pathways for different archetypes:

After you’ve picked a build focus, it’s time to start allocating your stats.

DPS in Wolcen is affected by what stat has the most points put into it. Your stats will be labeled as Primary, Secondary, Tertiary, or Quaternary. Your Primary stat affects your DPS the most, while your Quaternary stat will affect it very little. To maximize your early-game potential, dump points into a single stat based on your build. For example, if you are building a crit-based warrior, then you’ll want to put most of your points into Ferocity. 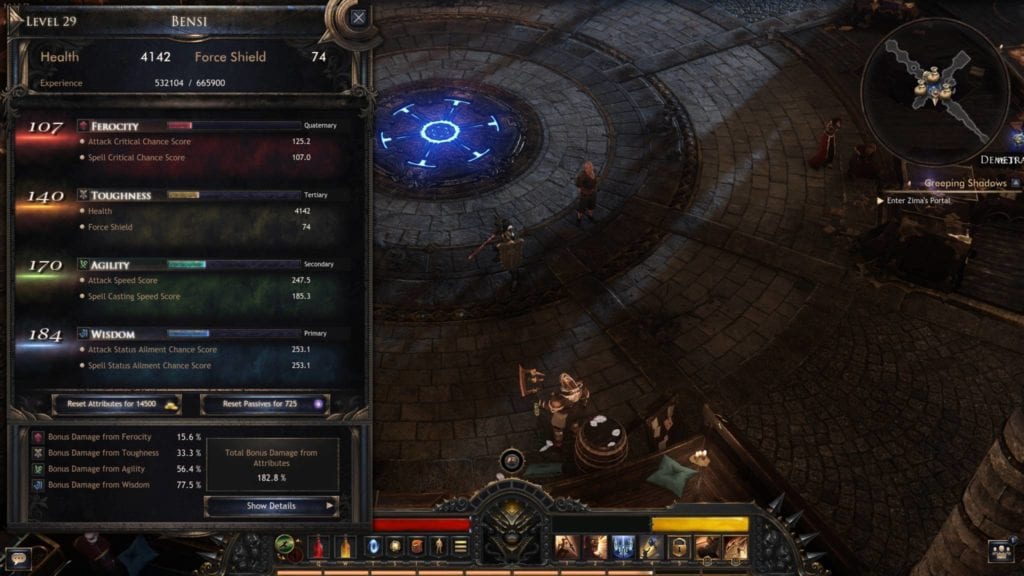 My build is focused on ailments and attack speed, so I dumped most of my points into Wisdom and Agility. Life-leech makes up for my low Toughness.

Survivability is also important, so it would be wise to have toughness as your Secondary stat unless you are comfortable playing a glass cannon build. In that case, choose another stat for your Secondary.

Keep an eye out for a special NPC named Fate-Adjucatrix Zeitgeist. She appears, seemingly randomly, in different zones. The kicker is she sells a random unique. When I first found her in the Green Bluffs at around level 13, she was selling a unique 2-handed warhammer that tripled my DPS. Uniques in Wolcen are incredibly powerful, and they can improve your clearing rate significantly. The drop chance for uniques seems to be pretty gracious, but if you can’t find one, don’t fret. Make sure to save up your gold, keep an eye out for Fate-Adjucatrix Zeitgeist, and keep your fingers crossed she will have something you’ll need. On the mini-map, she’ll appear as a coin purse. 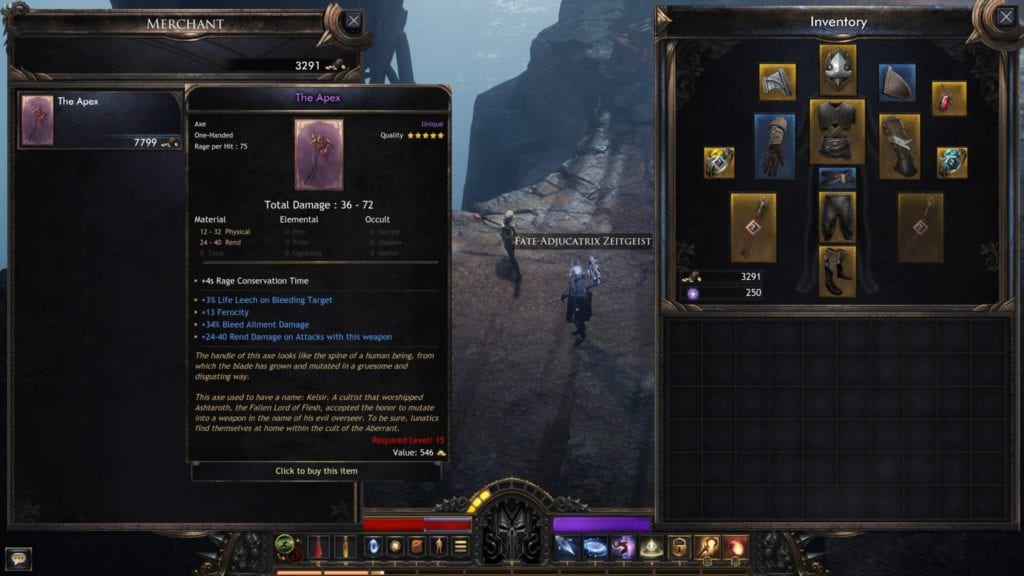 Note: If you are playing with friends, each player might see her offering a different unique. You can buy each other uniques in this manner and substantially upgrade your group’s power.

Learn how to dodge effectively using the spacebar especially once enemies do their “tells” (red lines or circles that precede a damaging attack). There is a brief moment of invulnerability during the dodging animation, but be forewarned that animation locks will also prevent you from casting spells or using potions for a split-second. Practice dodging as you level because you’ll need to be quick when you reach Act I’s final boss and onwards.