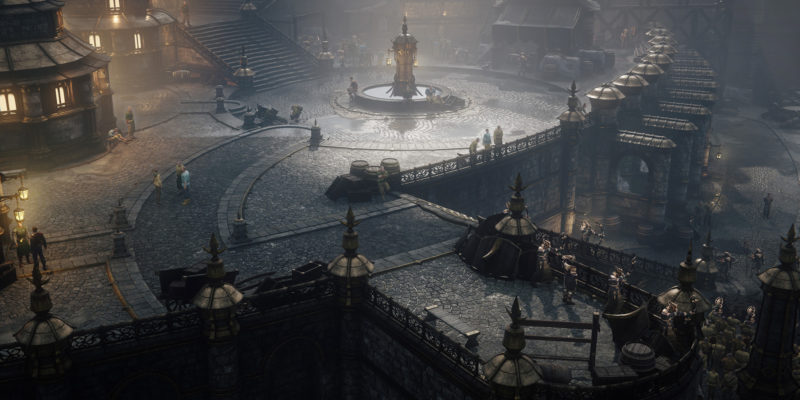 Wolcen: Lords of Mayhem is a new action RPG from, appropriately enough, Wolcen Studio. This beginner guide will get you started in creating your first character, learning how Willpower and Rage work, and understanding active and passive skills to create the most effective build.

Creating your first character in Wolcen

Wolcen: Lords of Mayhem starts out pretty simple. It asks you to make a character, and then you are faced with one of three choices: melee, ranged, or magic. However, these choices ultimately don’t matter. You can develop your character in Wolcen however you like. The only effect your initial choice has is to your starting weapon and your starting skill. You’ll quickly discard your starting weapon for another, and you’ll find plenty of new skills in the forms of Enneracts. Depending on what you choose, here are the skills you can start with:

There are also four primary stats in Wolcen:

As you begin to level, you’re free to distribute your stat points as you see fit. The stats don’t cater to any particular archetype. You can build a warrior and ignore Ferocity if you aren’t making a critical build, and you can build a sorcerer and invest heavily in Toughness if you really want to ramp up your Force Shield. It’s a nice system that doesn’t neglect any particular play style. 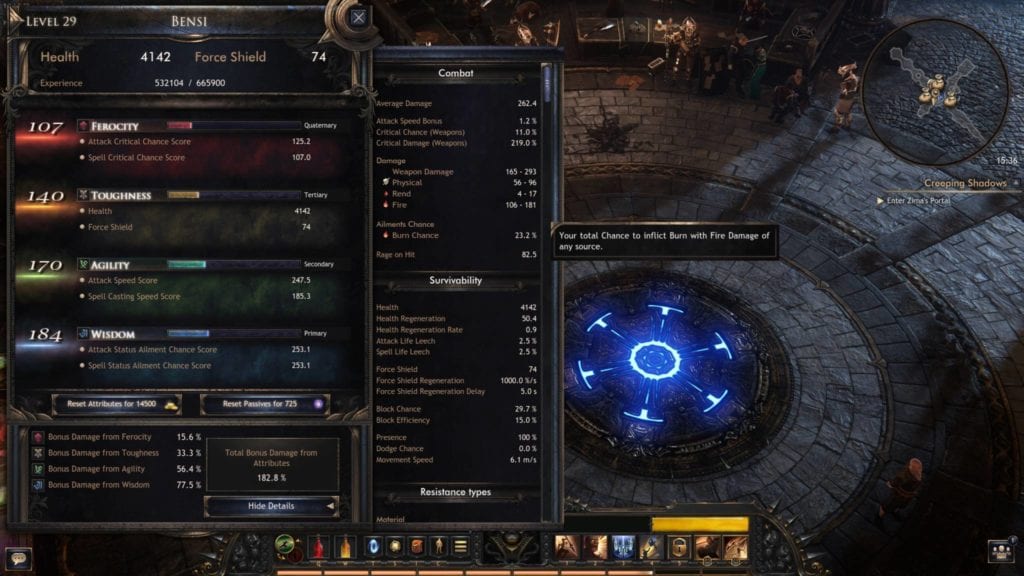 Your DPS is also heavily affected by what stat has the most points put into it. Depending on how many points you have distributed, each stat will be labeled as Primary, Secondary, Tertiary, or Quaternary. Your primary stat will affect your DPS the most, while the Quaternary stat will affect it the least. Be sure to synergize your stats, your active skill modifiers, and your passive skills accordingly.

Wolcen‘s skills use one of two resources: Willpower or Rage. Skills with the Warrior or Rogue tag utilize Rage, while skills with the Spell tag use Willpower. Willpower has natural regeneration. You can also generate either Willpower or Rage with basic attacks depending on your weapon; staves generate Willpower, while a bow or a sword generates Rage. This is where things can get a bit tricky.

At the start, your resource pool will be capped at 1000. Your Willpower will naturally rest at 1000, and your Rage will rest at zero. Think of the Willpower/Rage bar as a constant game of tug of war.

Let’s say you are building a warrior, and you use Wings of Ishmir to leap into an enemy mob and generate 100 Rage. That Rage will be pulled from the Willpower pool, netting you 100 Rage and 900 Willpower. Depending on what weapon you are wielding and what passives you have chosen, you have a stat called Rage Conservation Time. If for example that time is five seconds, that means you have five seconds to utilize your Rage before Willpower regeneration kicks in and you start losing your Rage. In the early game, you will typically expend your Rage quickly as you clear mobs, so this particular statistic isn’t incredibly important. However, if you can optimize it efficiently alongside your DPS, it can lead to quicker clearing times because you won’t lose Rage between mobs.

Using Willpower works differently. At the start of combat, you will already have a full bar of 1000. As you cast spells like Consuming Embers, you might expend all 1000 of your Willpower. That Willpower becomes Rage, leaving you with 1000 Rage. To regain your Willpower, you can either let your Willpower regenerate, use a Willpower potion, or use a rage-consuming ability. The last option is best utilized for multi-classes that use both Willpower and Rage. If you’re building a sorcerer who uses staves, then you won’t have the ability to use Warrior or Rogue skills that consume Rage. I recommend sticking with one solid archetype at first until you understand the mechanics.

You learn active skills in Wolcen by using Enneracts you find as loot. Skills require a specific weapon type and also have tags to help you immediately understand its use, for example, melee or spell. Be sure to pick up and learn every Enneract that you find, even if you aren’t planning on using the skill right now. That is because if you relearn an Enneract you’ve already found, you’ll get Primordial Affinity, a currency used to either level your skills or reset your passive skills. Secondly, you can always respec into a different archetype whenever you’d like, so you may as well get all the skills.

Wolcen also has a skill upgrade system similar to Diablo 3‘s runes. Press “S” and you can take a look at your skill system and select passive upgrades. For example, you might be able to increase critical damage or area of effect on particular skills. As you continue to level the skill, you’ll get more points to select more passive upgrades. 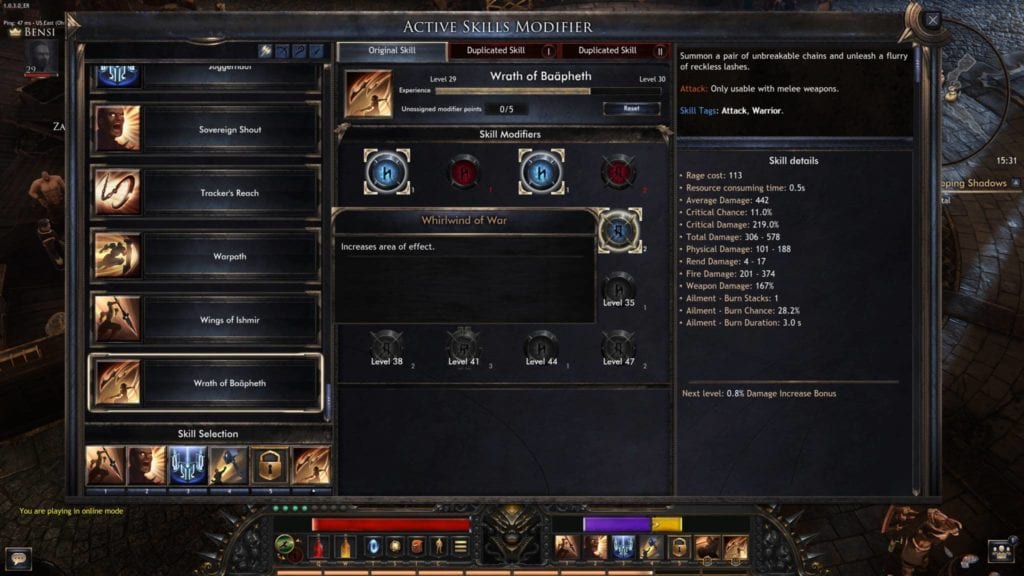 At first glance, Wolcen‘s passive skill tree looks a lot like that of Path of Exile. And it is. However, that’s not a bad thing. Wolcen draws inspiration from several established ARPGs and merges those mechanics nicely, and it adds a twist of its own. For example, you can rotate the inner, middle, and outer ring of the passive skill tree. This allows you to create a straightforward path to the build that you want, whereas in Path of Exile you may have to take a route through some sub-optimal passives to finish your build. However, it does mean that some passives that could benefit your build will end up agonizingly out of reach. 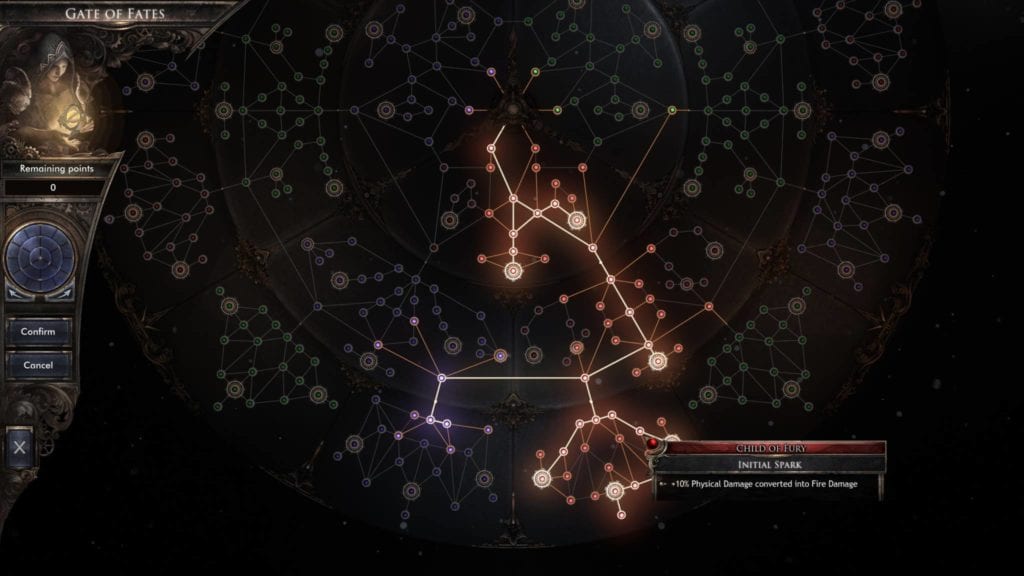 Remember, you can always reset both your stats and your passives at any time, using either Primordial Affinity or gold, respectively. I recommend that you always keep enough gold and Primordial Affinity to respec; the game has a significant difficulty spike after Act I, and you might find that your particular build isn’t cutting it.

The Suicide of Rachel Foster review – Wine is fine, but whiskey’s quicker