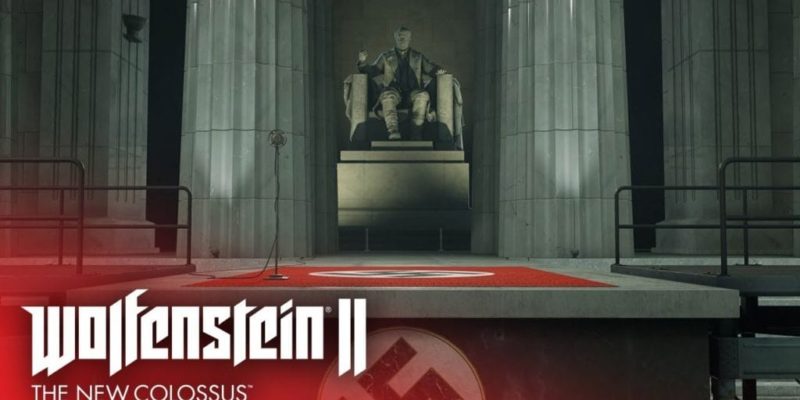 Wolfenstein 2: The New Colossus is out at the end of next week (27 October), but it has a ‘launch’ trailer to watch right now. It does feature some Nazi rockets taking off, and lots of projectiles being ‘launched’ at Fascists, so in a way I suppose that counts.

In the trailer, Grace Walker (of the American resistance cell) is issuing a call to arms to rise up against the occupying Nazi force. Whether with a knife or with a fist, citizens can all do their part to repel the repugnant tide of Fascism. It helps a lot, though, that Wolfenstein 2’s allied forces have BJ Blazkowicz on their side, since he’s responsible for roughly 98.6% of the casualties throughout the Wolfenstein series.

Aside from the first game (1981’s stealth-ish Castle Wolfenstein, which had an unnamed protagonist), Blazkowicz has been reliably shooting, stabbing, punching, exploding, and generally demolishing the Nazis in every single title. And people still have the audacity to say videogames don’t produce good role models.

Not a whole lot more to add about the trailer, really. That pesky mustachioed dictator shows up at the end, sounding a little the worse for wear. This incarnation of Wolfenstein has not (to my knowledge) done a Mecha-Hitler fight yet, so I guess we should hope he sticks around long enough for that to happen.

Bethesda’s review code distribution policy remains (ironically) rather authoritarian, so it’s unlikely that we’ll see code for this much ahead of the release date.