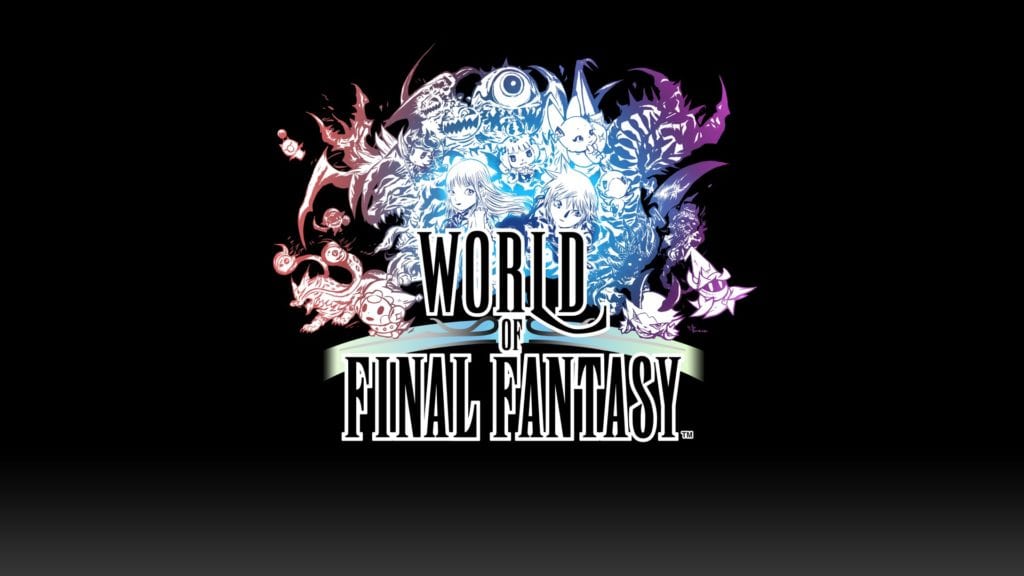 Released back in October 2016 for the PS4 and PlayStation Vita, World of Final Fantasy has now made its chibi-faced way over to the PC. PC Invasion’s own Tim McDonald is your regular Final Fantasy PC port reporter, but this time the review code ended up on my desk.

If you’ve stopped by for any of our prior port write-ups for this series, you’ll know that Square Enix doesn’t exactly go all out with the PC settings. Anybody holding out for a World of Final Fantasy release with an uncapped frame-rate and flawless mouse and keyboard support may find some of the following scenes distressing.

Let’s take a look at the World of Final Fantasy settings offered in the config launch (and only offered there, they’re not present in-game). This won’t take very long.

That’s … it, really. However! World of Final Fantasy will support 4K. I tried downsampling with AMD’s ‘Virtual Super Resolution’ and my resolution options increased accordingly.

If you noticed the lack of any frame-rate related settings and started to break into a slight cold sweat, then allow me to confirm those fears. As with the original console release, the PC version is locked to 30fps. I have no way of knowing if that’s due to certain aspects or animations being hard-coded at 30fps, but 30fps is where the game is capped.

That’s obviously less of a problem with a game like this where overmap wandering and turn-based battles are your main sources of action. World of Final Fantasy would have looked nicer moving along at 60fps or higher though.

So, having covered the external launcher options, what does the in-game settings menu look like? Well, it uses quite a large font so it’ll have to be spread over three images.

The majority of these are gameplay tweaks, letting you change the speed of text, or whether the battles will pause while they wait for you to select actions, that sort of thing. You can opt for Japanese voices here if you want to judge whether Tama’s voice is more annoying in English or Japanese (tough call, honestly). There also seem to be a bunch of optional ‘cheat’ toggles here as well, if you need that sort of help.

At the very bottom there are two PC-specific options that are actually quite welcome. One changes the button prompts to keyboard ones, and the other allows you to switch between a QWERTY or AZERTY layout. Okay, those aren’t major inclusions in a PC port, but we need to take what we can get when it comes to keyboard options here.

There’s no mouse support in World of Final Fantasy whatsoever. That’s actually not a big deal for just walking around in the world. The camera is 90% fixed, so even when playing on a gamepad you can only pan the main frame around a small amount (the arrow keys fulfill the same function here). Where it does feel like a missed opportunity, though, are the menus. World of Final Fantasy is a pretty menu heavy game (whether that’s sort through inventory, or choosing attacks in battle), so not having any kind of mouse pointer control here is disappointing.

You’ll also have to put up with the default keyboard controls, because you can’t rebind them. WASD for moving around and moving through menus is alright, but having ‘K’ and ‘L’ as your confirm/go back buttons is a bit odd (Enter/Backspace perform similar functions). There doesn’t appear to be any way to quit out of the game besides doing an Alt-F4 either, which is a bit strange. Unless I missed it somewhere, neither the save points nor any of the in-game menus seem to have a ‘can I just leave the game now, please?’ option.

Update: There is a way! ‘B’ will pause the game, and then ‘V’ will take you back to the title screen. You can quit from there.

You can toggle between ‘basic’ and ‘classic’ menus, which is quite nice.

What we have with World of Final Fantasy, then, is a pretty bare bones port. It’s on PC and the undemanding system specs mean it runs completely fine, but that’s the extent of the transition. A game like this isn’t exactly crippled by a lack of 60fps (and upwards) or full mouse and keyboard support, they’re just always nice to have and it’s a shame when they’re not present. 4K resolution support is welcome, but that’s about the only thing distinguishing this release from the 2016 PS4 version.