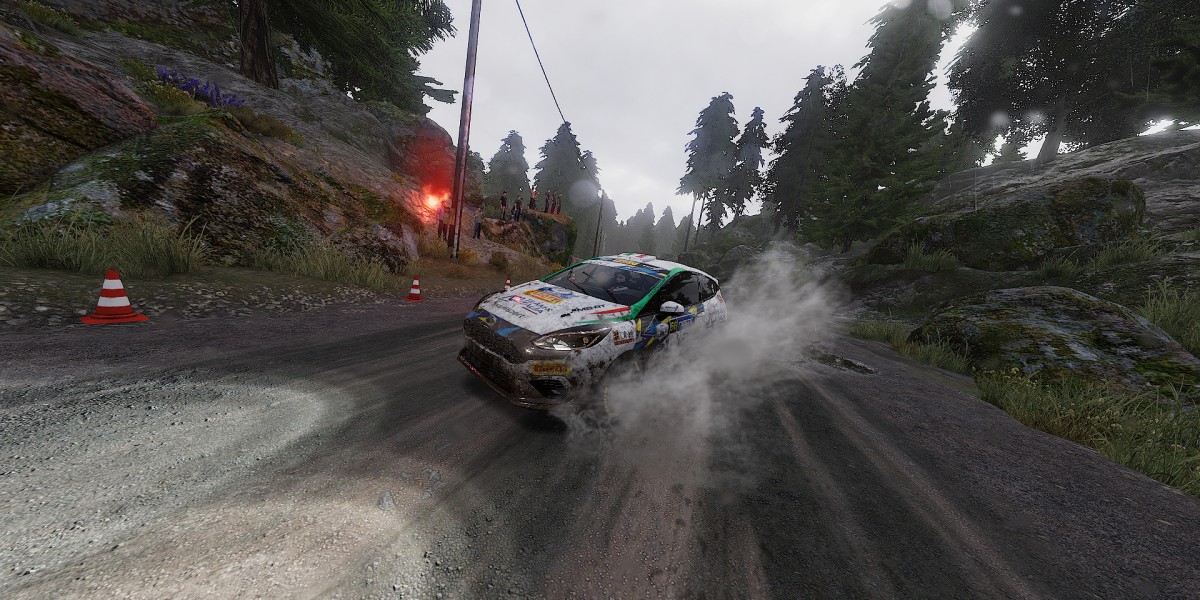 Taking place across 13 countries around the world, WRC 9: Fia World Rally Championship puts you behind the wheel of nimble rally cars as you race against the clock. The goal: to dominate the death-defying tracks of some of the most extreme parts of planet Earth. From skidding across the snow of Sweden to hopping over the hills of Wales, every race in WRC 9 feels like a test of mettle as the narrow courses are just big enough to allow your car to move forward. It’s quite a feeling to charge down a section of track as you look down to your left and see the side of a hill. And there’s often no solid guardrail to protect you.

Here’s hoping you keep your vehicle on all fours, and don’t let the upcoming bend catch you off guard. Thankfully, you do have a good degree of control as to how brutal you want this experience to be.

WRC 9 separates the main Career into two experiences: the Junior WRC (JWRC) and WRC 3. The JWRC limits all drivers the Ford Fiesta R2, which keeps everyone on equal footing. You also do not have to take a test to qualify for participation. The Ford Fiesta is not super powerful but is still maneuverable even over 100 mph. Considering that this mode is for beginners and offers the most “optimal experience,” I found the Fiesta to be a good all-round vehicle to tackle each of the rallies.

If you’re feeling bold, however, you can take on the WRC 3 mode. This grants access to a wider variety of 4WD vehicles, which are more powerful, though harder to control if you’re not as skilled. A qualification test is also required before you even begin. You have three chances to be judged by recruiters and, if you’re successful, sign on with a team. 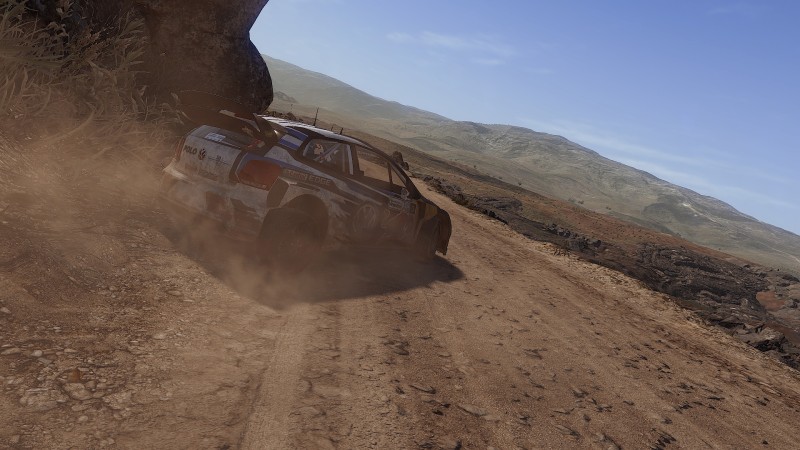 WRC 9 thankfully does give a lot of freedom for how you want to manage the overall experience.

Regardless of which mode you pick, the Career functions roughly the same way. The race season takes place throughout different months of a calendar year, and you schedule different events for the weeks. Aside from Training, there are Historic Races — one-off races that put you behind the wheel of a legendary car and tasked with getting the best time on the course. Extreme Conditions crank up the difficulty for a single race. This has you driving a very damaged vehicle in the most intense weather conditions, seeking to get as far as possible before time runs out.

The actual Rally races are what matter most, however. Each rally has four races, with a break between race two and three for repairs. Race one and two are your best chance to place well in the overall standings, as your car will be in the best shape. Damage carries over into the following race, so banging your car up in R1 will mean trouble for you in R2. Even though you get the repair break, crews are only allotted 45 minutes for repairs. Your car can be fixed to a degree, but not everything gets fully restored; only critical areas like tires and the engine are prioritized. Thus, races three and four are a lot harder as, if you’re anything like me, your car will have sustained some decent dents and scratches.

The races surrounding the rallies are good practice, and can help you to hone your skills. But for me, the rally races weren’t any less brutal. A single rally can take about a half hour to complete, so you have to hunker down and try hard. That said, between races I found it good to step away for a few minutes. After crying about what I got myself into, I’d come back with half-hearted motivation to punish myself again. You know what? I think WRC 9 is giving me PTSD.

There are several modes to select, allowing you to gradually become introduced to the rallying experience or diving straight in.

If I haven’t scared you off entirely, then you’ll at least be happy to know that you can skip all the extra fluff and stick to the core racing. By playing in Season mode, you can still participate in either the JWRC or WRC 3 leagues and focus only on completing different rallies. This mode eliminates the other factors in the main Career mode, such as crew management where you assign different professions that assist in making the overall experience a little easier. They help, but they come at the expense of dedicating money you earn to their salaries. You also have to rotate them so as to not wear them out.

The main Career also has you focusing on impressing different manufacturers. Performing poorly lowers crew morale and manufacturer relationships. Considering that there are also objectives to complete in order to keep money flowing and team leaders happy, then the Season mode is indeed the less stressful option.

You can also opt for the Quick Play option, which is exactly as it sounds. This allows you to take control of any car — regardless of class — across all stages of the Rallies. This is good if you want to practice a specific race or try your hand at handling a different car at any given time. Indeed, WRC 9 gives you a lot of freedom for how badly you want it to beat you up. I’ll just emphasize that you will get beat up, regardless. Unless you’re some type of sim genius, that is.

The handling model feels incredibly realistic, as every input is crucial to making sure your car stays grounded and doesn’t spin out. Or veering off the side of a cliff. There are so many different possible things to crash into thanks to the extremely narrow roads and a seemingly never-ending barrage of tight turns. It’s quite common to finding yourself blitzing down a straightaway at 80 mph before having to break in time for a hairpin turn.

Rally racing is an art. I’m not too proud to admit that I’m still at a level that’s equivalent to drawing stick figures. However, the rare times I’ve nailed a smooth turn, or had my car successfully land a succession of short jumps, it felt like a champion. Of course, that feeling of power was quickly fleeting, as it wouldn’t be long before a single turn would cause me to spam the restart option. 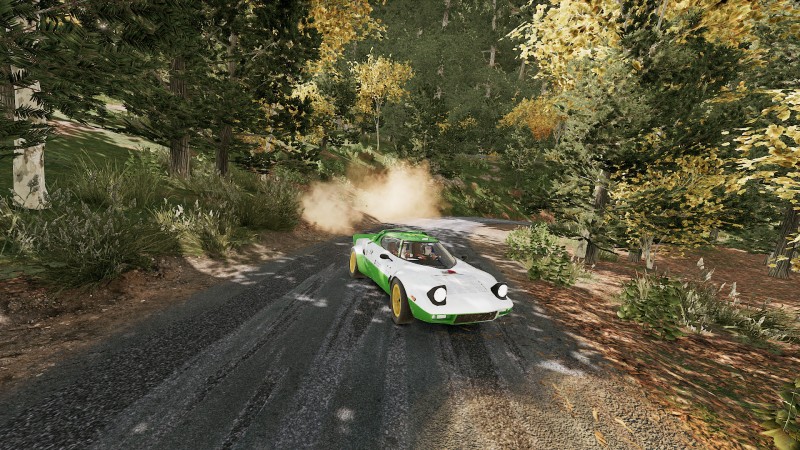 As frustrating as it can be, it is satisfying to nail different maneuvers as you meander through these treacherous tracks.

Of course, the terrain and climate also add to the sense of danger. These tracks aren’t just cramped, but trying to take on these turns in the rain or snow is brutal. You really have to pay attention to your co-driver’s instructions when the weather is bad, as you have to anticipate how your car will react in advance. Driving on a wet, gravel road in Wales that turns into mud is far different than a smooth, asphalt road in Japan. It’s great how well this is simulated, adding both a level of immersion and difficulty. This is what rallying is all about.

On the technical side of things, I did encounter some issues. WRC 9 does suffer from occasional frame stuttering, as well as a few crashes. There was even an instance where after changing the Adaptive Vsync option, the game not only crashed but refused to launch again. I had to track down the settings file and delete it in order for the game to launch again. Hopefully Kylotonn can fix some of these bugs soon, but it’s something to note in case you find yourself also having some performance issues.

Pushing the pedal to the metal in WRC 9

As ferocious as I’ve clearly found WRC 9 to be, I think the game does a good job at what it seeks to accomplish. This is not at all a casual experience like that of Forza Horizon. If you really want to build some hardcore skills, this the game to do it. WRC 9 nails the presentation, gameplay mechanics and sound design. And there’s enough variety here to keep you entertained for hours on end, should your patience not wear thin. 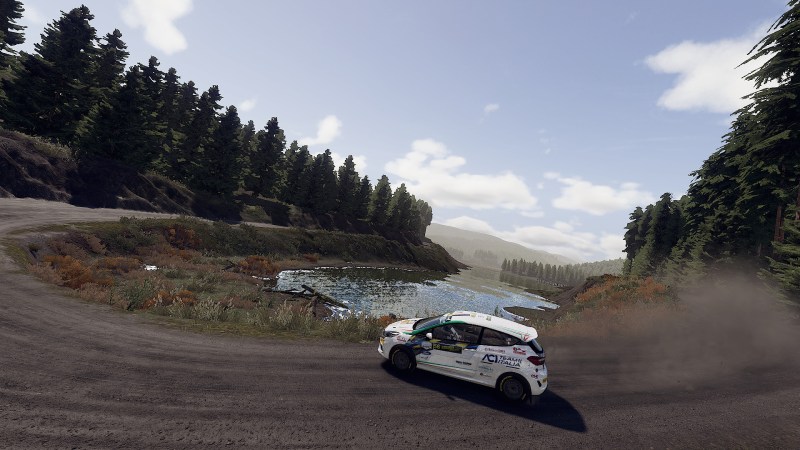 WRC 9 is a mean, brutal, no-nonsense racing experience that will have you both feeling like a driving artist and peasant all at once.

Get Watch Dogs: Legion and a year of GeForce Now with the purchase of a RTX 30 Series GPU