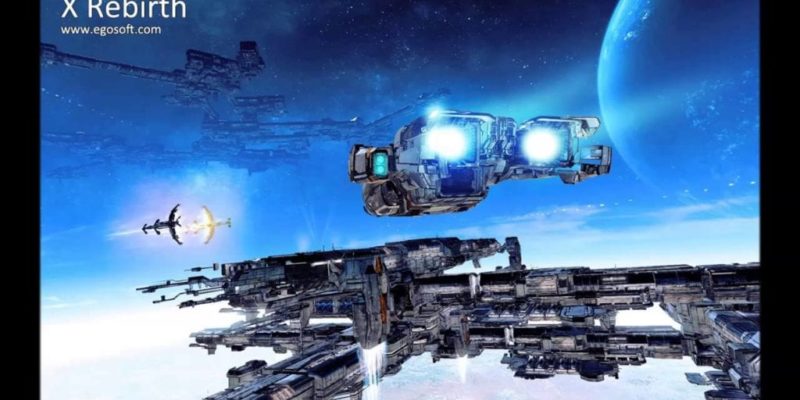 3: Terran Conflict was one of the first games I reviewed for IncGamers. The release version was rather undermined by bugs, but underneath the obvious glitches and awkward interface there was a solid basis for creating and managing a sprawling, if rather dour and spreadsheet-oriented, space empire. I gave it 6/10, and in the following years Egosoft released a pair of X3 expansions and worked through updates and modders to tart the series up into something far better than its initial launch suggested.

I’m not sure that’s going to be possible with X Rebirth.

Here’s a primer on how things have gone for X Rebirth since launch. The developers have publicly apologised for the state the game was released in. There is a 34 page (and counting) thread on the official forums for workarounds to bugs. It sits near an extensive guide on the subject of how to coax a refund out of Steam’s notoriously tight customer service team. If you pre-ordered the game, you might want to bookmark that one.

Performance is dreadful and has been since the game’s release on 15 November. A substantial portion of the title seems to be CPU-bound (which is fair enough,) but it seems incapable of making proper use of multiple processor cores or offsetting any of the load to the GPU (which is not fair enough.) The “Level of Detail” slider has notches between 0 and 100, but there’s a strong chance you’ll periodically be watching a slide-show no matter where you set it. Zones in which there are a great many objects (ships, asteroids, structures) being displayed at once appear to bring PCs of all types to their digital knees. There is no way to reduce the density of objects, and the “View Distance” slider is about as useful as the LOD one in teasing extra FPS out of the creaking, DirectX 9-based engine.

Even more embarrassing, these frame-rate issues persist even inside the dockable space stations. Nothing that is being rendered inside these structures should be causing stress to any PC made in the past half-decade. I can only assume that the FPS continues to tank because the game is still trying to render the entire zone outside. Quieter areas of space offer some respite from the frame-rate issues, but I’ve still encountered moments where X Rebirth will fall into single-digit FPS for no apparent reason. Attempting to do simple tasks (let alone space dogfighting) is impossible in these situations.

Prior to release, Egosoft’s Bernd Lehahn told us the following in relation to how performance would scale:

What we currently specify as minimum specs should be good enough to get a decent frame-rate with minimum LOD settings. The one graphic settings that has the biggest impact on performance is the “LOD” (level of detail) and the closely related view range.

Currently, this is not the case. It is not even close to being the case. Lowered settings do very little to boost the overall frame-rate, and there are scores of reports from people with rigs well above the recommended specs who are suffering from FPS woes. Optimisation, then, is a major issue. Given enough time, this aspect should be fixable. That doesn’t help the people who are trying to play the game right now, but it is something about X Rebirth that could, in time, be salvageable.

Now let’s discuss bugs. It may be difficult for me to write this, because I lost about four hours of my life to a mission involving the simple transaction of 100 energy cells and I’m still in therapy for it. X Rebirth players will know the part of the game I’m referring to. It’s fairly early in the campaign, it’s designed to teach players about the new trading system and it’s indicative of not just the bugs infesting this game, but also the deep-rooted design issues that will make the title extremely difficult to rescue from its fate.

Trading 100 energy cells goes like this. The campaign gives you a freighter ship, so that part is taken care of. Next, you need to find a Captain and Defense Officer to fly and protect that ship. The easiest way to do this is to ask a passing civilian vessel (by tediously working through a series of nested menus) where the nearest one might be, dock at the relevant space port, wander through some identikit corridors until you find the right guy, possibly hold a baffling “small talk” mini-game with them in order to savour some atrocious voice acting, and then watch a rubbish cut-scene of the person walking into the hold of your vessel.

If you ever want to own more ships, then you’ll have to go through this entire staffing process again (a lengthier one if the ship requires more personnel.) It’s about as exciting as you’d imagine, and fleet management is something of a nightmare. It doesn’t matter how skilled your hired captain is, ships will still be incapable of refueling without asking you first.

With a crew on board, you can travel to a space station that wants to sell the energy cells. Doing so will require you to use the in-game highways that propel you between zones and systems. For some reason, travel on these is pretty slow unless you slipstream other traffic in yet another odd mini-game. This gets rather stale after the third or fourth journey, but there’s no way to skip it and (to add further joy) highway travel tends to be yet another aspect of X Rebirth that has a vendetta against smooth frame-rates.

Once you’re at the station and have purchased the goods, your freighter may go and pick them up. I say “may,” because if you decided to take the optional campaign mission to escort somebody to a meeting while this was going on, your freighter could now be terribly confused and unable to complete the task. Even if it has managed to pick up the 100 energy cells (which can take, no joke, at least fifteen or twenty real life minutes to achieve,) it might still be in a state of bafflement and forget to follow you out of the system to your destination. This is strange, because normally ships will follow you absolutely everywhere. Even into dangerous war zones that you’d rather they stay out of.

There are fixes for the stuck freighter which range from asking it to leave and rejoin your squad, editing XML saved game files and making desperate sacrifices to local spiritual deities.