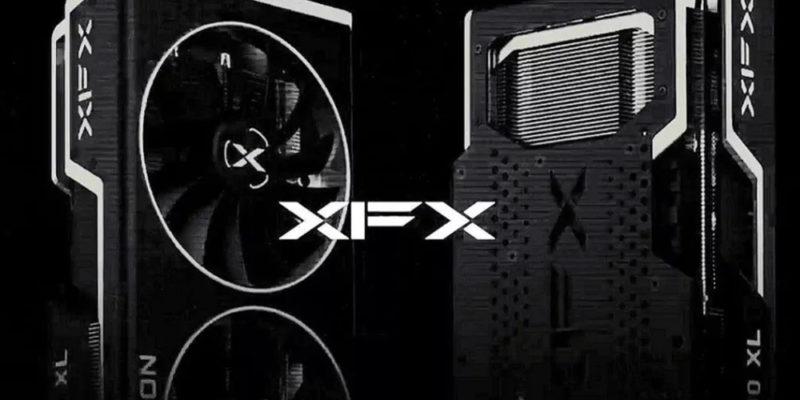 AMD’s Radeon RX 6000 Series reveal was nothing short of exciting. It showed the company is capable of being competitive in both the CPU and GPU hardware markets once again. As such, the company expects to make a lot of sales in the year ahead, and the AIB partners seem ready to get in on the action now too. XFX is known for its THICC lineup which powered the 5700 XTs last generation, and it looks like it’s back with some equally large products of the new 6800 XT XL variety.

The company teased the new lineup via social media on Twitter and Facebook with a short video caption, “Arriving soon.. Are you ready? #XFX #6000 series.” These XL cards appear to follow the same colossal design concept as the THICC series, which for reference, took up 2.8 slots. It was much larger in every dimension than the reference models from AMD. Why so big you might ask?

It’s no secret that good airflow leads to better performance. GPU die get very hot under full load, and high temperatures can damage the longevity of the product among many other complications. Therefore, fail-safe measures introduce performance throttling when a chip starts to get a little too toasty. For this reason, it’s in any manufacturer’s best interest to produce efficient cooling solutions that can deliver consistent performance over long gaming sessions. Delivering more circulation by volume is one way to achieve such a goal. The more space a cooler has to channel heat to the radiator fans can also help. Simply, more heat radiation and more circulation equals better performance. Good design is of course integral, but that’s a far more complex discussion.

Anyways, you now know why oversized GPUs are great when space allows for them. Some designs focus on performance in this way, while other seek to achieve smaller form factors for tight spaces though. AMD and Nvidia typically focus on compact designs for a variety of reasons, but XFX should go all out (quite literally) with the 6800 XT XL cards. The name is certainly a mouthful, but the results should be exciting for anyone looking to experience the pinnacle of modern gaming.

XFX is not the first AIB to advertise custom 6800 XT cards. Just recently, Sapphire announced its own premium options. In addition to these two AIBs, we expect Asus, MSI, Gigabyte, ASRock, Powercolor, and others to all offer RDNA 2-based GPU products. The launch for the reference Radeon RX 6800 and 6800 XT models is scheduled for November 18. XFX didn’t say when the XL cards will arrive, but expect an update in the near future.

By Jake Su8 mins ago
Industry