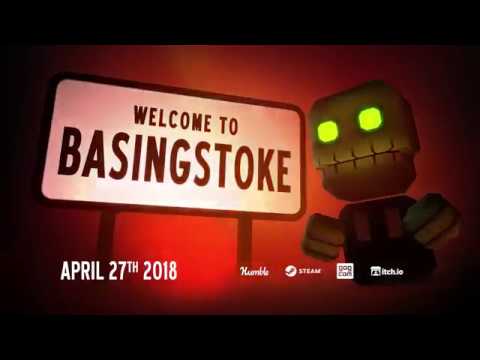 Puppygames are set to release their rogue-like stealth and arcade action title Basingstoke tomorrow on Steam.

In Basingstoke, players find themselves attempting to escape an undead and alien-ridden post-apocalyptic Basingstoke which has been invaded by aliens from the evil moon Titan. To escape, players will have to craft and loot while they explore the ruins which will involve using weaponry such as cricket bats, flamethrowers, and even sausage rolls to fend off the invaders.

Puppygames’ director Caspian Prince says, “No-one actually reads press releases about games any more, which is a shame as the contents of this one might actually save your life if you find yourself unexpectedly stuck in Basingstoke.” Fear not, Caspian, we have read it and now feel fully prepared if for some reason find ourselves in Basingstoke following an alien invasion.

The game will be available on Steam, itch.io, GOG, and Humble Store from tomorrow, 27 April.