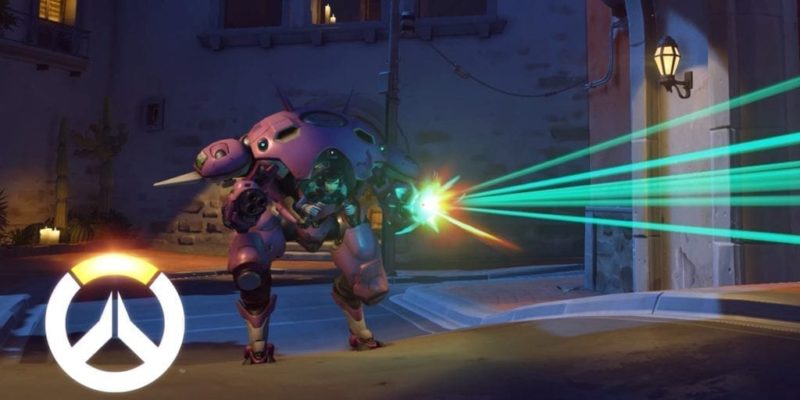 Blizzard has finally revealed the last three heroes of its forthcoming first-person arena shooter, Overwatch. The three new heroes round out the twenty-one hero roster, which Blizzard has stated will remain the same at least through launch in Spring of next year.

The first new hero is D.Va, a South Korean pro-gamer who pilots a pink mechanized suit in battle. Inside the suit, she has fusion cannons, rocket packs, and a self-defence matrix. Her ultimate ability allows her to enable her suit’s self-destruct sequence, and dive out. When she’s not in her suit, she has a basic hand-gun as well as the ability to call down another suit. Check out her abilities below:

Next up is Mei, a Chinese scientist who has spent most of her time in a remote northern outpost. Her abilities reflect her Arctic experience. Her hand-gun fires a stream of freezing projectiles that slow and eventually freeze enemy heroes. If she finds herself in a tight spot, she can freeze herself in a block of ice, restoring health and preventing damage. She can also block off passages by creating a wall of ice, and her ultimate creates a damaging area-of-effect blizzard that can also slow and freeze enemies.


Lastly, but certainly not least, is Hanzo’s brother Genji. The cyborg ninja uses thrown shurikens as his main ability. In close range, he can use a damaging sword strike that sees him teleport forward dealing high-damage to a target in his path. He also has the ability to deflect incoming projectiles back to their sources, and his ultimate equips him with a super-powered sword that deals high area damage with each slash in front of him. Notably, he has similar mobility to Hanzo, and can rapidly climb walls and double-jump between ledges.

Finally, a new level, Hollywood was announced. The level sees players fight their way through multiple standard movie sets, including the Wild West and outer space.