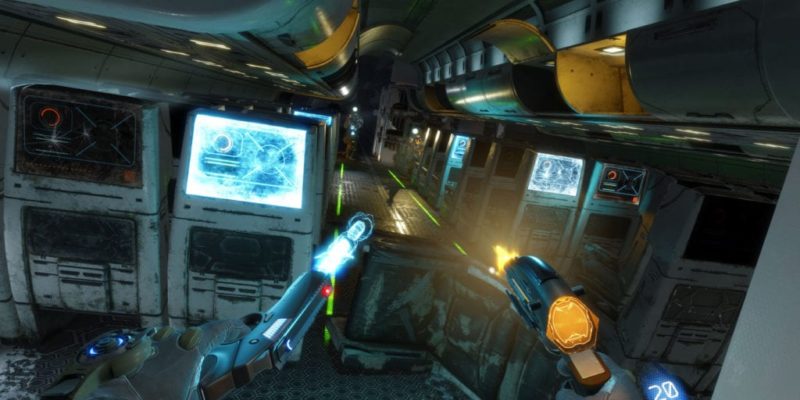 4A Games have been working on a new VR game called ARKTIKA.1 for the Oculus Rift and Touch and today they have revealed more of the game.

The game is set a century in the future following a “silent apocalypse” and the planet has entered a new ice age. The equatorial regions are now inhabited by survivors but regions to the north and south are rich with resources. As a mercenary hired by Citadel Security, players must protect one of the last colonies in the wastelands of old Russia. Expect all kinds of mutant creatures and horrors in the wastelands.

“This is a major step forward for 4A Games. ARKTIKA.1 represents all that we have learned about creating life-like environments, implementing responsive shooting mechanics, and delivering exceptional visual fidelity on console and PC. ARKTIKA.1 is likely to be the first AAA shooter built from the ground up for VR, instead of the usual practice of porting from another platform. On top of that, the precision and range offered by Oculus Touch tracked controllers takes realistic shootouts to a whole new level.”

The game has been developed on the 4A Engine, the same one used for the Metro franchise, and promises “incredible visuals”, weapon customisation, full body touch, dodge and cover mechanics.

Sadly this is an Oculus exclusive because it looks quite tasty. Vive owners will have to sit tight and see if it crops up eventually on Steam.