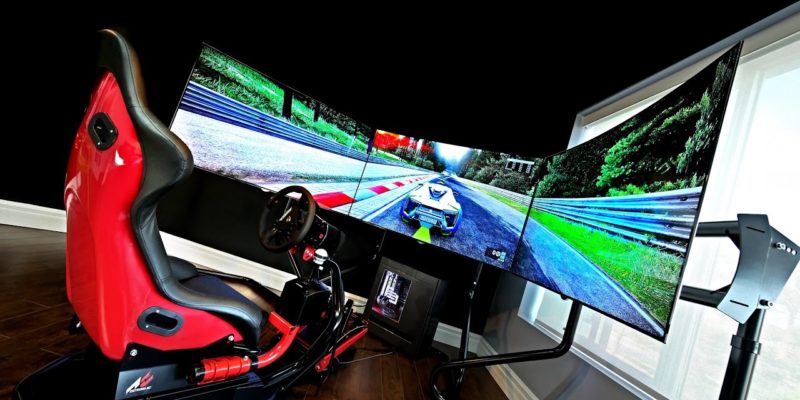 A couple of weeks ago we finally saw the reveal of the much-rumored remaster of Need for Speed: Hot Pursuit. We have seen many remasters during this generation of gaming, but only one was another racing game. The thing is that there’s no point remastering anything like Project Cars, Forza Motorsport, Gran Turismo, or any of the F1 games. This is basically happens each time we get a new entry in those franchises. Instead, remastered racing games should be story-based titles, franchises that have ended, or an entry before a marked shift in a series. So, with those restrictions in place, let’s talk about the five racing games that we’d love to see remastered.

This may seem like a strange choice as it’s not part of a series or anything. However, if you have played the game you will understand why it is a prime candidate for a remaster. Split/Second was the second (and final) game from English developer Black Rock Studio. Its unique selling point was that players could trigger large destructive events. And when we say large, we mean large.

The premise was that you were a driver in a fictional reality TV show. By performing overtakes and stunts (like drifting and drafting), you built up your “power play” meter. You could use a little bit of that meter to trigger small events. These could be things like blowing up a car to try and take out an opponent. Fill up the entire meter though, and you can trigger some truly epic explosions. These could take out an entire building, a plane, or a ship. These large events can even change the layout of the track you are racing on.

Split/Second is a great racing game that comes across like a mega-budget action movie. The numerous explosions, bombastic orchestral soundtrack, and camera filters make it feel like it was pulled from Michael Bay’s frontal lobe. A next-generation remaster of Split/Second could up the explosions and track-altering events. Just imagine how much debris could be flying across the screen if you’re using an RTX 3090.

Here’s another game with enough explosions to keep every pyromaniac racing game fan happy. Stuntman Ignition puts you in the seat of a stuntman tasked with performing an array of outrageous stunts. You were required to drift, jump, and generally appear to drive recklessly for a collection of parody movies. These would poke fun at everything from James Bond movies and Batman, to disaster movies and The Dukes of Hazzard.

While there was a timer, Stuntman Ignition was more about precise driving. You had to drive through tight gaps and up close to objects. Drifting had to be performed in specific areas. And you had to time your progress to be at the correct point to be close to an explosion. There was a race mode in the multiplayer side of things, but it never lived up to the joy of the single-player campaign.

Much like Split/Second, a remaster of Stuntman Ignition could ramp up pretty much everything. Explosions just look so much better in modern games, as our gaming machines have the power to handle so many more particle effects. What’s more, there’s not really anything else like it on the market today.

Now, this is an interesting entry on this list, as another game in the Burnout franchise has already been remastered. While Electronic Arts opted to remaster Burnout Paradise, my choice would have been Burnout 3: Takedown. In my opinion, this third entry in the series was its high point. Burnout Revenge may have had slightly better visuals, but the introduction of “traffic checking” took away some of the skill required to succeed. As for Burnout Paradise, well that didn’t really feel like a Burnout game. It was more like a Need for Speed entry with Burnout elements. Of course, Criterion’s next game would be Need for Speed: Hot Pursuit, which is also getting the remaster treatment.

Burnout 3’s introduction of the “Takedown” took the series to another level. Races were far more competitive; it wasn’t just about survival. You could drive offensively as well as defensively. This third entry in the series also introduces “Aftertouch.” This allowed you to control your vehicle slightly after you had crashed. In the main game, this meant that you could take out other racers and not end up so far behind. In Crash mode, it added an entirely new puzzle element.

Remastering Burnout 3: Takedown would allow for some gloriously delicious crashes. Once again, particle effects would be amazing here. It could also fix the dodgy matchmaking system. Online play was amazing… once you got into a game. Smoothing this out would allow to me to get hooked to it all over again.

There are two games called Sega Rally. There’s the original arcade game from the mid ’90s that saw ports to PC and the Sega Saturn. Then in 2006, Sega released a new entry in the franchise which used track deformation as its hook. I would be happy with a remaster of either of these. However, it’s the first game that has a special place in my heart. I have fond memories of the Sega Rally arcade unit at my local sports center. Whenever I see a Lancia Delta HF Integrale or Toyota Celica GT-Four in another racing game, it always takes me back to those days.

As the name suggests, Sega Rally is primarily an off-road rally racer. You would race across four events to try and become the Sega Rally champion. The first track was Desert, and was supposedly like an African savanna. The next was Forest, which saw you drive down a road and dirt track with trees either side. The third event was Mountain, and was inspired by Monaco. The final track was Lakeside, which you would only unlock if you were in first place after the initial three events.

A remaster of Sega Rally would need to improve three areas. Obviously, the first thing to improve is the visuals. As an early 3D game, the visuals are not its best feature in 2020. The next thing it would need to improve is the handling model. Again, this is an old game, so there is a lot to improve here. And finally, though this may be blasphemous to some, I would suggest adding more levels. Sega Rally was an arcade game. It didn’t matter that it only lasted for either a couple of minutes or 15. To release it again, it would need more content to keep gamers happy and engaged.

This suggestion could just as easily be Metropolis Street Racer as Project Gotham Racing (if you know, you know). Project Gotham Racing was a launch title for the original Xbox. A sequel also came out on the first Xbox while the third and fourth entries in the series hit Xbox 360. The franchise came to a dead end when Activision purchased the series developer, Bizarre Creations.

A bit like Stuntman Ignition, Project Gotham Racing wasn’t just about racing; it was also about how you race. Progression was based on Kudos points. While you would earn points for winning an event, you would earn more for the way you drove. Drifting around a corner without hitting anything bagged yourself a bunch of points. Overtake or draft an opponent without colliding with them and you would earn points. And in a similar way to Tony Hawk Pro Skater, you could link tricks into mammoth combos.

Remastering Project Gotham Racing would really be about making it look prettier. However, if Microsoft could see to adding the Drivatar system from the Forza franchise, it could really take the game to the next level.

Well, that’s our choices for the racing games we’d like to remaster. We did have some other suggestions. Cameron wanted to vote for San Francisco Rush 2049. While Kevin C’s vote was for Daytona USA. Do you agree with our choices or would you rather have something else?