You won’t catch me saying that the original Xbox was head and shoulders above the 360, it’s not. However, as all of gamingdom knows, nostalgia is a bitch. It is always 100 percent correct, even when it is dead wrong, and makes all that seems mediocre by today’s standards great. I’m not saying the original Xbox wasn’t great, that’s not what I’m here to do. I’m just putting on my rose colored glasses to take a peek over my shoulder and gaze blissfully back on a great gaming machine. 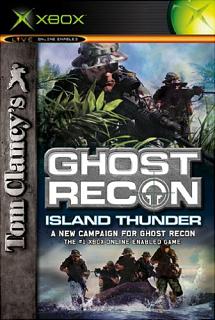 Now, this entry is not suggesting that the Xbox 360 is at a dearth of Tom Clancy games, but the Clancy games of yesteryear and the current offerings from Ubisoft are entirely different beasts. Whereas the Ghost Recon games used to be heavily tactical, tense, and atmospheric squad shooters, the Advanced Warfighter games focused more on spectacle and gadgetry. I LOVED Conviction, but can’t say the game didn’t make me miss the slower paced, thoughtful Splinter Cell’s from the last generation. Rainbow 6 didn’t change a whole lot in my book, but I really wish they would have kept the planning phases for each mission, and left out the regenerating health. I appreciate their efforts to try something new with existing franchises as well as the H.A.W.X and Endwar games, but that doesn’t mean I don’t miss the old days from time to time.

Remember FASA and Mechassault and Crimson Skies? Bizarre Creations and Project Gotham? How about when Rare used to work on video games instead of Kinect shovelware? At least they showed an indication that they were trying with Blinx and Voodoo Vince, despite the fact that they weren’t exactly classics. XSN even took a few shots at sports games and managed to release the decent NBA Inside Drive 2004 before they were shuttered. Sure, the economy is tough nowadays and money doesn’t grow on trees, but it would be nice to see Microsoft focusing on something other than the Kinect, whose existence has yet to be justified (Steel Battalion: Heavy Armor and The Gunstringer notwithstanding).

Remember cracking open Halo 2 or a new game on the original Xbox and being greeted by one of these?:

Two free months of online gaming goodness, all on Microsoft’s tab. Well, nowadays, things are a little different. The most you’ll get from them now is 48 hours, barely enough time to get a chance to run into the 10-20 percent of Xbox Live users that won’t be a huge jerk to you. Here’s to wishing Microsoft would give their detractors one less reason to refer to them as “M$” in the comments section of every XBL-related article. 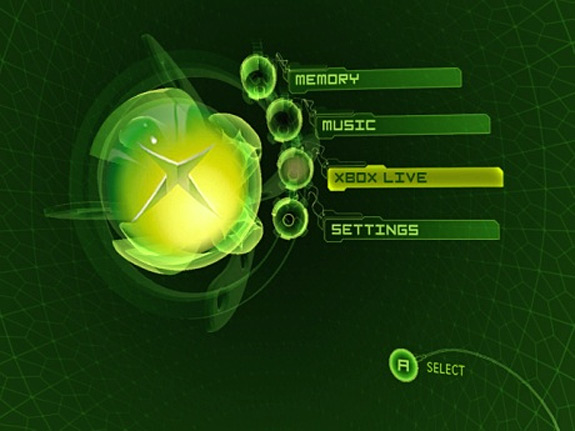 Beautiful in its simplicity, and utterly devoid or advertisements trying to sell me a new Honda or convince me Axe will let me score with some entirely-out-of-my-league chick, it was all about the console and the games. Bathing my living room in a warm green glow, it allowed me to start playing my game of choice, browse through my music, or check to see what was saved to my massive internal storage without having to stare at some retarded looking avatar. Ok, maybe I’m overreacting, and the new dashboard offers things that the original Xbox could only dream of; but still, I really miss the ol’ man every now and again.

Your controller of choice has nothing on him, the Duke, all that is masculine about video game manipulation devices. With big mitts like mine, this was exactly what I needed to play games to my heart’s content without feeling like a 70-year-old transcriptionist with carpel tunnel after extended gaming marathons. While some may call it ugly, and others may bemoan the placement of the white and black buttons, I believe that it was a perfect complement to Microsoft’s big black box of gaming goodness.

So there you have it, the five things that I miss most about Xbox’s console of yesteryear. However, there was much more to the Xbox than what I wrote here, let us know what you missed about the Xbox in the comments below!