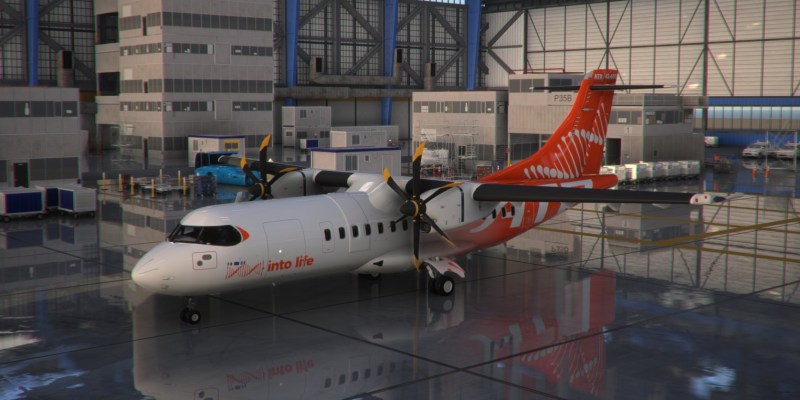 That plane, technically, these planes are  the French-Italian-made ATR 42/72-600 turboprop airliners. The ATR family of turboprops are big players in the market of regional aircraft and are one of the most popular types in their class. Particularly found in parts of Europe, Asia, South America, and the Caribbean, these 4o and 70-seater turboprops have made a name for themselves thanks to advanced avionics, decent range, and good fuel efficiency. While they may not be as sleek and fancy as regional jets like the Mitsubishi CRJ 550/700, they’re still sought after to efficiently service small, regional airports in more rural areas around the globe.

For example, in my country of the Bahamas, the national flag carrier (Bahamasair) ordered a small handful of both the ATR 42 and 72 models a few years ago to primarily service tiny airports on islands that have just a few hundred people. So, when planning your flight in this new bird, consider venturing out into more remote locations for a more accurate experience.

To produce the new virtual ATR 42/72 models for Microsoft Flight Simulator, Asobo has teamed up with ATR itself along with its partners at the venerable Aerosoft studio who has already produced the aforementioned CRJ add-on, along with various other major add-ons currently in the works.

More details will be released about the new turboprops as time leads into their release next year. While the above in-game shots provide a decent look, Asobo will be dropping a video later on this week to give us an even better look at these shiny new models.