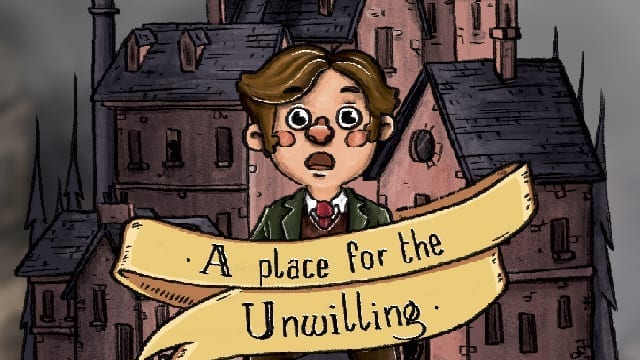 If you’re looking for a very specific and one-of-a-kind type of adventure game, A Place for the Unwilling is out on Steam today for PC and Mac. Developer ALPixel Games describes it as a macabre narrative mystery with an enigmatic backstory. It’s a branching narrative adventure where you will witness the final 21 days of a dying city. As you explore the city and its branching narrative, your decisions will shape your surroundings and settle the fate of the city. Time will slip by as you’re busy with that, and the city has a life of its own, living on with or without you.

You’ll get to speak with sinister politicians and “chain-smoking child anarchists.” (I’m sold on that description alone.) Along the way, you can work as a trader, socialize, explore the city at your leisure, and even play a role in its social hierarchy. A Place for the Unwilling aims to combine the narrative depth and exploration of Sunless Sea (or Sunless Skies) with a unique setting like The Legend of Zelda: Majora’s Mask. There’s also a dash of good old H.P. Lovecraft and Charles Dickens. This might make for a rich narrative experience if player choice really does influence the game world.

A Place for the Unwilling‘s dollhouse aesthetic

What sticks out the most from A Place for the Unwilling is this Victorian dollhouse-style art direction. The exteriors are broader, but the interiors actually look like miniature rooms in a dollhouse. It’s a really unique aesthetic for an adventure game, and you can tell it’s all handcrafted and lovingly designed. The characters actually look like dolls, and the playable characters even have those blush circles on their cheeks. The contrast between that art style and its more macabre setting and narrative also helps the game stand out from other adventure games.

However, this is a very narrative-driven game. The developer says there are no puzzles, combat, or quest markers. It’s all about exploring the city and its stories at your own pace. The gameplay trailer below shows what to expect in that sense. There’s some trading and lots of dialogue as you explore the city, talking to several NPCs. Strangely, some NPCs look like wraiths, or like a living smudge, but you can interact with them too. I assume that has something to do with the fact that the city is dying.

Since you’re stuck on this time loop of 21 days until the city dies, you can only get to see slices of the city at a time. You won’t have time to see everything, so each playthrough is unique. And the developer says there are over 100 narrative events based on your decisions that will create a unique story. The game covers themes of inequality and isolation, but also cosmic horror, as expected with the influence of Lovecraft. This might be a game for a very specific niche of adventure gamers, but it does look quite interesting.

A Place for the Unwilling is out now on Steam. The developer didn’t announce any plans for other platforms or storefronts. You can follow the game on Twitter and Facebook or join the official Discord server.

What do you think of A Place for the Unwilling? Drop your comments below and tell us your thoughts!

Darksiders III Keepers of the Void DLC – Is it worth it?