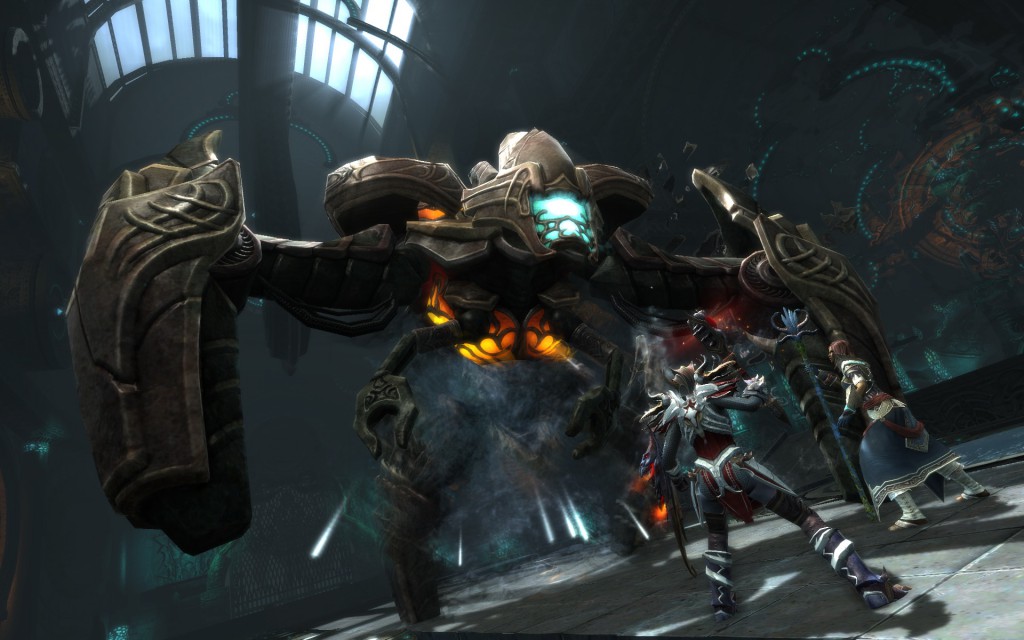 Trion has pumped a few screenshots out of Gamescom, showing action from the forthcoming Storm Legion expansion for Rift. In Storm Legion you’ll be exploring two new continents and trying to stop Crucia, the Queen of Storms, before she can get her army through the Infinity Gate.

There’s plenty of new stuff, as you can imagine. A level cap of 60, seven new dungeons, three raids, customisable spaces that let you “own a sliver of Telara”, new creatures to fight and, best of all, stylish capes to wear.

Storm Legion will be available at a discount for those who already own Rift (although the price doesn’t seem to have been announced yet), and absolutely free if you sign up for a year of the base game.

Pandamonium: World of Warcraft lures you into the Mists of Pandaria [Video]

Castle Crashers will crash its way onto Steam