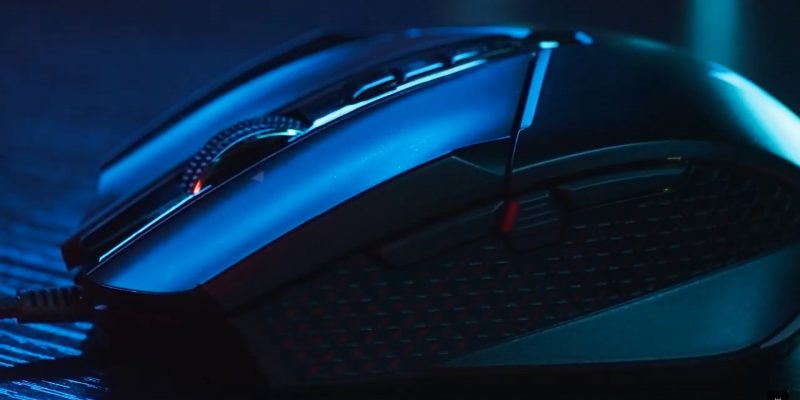 Modern mice are nice, especially when they come equipped to your specific preferences. Depending on the genres of games you like to play, you can go with more or less buttons, lightweight designs, and now, much higher response rates. Acer’s Predator brand is upping the ante now too with its newly announced Cestus 335, which looks like a mouse built with esports and competitive gaming in mind.

This isn’t the first product in the Cestus line and it definitely isn’t the 335th either. Naming aside, it looks like it has rock-solid potential to impress. With 10 buttons, a 2,000Hz polling rate, and good ergonomics, it could wind up on a lot of gaming desks. Notably, there’s still much we don’t know about the specs like weight, cord type and interface, scroll-wheel grip, exact RGB support, and build quality. It has our attention though.

The trend for increased polling rates on gaming mice looks like it will continue. The current standard is 1,000Hz, but CPUs are beginning to have enough extra multi-threaded capacity to support higher polling rates without interfering much with framerates. In the case of the Acer Predator Cestus 335 gaming mouse, 2,000Hz is actually quite conservative in comparison to the competition.

Brands like Corsair and Razor already have products on the market that do 8,000Hz, which is a much bigger number. It’s our job to tell you though that bigger numbers aren’t necessarily better, especially if you believe in diminishing returns. To make a point, one must determine the response rate of a 1,000Hz mouse. I’ll spare you the math and confirm that it translates to 1 millisecond. Not too shabby.

As such, the 2,000Hz on the Cestus 335 brings that response time down to .5ms, while 8,000Hz drops to just .125ms. For most, 1,000Hz is already enough, and 2,000Hz is a luxury. However, 8,000Hz is basically instantaneous. World-class esports players may find it interesting, but us mere mortals probably won’t play any better with the such high polling rates. Regardless, a good polling rate does reduce the feel of the system latency though, which is always welcome. I’ve also seen a few too many ridiculous plays and photo finishes in esports to where I won’t shrug off the potential benefits of 8,000Hz polling in the future.

Your next gaming battle glove?

Yet while the other gaming mice on the market with “hyper-polling” rates may technically be faster, Acer Predator is doing its own thing with the Cestus 335. This is definitely a mouse that will be more versatile thanks to the increased number of buttons. Its aggressive styling also makes it look like some sort of actual predator, especially with those aggressive edges on the buttons. We’ll just have to see what it costs, how it feels and plays, and what the other specs are before we come to any conclusions about it.

By Andrew Farrell6 mins ago