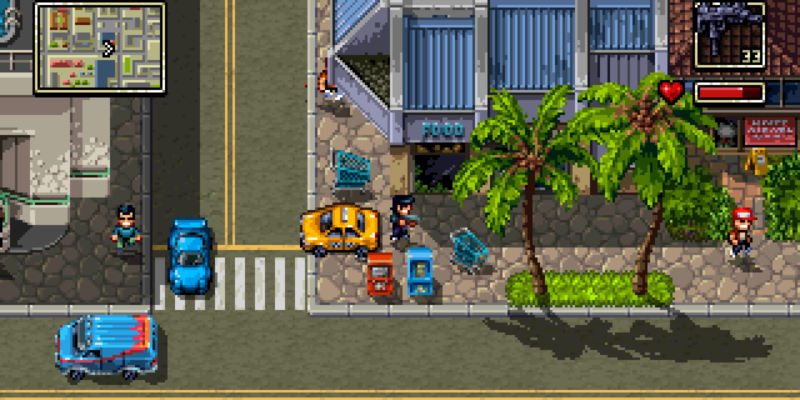 Retro City Rampage developer Vblank Entertainment is taking the top-down(ish) open city into the 16-bit era with Shakedown Hawaii. Set 30 years after the events of RCR, protagonist The Player must come out of retirement to rebuild his empire.

There’s not a whole lot of other information available right now, other than that Shakedown Hawaii will ‘officially’ debut at San Francisco’s ‘PlayStation Experience’ event in December. Despite all the Sony branding, it is coming to Steam as well (confirmed by the description text for the video below).

Here’s how the game is looking at present.

Watch the first hour of Just Cause 3, if you fancy