The Age of Empires series has always reveled in taking players all over the world and deluging them in history. From the Egyptians carving a place for themselves in the Nile River Valley to the Iroquois helping Washington cross the Delaware, there are plenty of opportunities to depict famous conflicts that are too often ignored by other mediums, and Age of Empires IV continues that trend with aplomb.

No gunpowder? No problem.

Blast from the Past

Relic Entertainment picks up the reins this time, and they are no strangers to the real-time strategy genre, having previously brought us award-winning titles such as Homeworld and Company of Heroes. Age of Empires IV spans 500 years, from the Dark Ages to the Renaissance, and features eight factions over four campaigns: The 1066 Battle of Hastings, the Hundred Years War, the Mongol Invasions, and the Birth of Moscow. Each story is about eight missions each, and every mission is interspersed with high-quality narrated cutscenes that merge dramatization and animation and are quite fascinating. These story bits do a great job setting up the context for each mission, which — spoiler alert– often come down to three things: ascendancy, family squabbles, and unlimited power!

Seriously, the scent of history hindsight is so strong in these games that you could almost conclude these old-timers waged war for lack of anything better to do. Rich people problems aside, you will learn a lot from playing Age of Empires IV, which almost feels like playing through a documentary straight off of The History Channel, but with fewer aliens. You are able, of course, to skip these bits at any time and jump right into the action. These battles consist of the tried-and-true scenarios that are part-and-parcel of the RTS scene. Your guys are blue, the bad guys are red, allied or neutral units are yellow or white. You will either be attacking, defending, or completing a specific task, such as the building of a wall or the flanking of an overwhelming foe. There is almost always a secondary objective or back route to complete your main task.

Some scenarios have fail states or timers, but it is almost always impossible to fail unless you completely squander your resources. (You’re making history, after all. The odds are in your favor that you will win. You wouldn’t want to disappoint history, would you? Has history seen your latest report card?) To like the RTS genre is to like this setup, so I’m not complaining, but it would have been nice to see a little more variety on this front, such as an escort mission or two. I did like the ability to man stone walls with archers and footmen (and even storm them with siege engines!), a mechanic I do not believe was present in previous entries, and the ability of scouts to automatically gather livestock is a nice touch. Not being able to see the supply cost of individual units is a bit archaic, though.

Kiev weather report: Smoky with a chance of death.

All this is well and good, but we all know why we are really here: is it fun to make war in Age of Empires IV? Absolutely! If you’ve played an AoE game before, you know what to expect — each of the eight civilizations has common fighters and research trees, but does change things up a bit with faction-specific units such as the Chinese horse archers, which can shoot while moving (great for antagonizing the enemy) and the French Arbaletrier, which can switch between a ranged and melee stance depending on the situation. Hero units (like Joan of Arc!) can cast buffs on surrounding units or speed up the production of buildings. Mongols can pack up and move their structures, consistent with their nomadic predilection, and can burn enemy emplacements to accrue resources. The fearsome English Trebuchet trumps all other artillery in the game, and Russian space-lasers make short work of enemy sub-pens. Wait, no, wrong game.

A detail I have always appreciated about the Age of Empires games is the way the units in each faction mutter in their native tongue when responding to orders or engaged in the thick of battle, and the presentation on display here lives up to this standard in spades. Hover over a crowd of soldiers during a moment of calm and you will hear idle chatter. Being set almost exclusively in Europe, the landscapes are mostly rocky wilderness and rife with wildlife (some of it quite aggressive) that can either be harvested or ignored. Melee infantry smashes into each other in a cacophony of screams, swords, and steel. The violence is chaotic but bloodless, with the only stuttering occurring momentarily during the game’s (frequent) autosaves. I look forward to the day when an RTS developer adds a quick-save key.

“So I said, ‘Arbaletrier? But I hardly know her!'”

All is Not Fair

Age of Empires III divided some of the fanbase by focusing on famous historical conflicts as a backdrop for a fictional fantasy story about the Fountain of Youth. While that was indeed ridiculous, the game also introduced a “home city” card system that allowed you to build experience on the battlefield to put toward the construction and management of a “deck” system, wherein you could call in specialized units of your choosing during battles. This is completely absent in Age of Empires IV, which on the one hand returns to the series’ roots of strictly historical arenas, but abandons the mechanics that made its predecessor stand out in the genre. Also, as a gamer, music has always meant a lot to me. Here, the dynamic ambient tracks, while totally serviceable and inoffensive, lack the oomph and distinct identity of Stephen Rippy and Kevin McMullan’s brooding orchestral majesty that felt ripped from the New World and the conflict surrounding it.

The game’s difficulty curve is also wildly inconsistent. AoE III was the perfect challenge in my opinion. I completed Age of Empires IV on normal difficulty, and breezed through the English campaign without failing a single objective. Then I got to the Siege of Paris mission during the Hundred Years War and the game suddenly decided it wanted to be challenging. I beat my head against a stone wall for days until I discovered the gimmick to winning was as simple as spamming a single unit type and throwing it at the enemy. In fact, this turned out to be the solution to every “challenging” scenario in the game. Nearly every victory comes down to a war of attrition. My go-to strategy was to shock and awe the enemy with a cavalry rush followed by archers and melee to clean up the rest, which is fine (because that’s how it usually went down) but don’t expect brilliant mission design on the level of the Terran campaign from StarCraft II.

As far as PvP goes, I am the wrong person to ask. I am by no means a competitive player, and will take a friendly skirmish against a soulless AI over Joe Zerg Rush any day. In that regard, the game is a blast, and I experienced absolutely no latency issues during my sessions. Pair this with the above-average and lengthy single-player and you are guaranteed to have a fun time.

While Age of Empires IV is a solid package, it is also quite conventional, and $59.99 USD might seem like a steep price for some considering the amount of content present. There is a load of unlockable bonuses, mostly in the form of videos relating to the culture and technology of the playable factions, and I have no doubt Relic will release new civilizations or campaigns in the future depending on the game’s reception. But at the end of the day, if you are a fan of real-time strategy and history, you’ve undoubtedly come to the right place.

Age of Empires IV is a fun, well-executed slice of real-time strategy that doesn't quite bring anything new to the table. 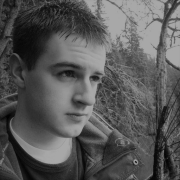 By Cameron Woolsey4 days ago
Reviews