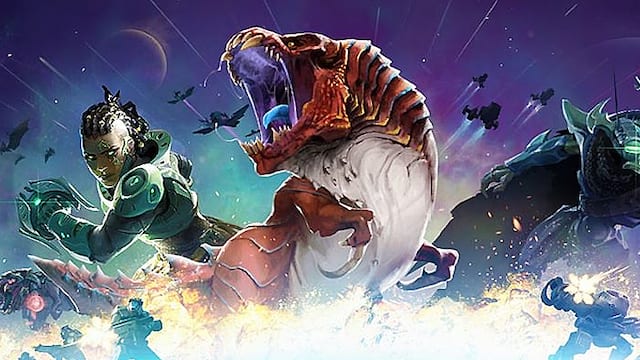 Those of you that expected a huge update from Age of Wonders: Planetfall are in for a treat, as a dino-sized one just dropped. Paradox Interactive and Triumph Studios just released the Tyrannosaurus Update for the hit strategy game, which brings “the largest content update ever.” It includes a number of fan-requested improvements, along with other things to keep players busy.

The trailer below provides a glimpse of what’s in store once the update is applied, but here’s a quick breakdown of what’s included.

First off, you’ll find increased ranges for difficulty settings, through a variety of sliders that can be adjusted. These can go from a very casual gaming approach to an “extremely intense” experience best recommended for experts.

A number of new Exploration Sites are also available, bringing additional strategy and gameplay into the fold. This includes the awarding of unit buffs, along with a number of economic bonuses.

And for Planetfall fans that have awaited the return of No Colonizer Mode, good news — it’s here. Now you can block out pesky colonizers that bother your established communities. As a result, your battles can become more military-focused, with less sizable empires at stake.

This update will bring in a number of game modes, along with improvements to both the main campaign and tutorial. You can check out various balance tweaks, as well as a more streamlined interaction system with terrain and colony economy. And for those that want to dig a little deeper for bonuses, secret Tech starting units and rebalanced Special Operations await.

More details are available on the official Age of Wonders: Planetfall website, and it breaks things down nicely. But if you’re a fan of the game, you’re going to be busy for some time. We’d bet our favorite Velociraptor on it.

To celebrate the new update, the price of the game is currently lower on Steam. You can get it right now, for a limited time, for only $24.99 USD. The Deluxe Edition is also available for a few dollars more, going for $29.99 USD.