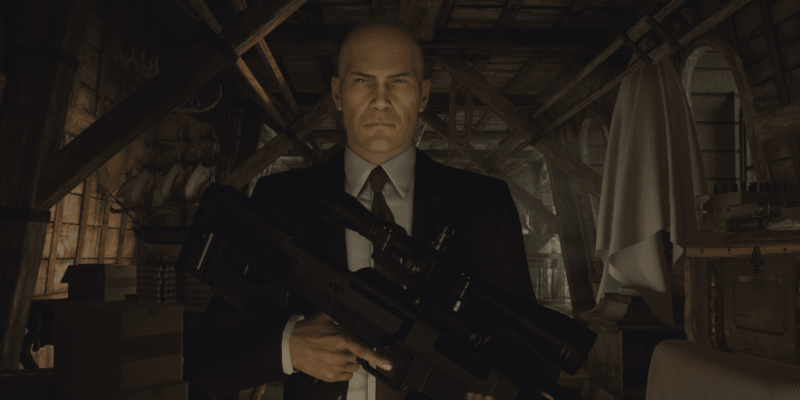 The experience of visiting Gamescom appears to have put a few years on Agent 47’s face, if these new images of Hitman are any indication. Either that or his penchant for disguises now extends to making himself look older.

Earlier Hitman videos had Agent 47 looking kind of smooth and almost cherubic, but now he looks like the rather more mature gentleman above.

As a reminder, here’s what he looked like during the E3 2015 trailers. A bit like Crystal Maze era Richard O’Brien.

“It’s a skill game, and an automatic lock-in” – Agent O’Brien.

Maybe he appears as a different age depending upon which level you’re tackling. I don’t know.

Here are the rest of the Gamescom Hitman images. They’re not exactly scintillating (unless you like seeing the back of Agent 47’s barcoded head, or him peaking around a wall,) but the shot of a guard being tossed off a building is quite nicely framed.

Hitman is coming out in December. Although not all of it.