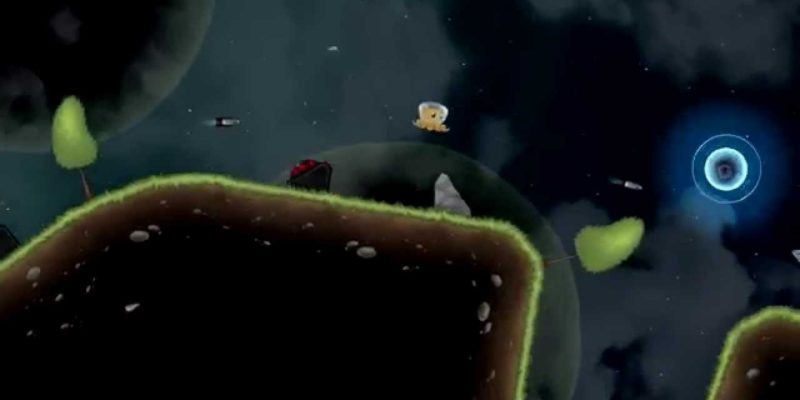 Airscape: The Fall of Gravity is a gravity-shifting platformer that follows an adorable little Dumbo Octopus on its quest to save its family from a mechanical alien race.

Airscape is deceptively adorable, one would believe it’s child’s play. Maybe it is, if you’re a child who enjoys complex levels that’ll have you planning all your moves. Jump, dodge, and swim your way around any of the 60+ levels and avoid running into any robotic terrors. It’s tempting to let the beautiful environment and soothing soundtrack lull you into relaxing, but you’ve got an octopus family to save!

The game is breathtaking, allowing you just enough time to take it in as you seamlessly transition from swimming in gravity-defying water blobs to running on floating islands. Life for a little squid is tough, but that doesn’t mean it can’t be beautiful.

Airscape: The Fall of Gravity will be available on Steam beginning August 11, 2015.