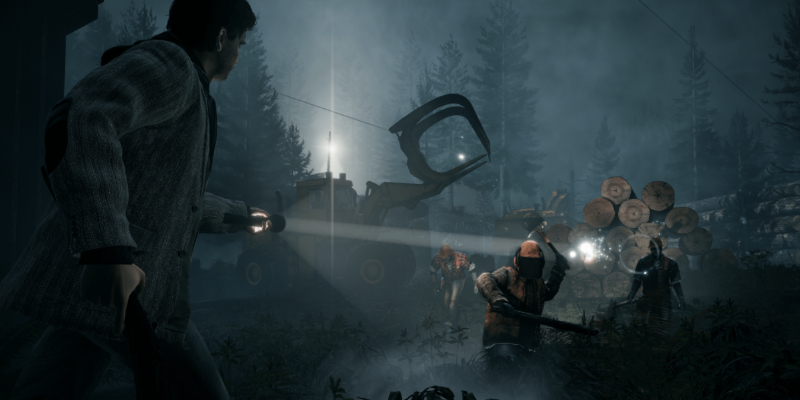 The additional 28 games announced owe the Unreal Engine 4 DLSS plugin for making this possible. This plugin makes it faster and easier for games running on Unreal Engine 4 to integrate DLSS support. Some of the games on the list include Frozenheim, Mortal Online II, and To Hell With It.

What is Nvidia DLSS?

Alan Wake Remastered is not the first game to take advantage of DLSS. Nvidia DLSS is a newer type of anti-aliasing that was first introduced in 505 Games’ Control. Anti-aliasing is an important aspect of making a game look good. It helps remove jagged edges from environments and models to make the world look more natural.

Traditional anti-aliasing techniques like MSAA and FXAA come at a cost. Whilst active, most games will take a notable performance hit due to the extra strain placed on the GPU. The stronger anti-aliasing used, the larger the performance hit. At least, that was the case before Nvidia DLSS came along. 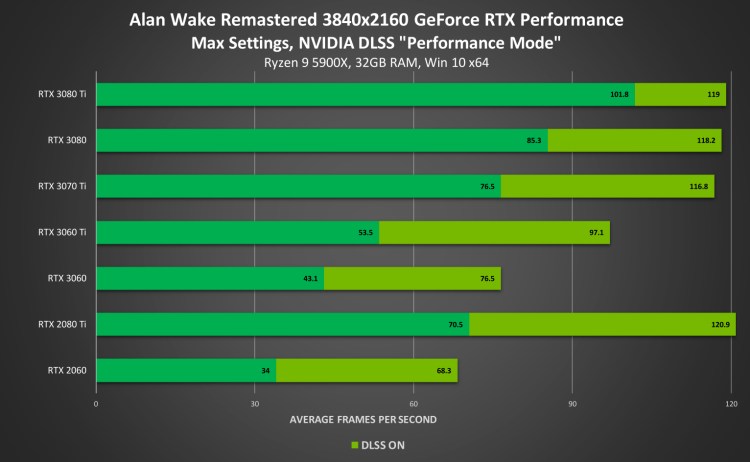 Unlike older anti-aliasing methods, Nvidia DLSS actually improves performance when used. This is particularly useful when playing at higher resolutions like 1440p and 4K. Large-budget AAA games benefit most from having DLSS support. It allows the developer to go all out with its visual design choices without having to worry about potential performance issues.

This is backed up by the information in the blog post. At 4K resolution, Alan Wake Remastered runs “up to 2x” better with Nvidia’s software enabled. This is dependent on GPU, but the biggest improvement was made with an RTX 2080 Ti. On max settings at 4k, DLSS improved the average FPS on this GPU from 70 up to 121.