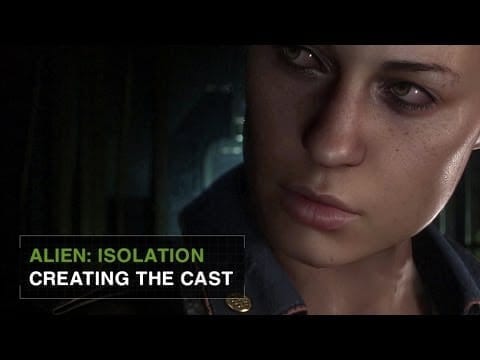 Sega has released the final Insider Video of their developer diary that further details about the game’s narrative and its lead characters.

With new footage, including in-game cut scenes and information, it also divulges what went in to the casting of real-life actors and the motion capture technology used to bring the characters to life.

Alien: Isolation is a survival horror set in an atmosphere of constant dread and mortal danger. Fifteen years after the events of Alien, Ellen Ripley’s daughter, Amanda enters a desperate battle for survival, on a mission to unravel the truth behind her mother’s disappearance.

As Amanda, you will navigate through an increasingly volatile world as you find yourself confronted on all sides by a panicked, desperate population and an unpredictable, ruthless Alien.

Underpowered and underprepared, you must scavenge resources, improvise solutions and use your wits, not just to succeed in your mission, but to simply stay alive.