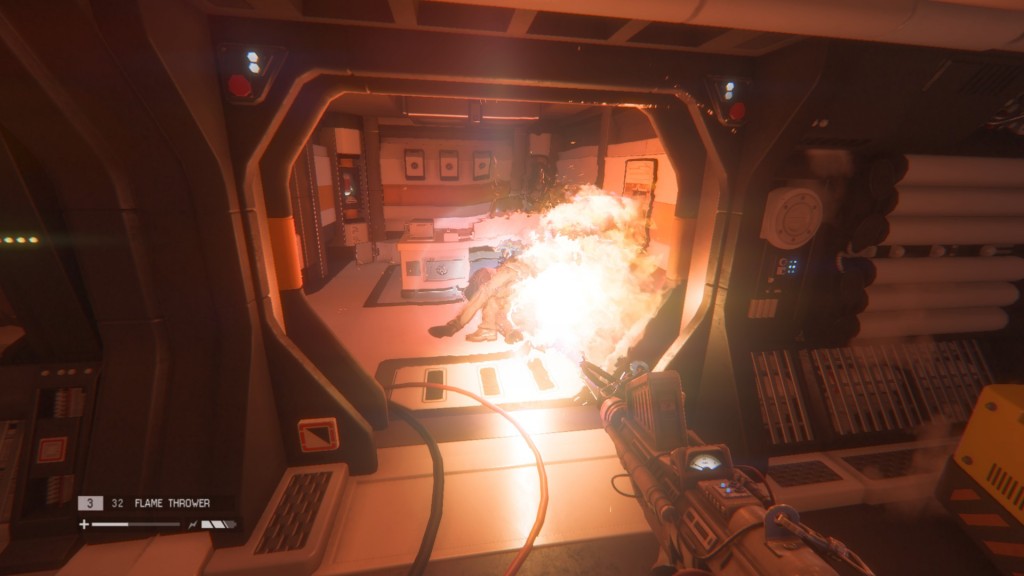 Creative Assembly push out a new update for Alien Isolation which will make it easier or harder depending on how brave you are.

A couple of new modes have been added to Alien Isolation to cater for players looking for a real challenge or players who want to be a little less stressed while avoiding our  alien chum in the dark corridors.

The Nightmare mode sounds horrendous because it comes with a broken motion tracker which is unreliable, a more authentic fuel burning flamethrower, less resources, reduced UI indicators, enemies are even more dangerous, a more hostile environment with a map system that’s offline, and an even more aggressive alien.

If that’s just a little too much and you want to save your underwear, there’s always the Novice mode which comes with a less aggressive alien, combat is “less dangerous”, and there’s more resources. Sounds like a walk in the park compared to Nightmare.

The update is available right now via steam and it’s completely free. Why not have a run around on Nightmare, because let’s face it, you need to be even more terrified as the alien stomps looking for blood. Go on. You know you want to.