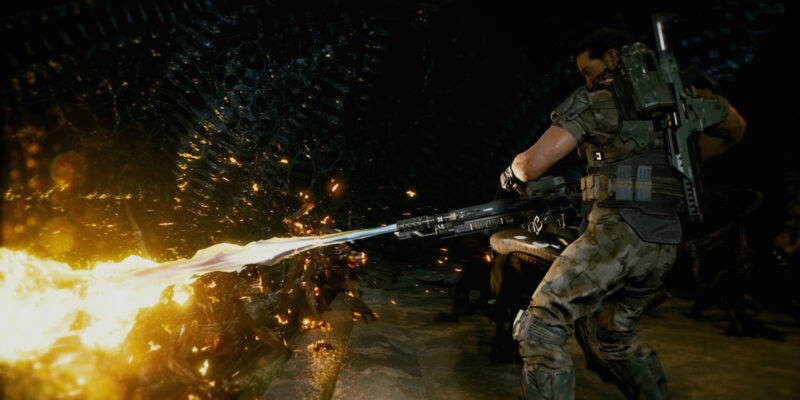 Fighting off waves of powerful monstrosities alongside friends is a great way to spend an evening. Xenomorphs are a foe so powerful that, last time we went up against one, we only went up against one. Regardless, Aliens: Fireteam Elite takes a familiar approach and throws hundreds of Xenomorphs into the mix. Only, they’re not quite as threatening this time around. At least, not individually. In numbers, they’re certainly nothing to sneeze at. The game is set to release in about a month, so I, along with fellow PCI members Cam and Blake, got to take the game for a spin and see what it has in store.

Aliens: Fireteam Elite begins with a cutscene, followed by a character creator that lets you design your own soldier. Upon doing so, you’re dropped onto the deck of a ship where you can talk to NPCs, purchase new equipment, and change your loadouts around. For the purposes of this preview, several levels were made available, along with a traditional horde mode. Fitting in with similar games, there’s a selection of multiple classes to choose from. I went with the engineer, who can place turrets. Cam was a doc, so he had a device that could create a healing field. Blake went with the heavy gunner and had an M56 “Smartgun.” Hoorah.

Each of the levels in Aliens: Fireteam Elite is a basic affair. A waypoint shows up onscreen to guide you to your next objective, which is usually to interact with an object or gather data. Along the way, groups of Xenomorphs will attack your team. And I do mean groups. In each level, the three of us would kill hundreds of them. They’re mostly not the giant, insanely powerful variety. Instead, many of them are instead smaller and can be dispatched with a single shotgun blast or magnum round, depending. 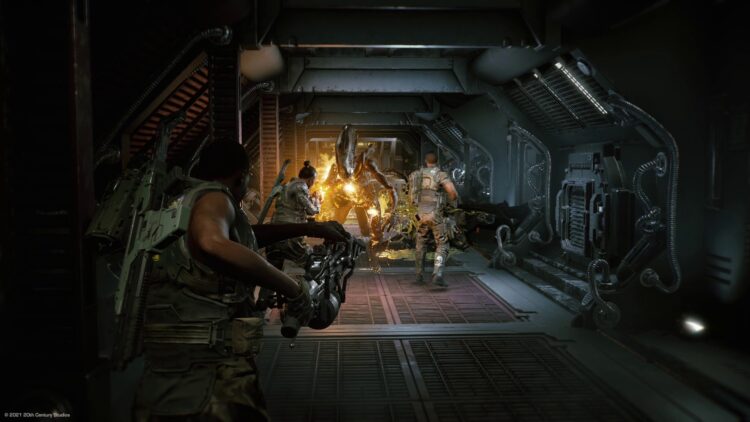 Hello my baby, hello my honey

Since Aliens: Fireteam Elite is a game primarily concerned with shooting things, said shooting needs to be good in order for the game to hold any appeal. Personally, I rather enjoyed it. Even in the preview, there are a decent amount of guns available. Pistols, shotguns, SMGs, rifles, and a flamethrower can be readily obtained. Although the different classes each have their own starter weapons, you can choose what guns (and attachments) you want by buying them from an NPC. Ammo and consumables are both readily found in boxes placed in holdout spots, so you won’t have to worry about running low on ammo most of the time. Consumables include turrets and mines that help with fending off attacks. As you play, both classes and weapons level up, which grants more perks and bonuses.

Aliens: Fireteam Elite does a great job of looking and feeling like you’re taking part in the Aliens universe, with a lot of dark, industrial environments. Xenos often explode into a puddle of acid that hurts if you step in it, and their assaults can be downright vicious. When they get close, they’ll tackle you, resulting in a QTE that, if failed, will require your teammates to blast them off of you. Larger Xenos will even run off into vents, forcing teams to be on their guard against them. The first level ends with a desperate standoff as your team waits for an elevator. Even on the standard difficulty, we were given no quarter as we struggled to keep the hideous foes at bay.

We did notice our fair share of bugs, including character models teleporting, objects falling through the floor, and some skills not working properly. The lack of lip-syncing is also notable.

Overall, I’m looking forward to spending more time with the game when it launches, as it’s an enjoyable team PVE game, especially if you’re already fond of the source material. It may be kind of weird to dispatch Xeno after Xeno with a pump-action shotgun, but they make for enjoyable fodder. At least, when my team wasn’t backed against a wall and the tables were turned. 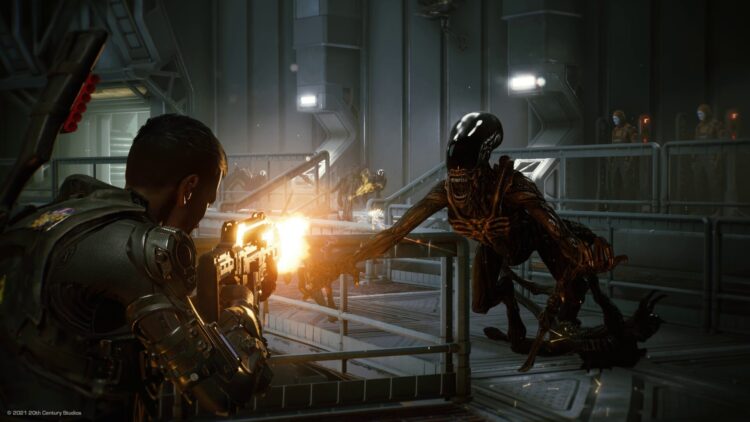