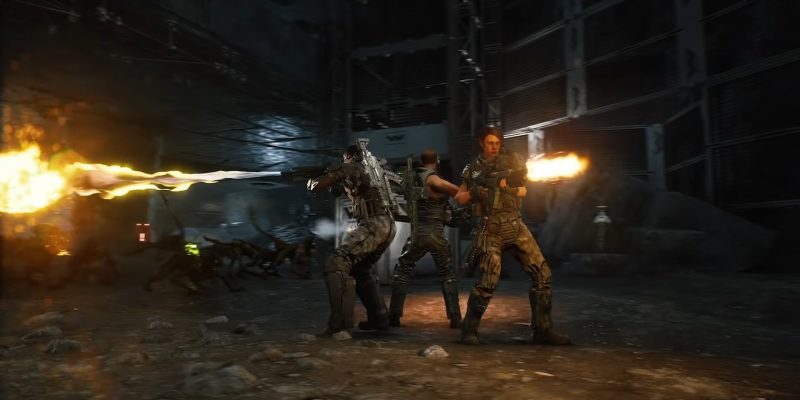 Ever since the movie Aliens, games have tried to recreate the terror and desperation of its marines fighting against overwhelming odds. There have been few successes, and, well, let’s just say that others haven’t been so lucky. But it’s been a good minute since Aliens: Colonial Marines dropped with an audible flump. Now may be the time to revisit the dark, sci-fi corridors crawling with xenomorphs. Hopefully, Aliens: Fireteam Elite (once called just Aliens: Fireteam) won’t disappoint when it reaches its release date of August 24.

It’s promising so far, I’ll give it that. Aliens: Fireteam Elite appears to focus less on narrative and more on shooting, burning, or blowing up hordes of aliens. It’s a third-person shooter, allowing you and a couple buddies to choose a class and kick some ass. The fully co-op game charges you with moving through four campaigns, each swarming with angry xenomorphs. But don’t worry about having to go it alone if you don’t have anyone to play with. The game allows you to team up with computer-controlled partners, as well. Let’s just hope they’re smarter than some of the film’s marines.

Luckily, you’ll be bringing plenty of firepower. You’ll have your pick of multiple classes, each with their own abilities, gear, and exceptionally loud weaponry. The release date trailer for Aliens: Fireteam Elite shows some of those classes off, along with showcasing some of the franchise’s famous weapons. Of course, you have your standard Pulse Rifle and Smartgun, but you can also equip a flamethrower if you’re hungry for BBQ.

You’re going out there to destroy them, right?

The new video does give us the release date for Aliens: Fireteam Elite, but it’s really more of a pre-order trailer. Pre-ordering the game grants you some cosmetic options and an emote. There’s also a Deluxe Edition with four cosmetic DLC bundles, if you’re looking to dress up your marine. The Deluxe version is going for $69.99 USD. However, the base game is only listed at $39.99 USD, which is lower than the standard price of games typically.

Aliens: Fireteam Elite will be available for PC via Steam when it releases August 24.