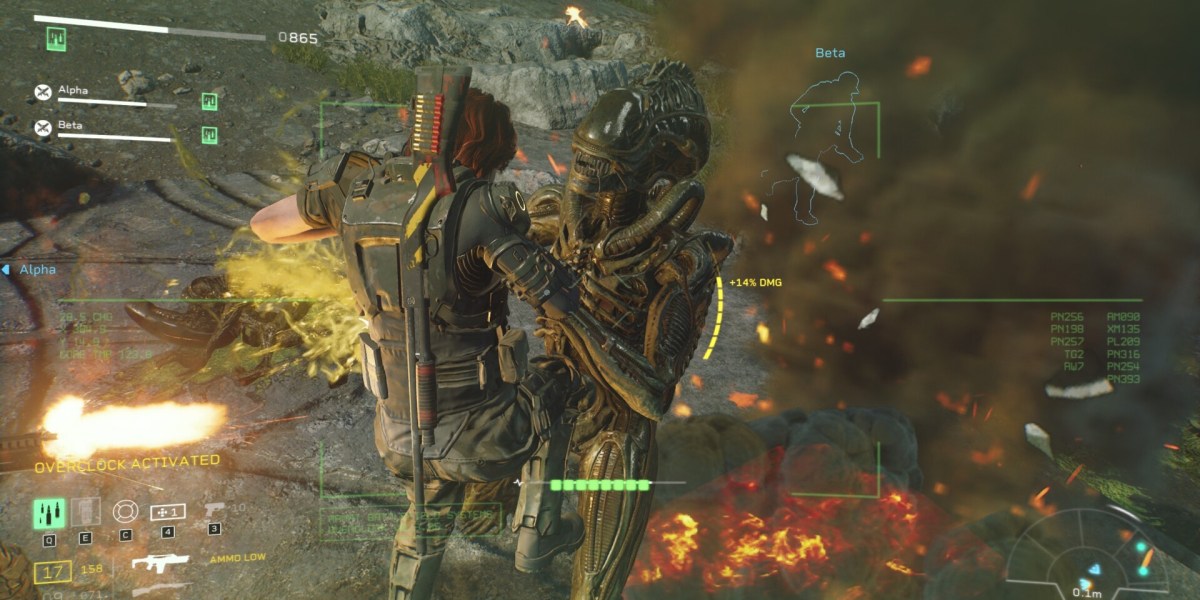 My big worry going into Aliens: Fireteam Elite was that it was going to only have Xenomorphs as enemies and nothing else. While the game avoids this, it strangely does less than it could have, making for a more repetitive experience than need be. Still, shooting Xenomorphs and watching their heads explode into green chunks, only for their insect-like corpses to leave acidic smears on the metal and rock beneath them, is consistently satisfying. The visuals are mostly above board, the gunplay is tight, and the action is intense and visceral. But there’s a suspiciously small amount of content on offer, as well as a distinct lack of ambition on display, which left me disappointed.

For the most part, Aliens: Fireteam Elite is a short, class-based shooter. There are three campaigns, divided into 12 individual missions, plus a horde mode with a single map. Initially, there are three difficulties, but two more challenging ones become available once you complete the main campaign. There are also five classes, with one of these locked behind game completion as well. If you’re the type who likes to grind out different classes, then you’ll get the most out of the game. But if you’re not, you might find yourself burning through the game in six to eight hours.

Let’s start with the most important thing: gunplay. All classes carry two primary weapons, as well as a sidearm in the unlikely event that you run out of ammo. Weapon types include rifles, CQWs (close-quarter weapons like shotguns and flamethrowers,) heavy weapons, and pistols. Specific classes have different weapon slots. The gunner carries a rifle and CQW, the demolisher has a rifle and heavy, the doc has a rifle and a pistol. There aren’t a great many guns, but I don’t mind this so much, since you level them up with use. Leveling a single gun up takes long enough that you won’t get it to max even if you use it to beat every campaign mission. 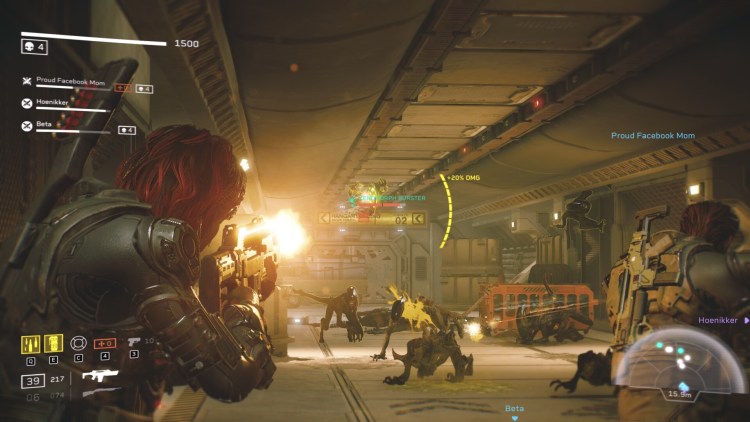 The shooting is enjoyable, which is good since that’s what most of the game is about. Guns feel impactful and deadly, and enemy reactions to getting hit are squelchy and accompanied by solid sound design. The sickening crunch of a Xenomorph’s head blasting apart doesn’t really get old, which is good, because you’ll be fighting thousands and thousands of them. You’ll seriously be seeing over 500 of them in most missions.

There is a solid variety to them as well, thankfully. Most of them are the smaller runners, but then there are the prowlers that pounce on you, the bursters that explode, and the spitters that spit acid at you. Then there are the heavier types, such as the drone, the more powerful warriors, and the hulking prometheans with armored heads. The Xenomorphs are easily the best enemy here, which the designers clearly understood (and it’s the way it should be). It’s truly hectic to fight off a swarm that’s rushing in at you, which is where Aliens: Fireteam Elite is at its best.

There are actually two whole other enemy types. You’ll face off in firefights against Weyland-Yutani synthetics, as well as fight off swarms of zombie-like enemies accompanied by tiny, white bugs. The synths are honestly quite fun to fight, as switching from blasting hordes of Xenomoprhs to taking cover and popping the heads off of humanoid enemies makes the action more varied. The zombie enemies are kind of boring, though, as they just run at you and pose little to no threat. Although, they only show up in a single mission. I do mean that, by the way. You see them one time and then never again. This leads me to one of my main complaints with Aliens: Fireteam Elite. 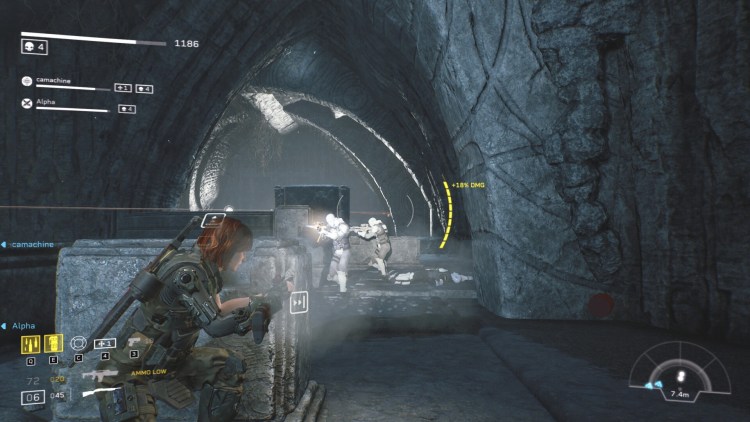 Why does the game even have more enemy types?

As stated, the zombies are the focus of one mission, while synths show up for two. The synths briefly appear in another mission, but that means that nine of the 12 missions feature players going up against mostly the same bunch of Xenomorphs. Elites show up more frequently down the line, plus eggs containing facehuggers make an appearance towards the end, but there’s a surprisingly small amount of enemy intersection. In a mission or two, Xenos and synths will show up simultaneously and fight amongst themselves, but Aliens: Fireteam Elite doesn’t use this sort of thing much.

Honestly, it’s a waste. Mixing and matching different enemy types in varied combinations would have been much more interesting from a gameplay perspective than simply fighting Xeno after Xeno, mission after mission. I understand why it was designed this way, but it still makes for a more repetitive experience when the tools for unique circumstances were readily available. So much potential remains in the game that went untapped for reasons unknown.

At least the environments fare better. Each of the four campaigns in Aliens: Fireteam Elite takes place in a notably different setting. The first is a typical abandoned station, but it’s followed by a trek through the caves and surface of a planet. Then we get to go to Promethean ruins, and the game climaxes by taking us into an abandoned industrial complex that’s been transformed into an organic Xenomorph nest. Objectives are mostly waypoints pointing you to a panel or object to interact with. Doing so triggers a wave of enemies. You can also find intel collectibles that unlock new bits of dialogue on your base ship, or hidden caches that contain consumables, equippable perks, or cosmetics. 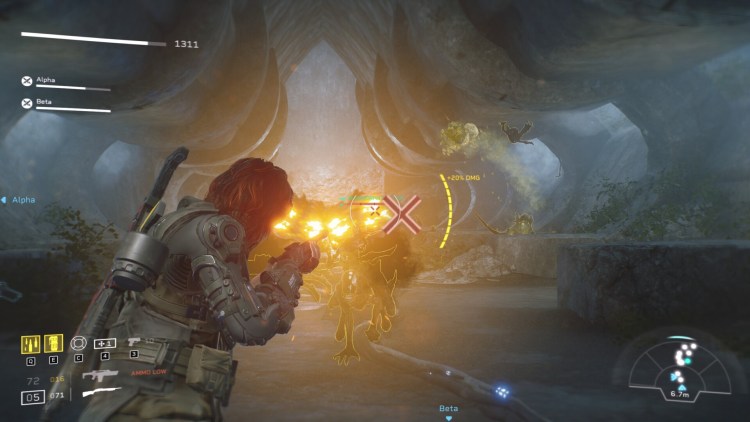 The game looks good, with focused art direction and good use of lighting and textures. The Xenomorph models aren’t as intimidating as they could be, since they’re mostly of the smaller variety, but they’re still eerie and threatening. Their animations can behave oddly from time to time, as they have the tendency to teleport, vanish randomly, or their bodies fall through the floor. Granted, there are dozens of them onscreen at once, so I don’t mind this too much. It’s also quite humorous to watch their models jitter or fall at times. Getting jumped by prowlers is annoying, though, as they wait in areas that can’t be seen and basically teleport on top of you. In the last level, you even see a queen, although you don’t get to fight her. Bizarrely, there isn’t a single boss battle in the entire game, which is another missed opportunity.

It can take a dozen hours or so to level up a single class all the way, which further unlocks a grid that perks can be placed upon, as well as new perks themselves. I like the way Aliens: Fireteam Elite handles these unlocks, as it really allows each class to become more versatile over time. Aliens: Fireteam Elite is a good game, but it just doesn’t provide as much value as it could have. The horde mode is also mostly underwhelming, as it just puts you in one spot and has you fighting wave after wave without much to note. There’s simply a lot more potential to this game that hasn’t been scratched. I’d really like to see more come to it, but I’m not sure if that’ll happen. As it stands, I think a lot of people will simply get bored before finding out if the price tag is justified. 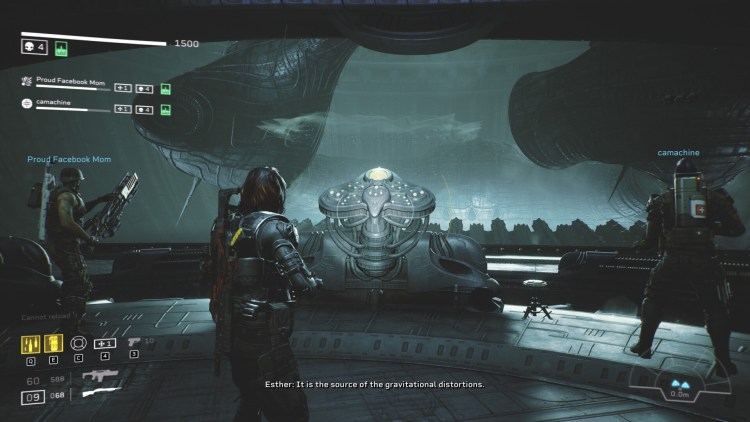 Entertaining to play, but light on content and too repetitive in spots, Aliens: Fireteam Elite isn't without its charms. But the purchase price is a little high for what you get.