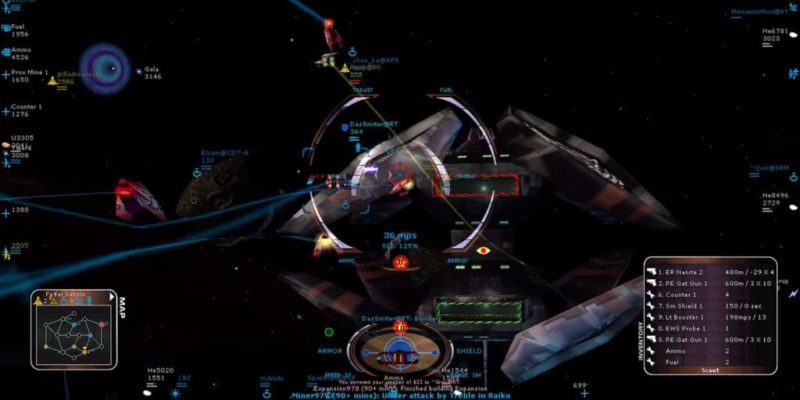 Back in March 2000 Microsoft Game Studios released their space combat/strategy game Allegiance. It proved pretty popular and managed to foster a dedicated fan base. Eventually, the game lost official support but that didn’t stop the fans continuing to play and develop the game further via freeallegiance.org.  Allegiance is still very much alive and it has finally made its way onto Steam.

Back in 2008 the game’s source code was released and that paved the way for the community to get stuck in and keep the game alive.

Since the end of last month, the team has been working on squashing bugs to get the game ready for its Steam debut. Today they announced its release.

We’re happy to announce that we are now live on Steam. Please go ahead and download the game and join us for a game!

Games may be sparse until we build up a population, so please bear with us, and keep coming back!

As Allegiance has been free for quite some time, it is also now completely free on Steam. The game never achieved commercial success but perhaps now it’s appeared on Steam more players will check this out. When the source code was released in 2008 the development team wrote:

Allegiance seemed to die all too soon for a variety of reasons. But we’ve been amazed at the level to which some of the Allegiance fans have remained hard-core. We’re astounded at the progress that has been made at creating new factions, hosting new servers, replacing authentication, etc.”

It’s been a long time since I played Allegiance but I do remember enjoying it at the time and I’ve seen there’s tight-knit community determined to build on the game in the past few years. Always great to see some of the older games being kept alive.