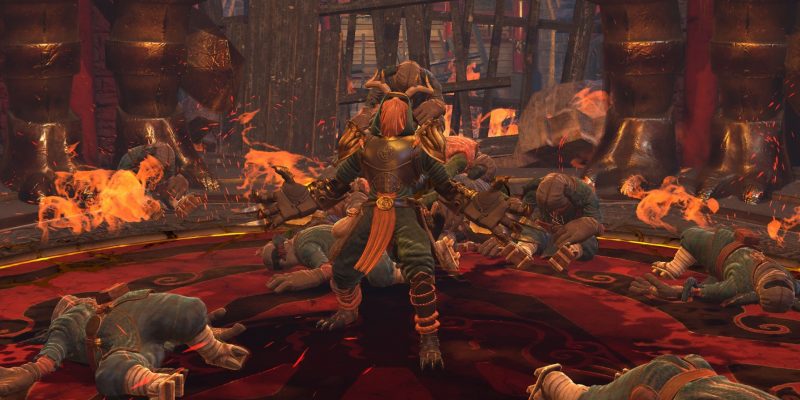 I’m gonna be blunt right off the bat. Almighty: Kill Your Gods is janky. It feels like it was conceived during that period where the dominant games shifted from mascot platformers to edgier fare. Remember Jak II? How weird the tone was? This game is like that. The world is colorful and cartoony, yet you’re shooting these ’90s comic book character-looking enemies with fire guns and punching their heads off. However, I’m kind of partial to it. The game needs a hell of a lot of work, but the question stands: is it worth it?

Almighty: Kill Your Gods is set on a series of islands. You’re some kind of undead animal stag thing. Okay, I don’t actually remember the plot. There’s this mystical ghost animal’s head that tells you to do things for some reason. There are these bad guys in bad guy outfits doing bad guy things like constructing evil towers and kidnapping cowering innocents. What can you do but savagely beat them to death? The initial structure of the game is that go about doing these general quests that “Ghosthead” gives you. The early quests act like tutorials. There are already hours of quests to do despite this just now entering Early Access.

Your main goal is to go to different islands. You’ll do this to find materials and rescue your kindred, all to bring them back to your home island. Once you’ve extracted them, you can then use the gold and resources you found to build or improve structures, and then staff them with the rescued kindred. You’re building your home base up and growing stronger along the way. Pretty solid hook. 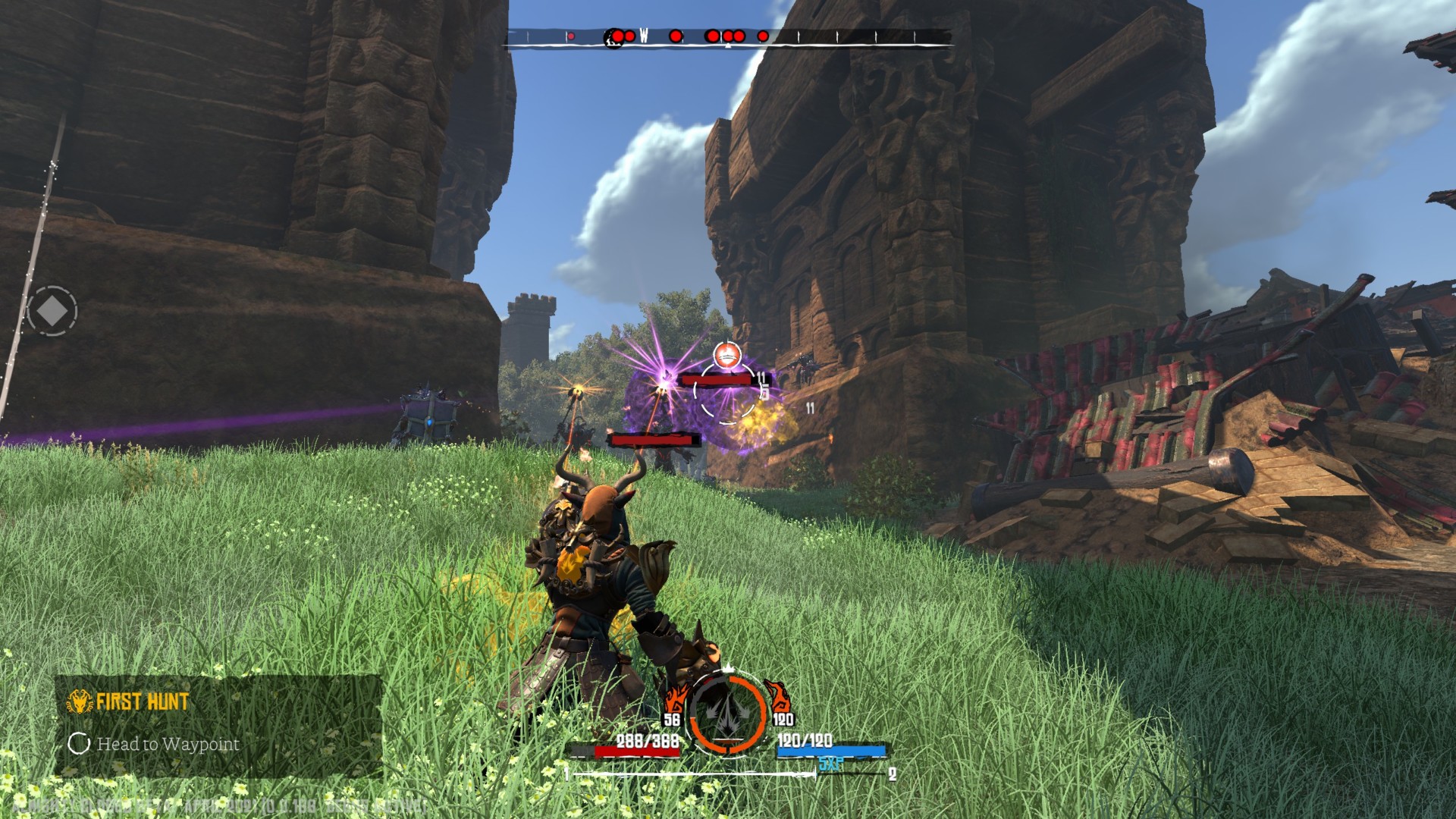 When you travel to the other islands, you’ll need to use your special “see colored silhouettes of stuff” vision to find them. As for materials, those are found in breakable objects, and you can kill enemies for meat. Or you can hit them and bring them back to your home base alive. Similarly, there are kindred to rescue. All of these need to be returned via portals, as you can’t just bring them back with you. This requires you to activate and then guard a portal while enemies swarm. Once you’ve got everything you need sent on its way, you can skedaddle.

But there are complications. For one, the combat is iffy. The ranged weapons you start with feel insanely weak, as do your melee attacks. The latter are harder to use due to the way combo attacks work. If you attack while moving, you do a single spin. In order to combo, you need to be standing still. It doesn’t feel great. Enemies also ragdoll when you hit them, which wasn’t a great choice, as they bounce all over and it can be hard to keep track of them. As far as gameplay and area design go, Almighty: Kill Your Gods does kind of feel like a relic from 2003, albeit with a longer draw distance and high-resolution textures.

Unfortunately, Almighty: Kill Your Gods suffers from truly godawful optimization right now. My framerates hang around the low 30s, sometimes dipping close to single digits. The choppiness of performance mixed with the choppiness of the combat doesn’t make a great impression. The enemy balance is also quite poor. One early-game mission took me to an island crawling with feral enemies that took dozens of hits to kill, yet they could kill me in just a couple. Similarly, surviving a portal defense could be problematic. The game is rough, I tell ya. 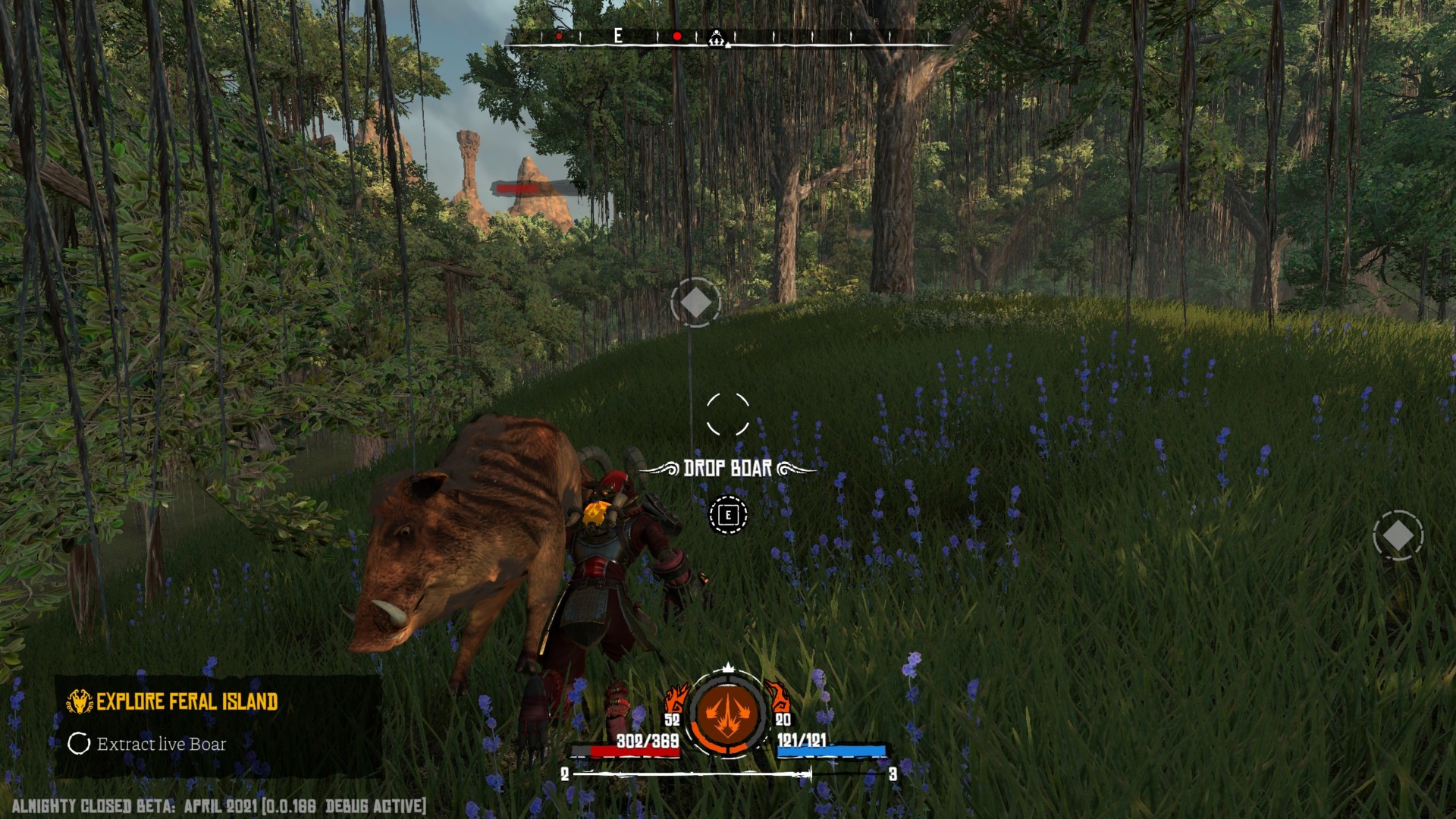 Regardless though, I do get a fair amount of enjoyment while playing Almighty: Kill Your Gods. With some polish and a willingness to address its shortcomings, the game can certainly be worth picking up. As of now, though, I’d at least wait until the optimization gets better.

By Damon Apelt4 days ago
Previews