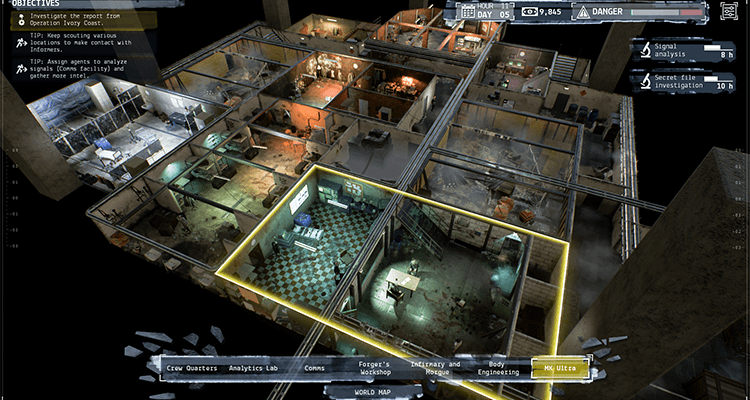 In this game which is set in an alternative history Cold War 1983, players lead The Cabal, a secret organisation fighting against a global conspiracy that’s trying to control the world. Players will have to establish a base of operations, investigate cases, train agents, forge documents and identities, research new tech, and interrogate and brainwash enemies for strategic advantage.

Phantom Doctrine is due out on PC later this year and you can read more about this very promising looking game on the official website.