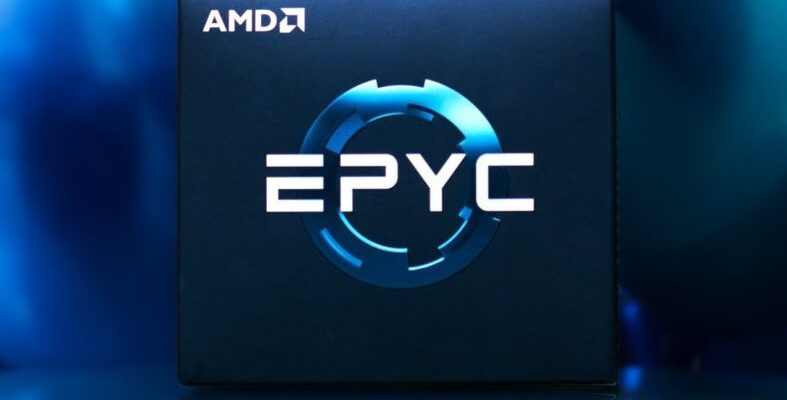 AMD has announced that it aims to achieve a 30x increase in server energy efficiency for EPYC CPUs and Instinct accelerators by 2025. This increase in efficiency is expected to help data centers and servers achieve higher performance in Artificial Intelligence (AI) training and High-Performance Computing (HPC) applications.

The goal is not only to offer higher performance, but to do so without spending an absurd amount of power.  Thus, AMD plans to improve the performance-per-watt efficiency of new server chips in the next four years.

However, AMD admits that this is no easy task since there isn’t much room for improvements in the energy efficiency of process nodes. Therefore, the company will be focusing on advancements in its silicon architecture as the main method to make its chips 30x more efficient. To achieve the 30x goal, AMD will have to improve energy efficiency at a rate of 2.5x that of the rest of the industry.

While this is a tall order, it is worth noting that AMD was able to reach a 25x energy efficiency increase from 2014 to 2020. Company leaders must feel some degree of confidence that it can achieve this, but only time will tell.

The EPYC CPUs and Instinct accelerators are heavily used in research for climate predictions, drug discovery, and many other applications. AMD’s improvements should make advanced computations and large-scale simulations much easier to handle and, in turn, speed up advances in a wide variety of fields. The increase in efficiency is also expected to help save billions of kilowatt-hours of electricity by 2025.

A trickle down effect?

While this increase in energy efficiency is meant for supercomputers and data centers, hopefully, some of the advances in technology will end up benefiting consumer products. More specifically, it would be awesome if AMD is able to incorporate these improvements into components meant for gamers. One such example that comes to mind is the recently-leaked Ryzen 6000 APUs, which are said to feature better performance and power efficiency.