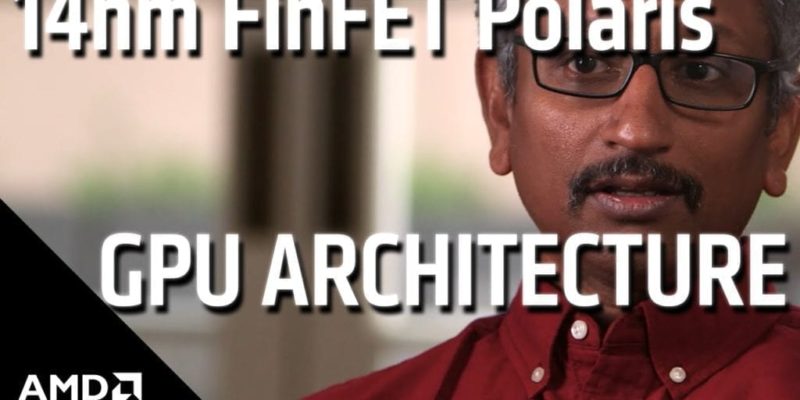 AMD dropped some bombshells at their Polaris announcement on Tuesday, not the least of which was their new RX 480, a $200 graphics card that promises “VR for everyone”.

The card, as well as all new AMD cards, feature the new 14nm Polaris architecture that decrease power consumption significantly while shooting performance up. This change has been a long while coming, with AMD’s previous 28nm architecture releasing all the way back in 2011. The jump for AMD into what they call “good VR” is really something special, considering the cheapest card to actually run VR on HTC’s Vive was the R9 290, a quite expensive, and quite outdated, card.

With all of these announcements from AMD, consumers in the PC market are in for quite an exciting year. Nvidia has released its GTX 1080 and 1070 models, providing astounding performance as a pretty low cost. However, it appears AMD isn’t taking the competition laying down, and both manufacturers appear to be delivering low cost cards with huge performance. This is the perfect time for PC enthusiasts.

AMD’s latest architecture isn’t just for the performance gain of PCs. AMD also announced its  7th generation of APUs, providing a low cost solution to PC gamers on a budget, and extending its reach to its console market.  An APU combines a CPU and GPU onto the same chip, and AMD has made huge strides in APU performance in recent years. These new APUs from AMD will combine Zen CPU cores with Radeon graphics on a single chip.

Now, if you were not aware, every major console on the market houses AMD graphics and has utilized them since the original Xbox. These new APUs could potentially provide a solution to the rumored consoles coming from Sony and Microsoft that are promised to be VR ready. With the demand that virtual reality has from consumers, as well as the hardware, it becomes a necessity to tailor a console platform to fit both needs in its own respective ways.

The PlayStation Neo  and Xbox Scorpio have promised huge performance increases over their little brothers (or sisters), the PlayStation 4 and Xbox One. The largest hurdle for Sony and Microsoft would obviously be cost. In essence, this becomes relative considering the output of the given hardware and the end result, being, what console players are willing to pay for the best option. Before the announcement of these new APUs, it would be next to impossible to deliver a console that would be VR and 4K ready without going into debt manufacturing the units.

Throwing a high performance APU in the mix, with a $199 “VR ready” graphics card could certainly stir up the console market, and provide a path to release these consoles, while still flipping a profit in the end. The idea of combining these chips may not be too far-fetched, either. Microsoft has been hinting that combining an AMD APU with an external GPU may be the future of console gaming on the Xbox platform.

A rumored look of the “Xbox Two”

It really makes sense too with external enclosures becoming more accessible and reliable, like the Razer Core or even the Alienware Amplifier. Even the Amplifier isn’t new technology per se having released approximately one year ago. This could mean that consoles are moving into more of PC space, where upgrading a system may not be mean buying a whole new console, but instead upgrading parts on the system to increase performance.

A side view of the Alienware Amplifier.

For console gamers, times on the horizon may seem pretty exciting, but consoles begin questioning their own space in the market. The gap they originally filled between high cost, high risk, and bulky PC and the casual market is slowly closing. PCs becoming cheaper and easier to put together, and consoles becoming more and more complex. Adding the focus on VR creates an unavoidable gap that either side has to traverse, but it starts to create a focus point that some would argue, puts us right in the position we are seeing right now with AMD’s abundance of announcements.

AMD seems to have the right idea, though. The company is right track in providing “VR for everyone” by supporting both the lowered price point in graphics processing, and coupling its efforts to provide a less expensive route for overall, raw processing power. However, that doesn’t necessarily mean VR on console. While costs will get cheaper for console manufacturers, cost will also get cheaper for PC enthusiasts, and with it may come a surge of new PC players.

And we haven’t even talked about where this situates the Nintendo NX, who may find their own way to squeeze into this VR realm, with the NX rumored to house AMD APUs, being called “incredibly powerful”.

Consoles have served a purpose for a line time, and it seems Sony and Microsoft will continue pushing the envelope as technology evolves. With the continued support of Windows 10 as a viable platform, Microsoft continues to blur the lines between its once heavily segmented markets. AMD is providing an attractive solution that will deliver the performance consoles are boasting at a low cost, but those options (and more) are available to the PC market as well, and the tech gap is slowly closing on these two major consoles and PC. While the upcoming years will certainly be exciting for gaming technology, it may not mean huge sales for the upcoming consoles from Sony and Microsoft.

Allison Road has been cancelled