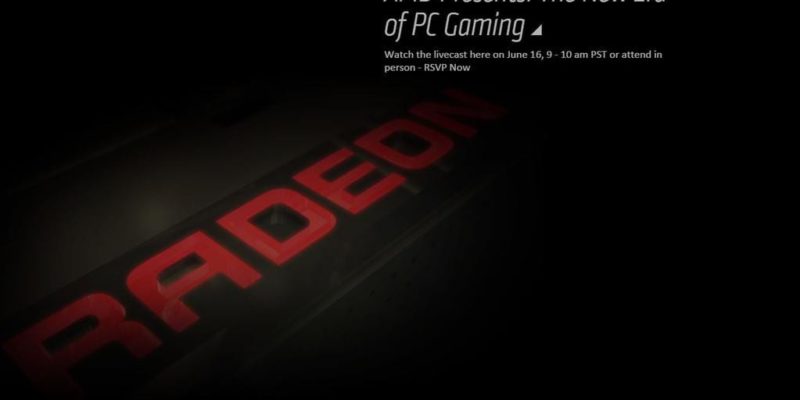 E3 hype never dies, it just cools down for eleven months or so between events; today, AMD are joining the cast of companies making overly bold promises with a teaser page for a big AMD Radeon GPU announcement on 16 June.

The announcement looks like it’ll relate to a spanking new Radeon GPU line-up, currently operating under the codename of Fiji. As with most graphics card announcements these days, it’s highly likely these will be available as soon as they are officially unveiled.

The big buzz words in the world of AMD Radeon GPUs are “high bandwidth memory” (HBM). This will apparently make chips faster and less power hungry compared to the standard GDDR5 memory. HBM is smaller and takes up less room on a card, so we could see a reduction in size and even more memory added to the saved space.

Expect an announcement of what is believed to be called the Radeon Fury on 16 June at 9-10 AM PST. You can follow the event live by signing up to watch via this page on AMD’s site.