In a way, the Texas map expansion for American Truck Simulator feels like a moment that the developers at SCS Software has spent nearly seven years building up to. The game has grown considerably in complexity and scope since its humble 2016 roots, and the expansion feels like the embodiment of that effort.

This is fitting, since American Truck Simulator – Texas this is arguably the magnum opus for the rest of the sim’s life. After all, what’s bigger than Texas?

Large and in charge

That was a kind of a trick question — Alaska certainly is, by quite a considerable margin. But, so far the studio has not really expressed intent of venturing that far north. Not to say it won’t happen, but considering most of Alaska contains a lot of barren tundra and ice, it would arguably be the least interesting of the virtual states to both create and venture through. Texas is the direct opposite.

Real-life Texas is so vast that it spans two separate time zones, and has almost every topographical and geographical feature of the rest of the country. Mountains, lakes, rivers, streams, huge fields, vast tropical coastlines, rocky desert, it’s all here.

Having so much variety in the confines of just one state was particularly interesting to me as someone who’s explored all of the other map expansions that have released thus far. 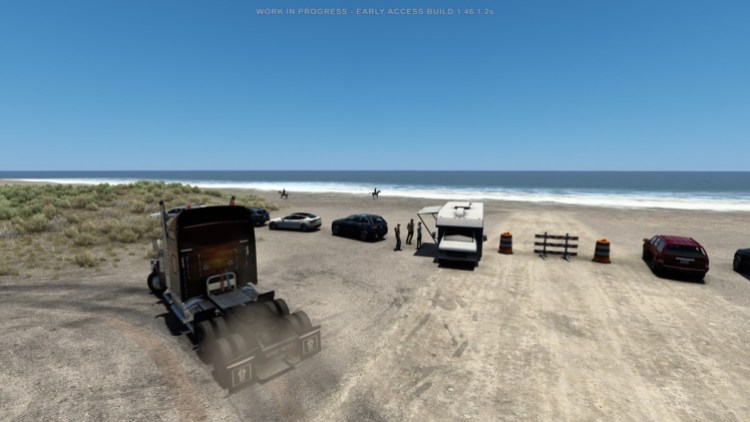 The new southernmost point in ATS. Screenshot by PC Invasion

Particularly in the case of Montana, Idaho, and Colorado, as gorgeous I found these states to be, I couldn’t help the feeling of “sameness,” for the lack of a better term, starting to creep in with each subsequent release. I especially started to feel this with the Montana expansion, which preceded Texas‘ release by a few months. It was never the fault of SCS, it’s just how these states are in real life: large swaths of untouched, natural beauty.

They’re great, but all very familiar. And so, marching into the virtual rendition of Texas in American Truck Simulation and just gawking at the massive amount of space it occupies on the in-game map was both intimidating and exciting.

There are 29 mapped settlements contained in the Texas expansion, and that doesn’t count all of the smaller towns and fixtures dotted in between all the major hubs. The amount of content blows past all of the prior released states by a wide margin. That said, I feel like the Texas expansion for American Truck Simulator strikes a great balance. There’s a lot to see and experience, and rarely is there ever a dull moment. Having started in the northwest portion of the map, hitting Amarillo first, I ended up sticking to the western side of the state all the way down to Brownsville. In hindsight, I wish I would’ve headed east quicker, as that’s where the biggest differences compared to the rest of the other states are located. But saving it “for last” has effectively made me appreciate it more.

Just getting down all the way to the southern tip was quite the experience. Watching the dry, sandy soil and rock formations of America’s western frontier gradually turn into the green, tropical shrubbery and brush of the Gulf of Mexico was a treat.

After all, Texas’ Gulf Coast is (for now) the only other coastal area in the sim minus the Pacific Coast of California and Washington. Even SpaceX’s Starbase (simply named “Starbay” here) is fully modeled in, alongside the orbiting settlement of Boca Chica.

This is just one of the many super structures dotted around Texas’ map. There are certainly more, including special places like the University of Texas at El Paso, Johnson Space Center in Houston, and various other important locales. Such attention to detail isn’t new for SCS, but the team has kept in hot pursuit of its goal to essentially one-up itself with each new expansion. Every subsequent map has been a little more detailed and true to life. Without a doubt, Texas feels like a sprawling network of action from one edge of its frontier to the next.

Meandering up the Gulf Coast and finally pushing eastward, I continued to admire the refreshing change of scenery compared to the other states. Eventually I hit the more forested areas of the central-eastern parts of the state near Longview. And though reminiscent of the many forested areas of states like northern California, Washington, and Oregon, it was still special to me due to the fact that this is now the furthest east the map has been pushed in quite some time. 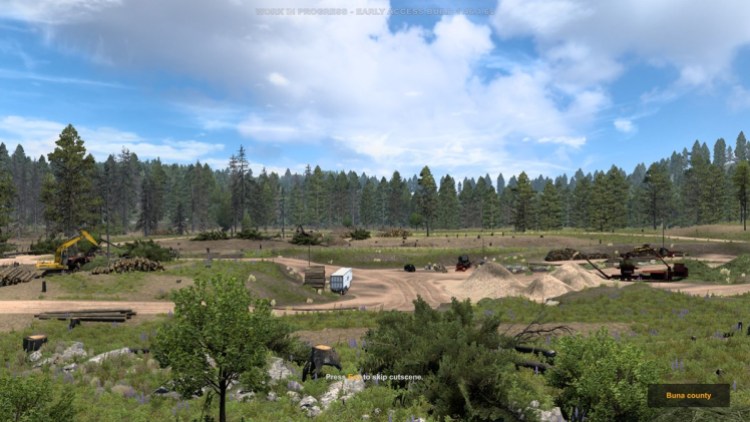 This is now a whole different section of the contiguous US. Thus, it truly makes the idea that soon American Truck Simulator’s map will run from coast to coast feel a whole lot closer.  Really, that thought kept occurring to me the more I explored; in due time we will be performing cross-country road trips within the sim.

It’s an exciting thought, and considering that every state east of Texas is considerably smaller than their western siblings, that forthcoming reality may very well manifest at a much more rapid pace.

After all, it’s taken SCS nearly seven years to cover all of this territory up to Texas; effectively the center of the contiguous US. Perhaps the studio may very well complete the remaining central and eastern states  just as American Truck Simulator hits its 10th anniversary? Time will tell, but focusing on this present achievement, SCS should be exceptionally proud of what it has managed to pull off thus far. 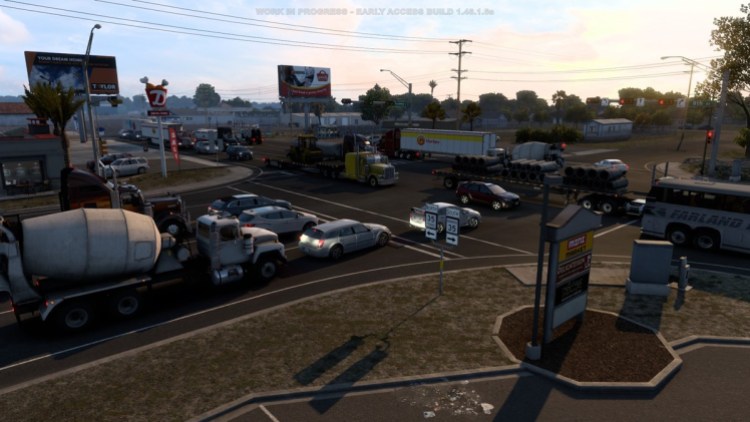 Fuel for the journey

It can’t be understated just how massive Texas is in American Truck Simulator. Having gone from Amarillo, all the way down to Brownsville, and then up to Longview, and then pushing down southwest into San Antonio, I’ve accumulated about 2,700 in-game miles in about 10 real-world hours.

Never have I spent so much with a single map expansion and covered so much ground. It makes sense; the real-life state takes at least 12 hours of continuous driving to span just its width. As daunting of a task it is, the journey is worth it.

There are so many sights to see, and things to experience. The expansion contains an impressively dense road network with some of the biggest (if not, the biggest) highway systems in the sim yet. And with a variety of cargo to haul just within the confines of the state alone, this is arguably the most important map expansion that SCS has produced for American Truck Simulator. 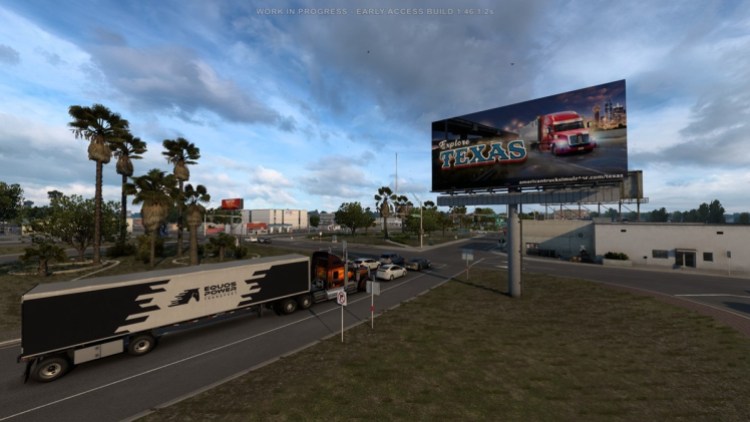 While I’m sure the team will continue to push its boundaries and produce some richly authentic expansions over the next few years with the remaining states, American Truck Simulator – Texas will always be considered special as being the “big one.”

By A.K Rahming4 days ago
News