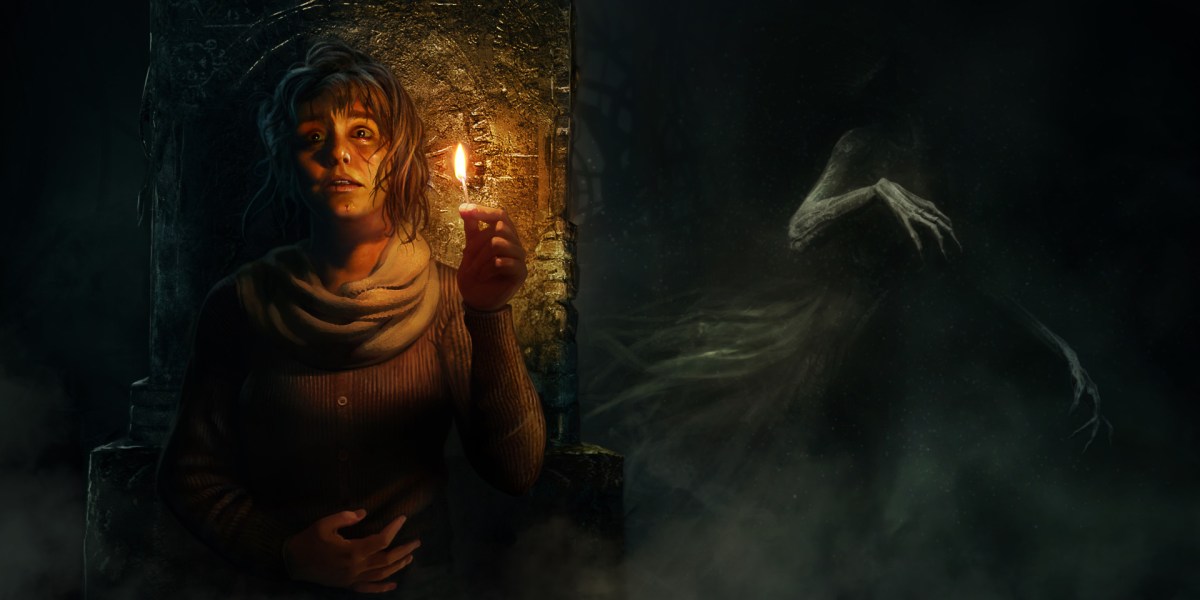 Amnesia: Rebirth is the latest installment of Frictional Games’ hit horror franchise. In it, you take on the role of Anastasie “Tasi” Trianon, a member of an expedition gone awry. From the moment their plane crashes in Algeria’s desert, you know something is deeply wrong.

With Tasi’s teammates gone, it’s up to you to guide her through mysterious, creepy, and disturbing locations. In many ways, Amnesia: Rebirth manages to succeed thanks to atmospheric horror. However, there are still a few problems worth bringing to light.

The first things I noticed about Amnesia: Rebirth were its visuals. The sand dunes and desert ruins of Algeria, as well as the more terrifying locales, were all rendered stunningly. From afar, some of the sprawling levels had me in awe. Likewise, I couldn’t help but marvel at the designs of dank tunnels, labyrinthian sewers, forgotten tombs, arcane laboratories, and more.

Then, once I got closer to examine the textures, I found that they were quite rough and dated. It’s not just because they’re ancient archaeological sites, mind you. Still, the game managed to run at 35-45 FPS at 4K UHD resolution even though I only had a GTX 1070 Ti GPU and an i7-7700k CPU. I didn’t experience any slowdowns or stuttering, either. 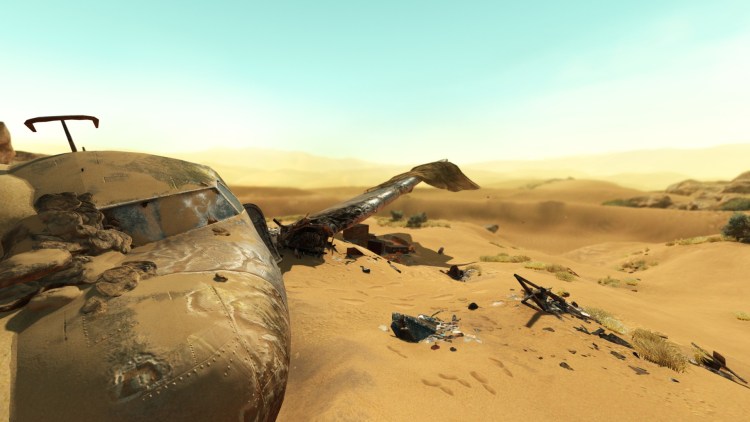 Furthermore, Amnesia: Rebirth more than makes up for poorly rendered close-ups of textures thanks to its audio. Whispers, screeches, howls, and foreboding music will fill you with trepidation and dread. I must admit that I felt anxious and worried as I crept through the dark, peaked at corners, or opened various rooms.

This is what Frictional Games excelled in. The build-up of tension as you progressed further made for a stellar experience. 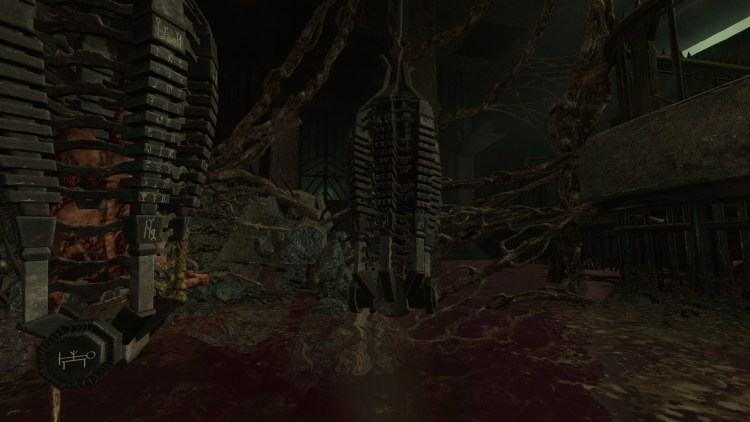 Fear of the dark

That feeling of terror and dread in Amnesia: Rebirth manifests whenever Tasi enters dark corridors or sees grotesque and disturbing imagery. Black tendrils will appear at the edges of your screen, and, should Tasi succumb to her fears, you’ll see flashes of macabre scenes. This is followed by Tasi’s frantic breathing and audible gasps.

As such, you’ll need to look for light sources be it matches or lantern oil. Alternatively, you could try finding a well-lit room. The music will even change here to let you know that you’re safe.

While making your way through these darkened corridors and rooms, you’ll encounter several puzzles. You’ll have to use your wits while mixing ingredients to make a tank shell, picking the correct wheel to rotate, aligning prism pyramids, or pulling all those darned levers. It helps that Amnesia: Rebirth‘s controls, other than a bit of jankiness when pushing or pulling vents and doorways, remained responsive. 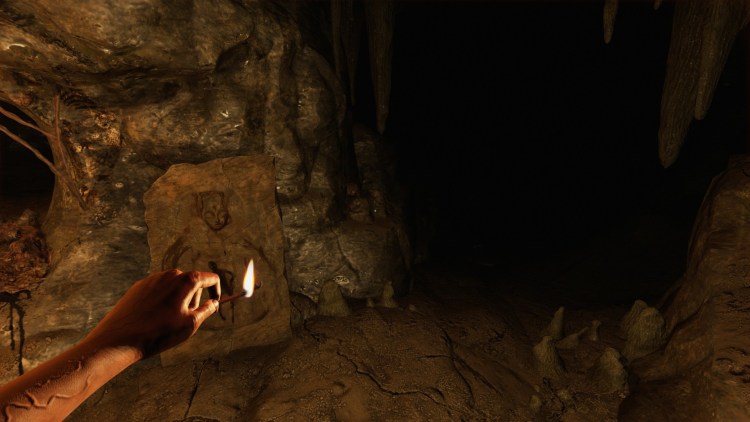 The monsters of Amnesia: Rebirth

Of course, the dark isn’t your only enemy because there are actual monstrosities lurking in the shadowy depths. Without spoiling too much, let’s just say that creatures will tend to surprise and shock you when you least expect these moments. Since Tasi doesn’t have a means of fighting back — no weapons whatsoever — you’ll either find yourself running away or hiding.

This does present a few flaws. For one thing, other than a couple of scary moments, I realized that crouch-walking or going prone would sometimes be enough to confuse the monster’s AI.

Likewise, if I unluckily found myself clawed or swiped to death, Tasi’s revival would somehow lead to her respawning in another section of the zone. In a couple of examples, I even discovered that I was closer to the exit. At most, Tasi’s own complexion changed signifying the slow corruption and decay. Because of these mechanics, I found Amnesia: Rebirth’s predecessors (and Soma) significantly scarier than this recent offering. 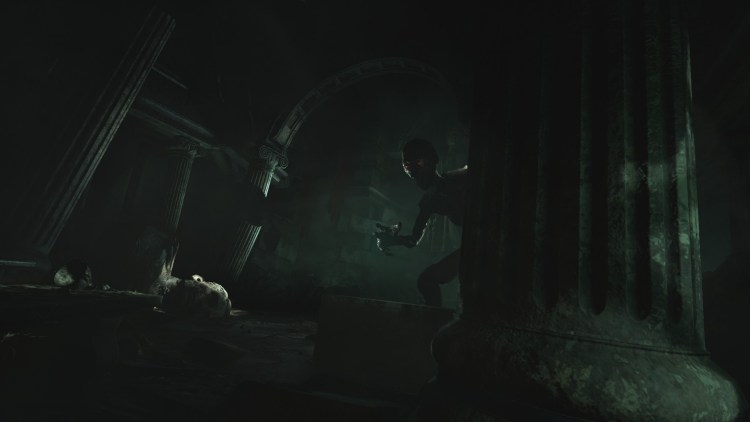 Still, Amnesia: Rebirth‘s overall presentation would fall flat if not for the excellent voice acting. Tasi Trianon (voiced by Alix Wilton Regan) isn’t just looking for her expedition teammates, she also has to find her fiancée. To compound her troubles, she even learns that she’s pregnant. Tasi has to protect not only herself, but also her unborn child.

Additionally, at certain points such as when Tasi is fearing for her life or when she reaches a safe area, you could have her hold her belly to talk to her baby. These tender and loving moments showing motherhood are interwoven with bone-chilling, nightmarish visions of eldritch entities, leading to an exemplary narrative arc and a heightened sense of immersion. 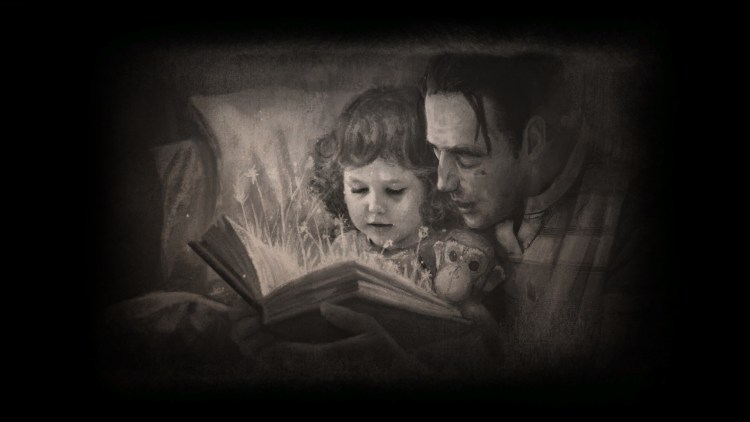 Perhaps my only gripe here, as it concerns the narrative, is that Amnesia: Rebirth shows its hand too early. It’s like watching the world’s most amateurish card player.

Again, I’ll try to avoid spoilers as much as possible, but you end up realizing this quite early in the game. Tasi’s usage of an amulet, one that lets her traverse rifts — combined with ancient glyphs and high-tech machinery — sometimes feel like the game is jumping the shark too often. 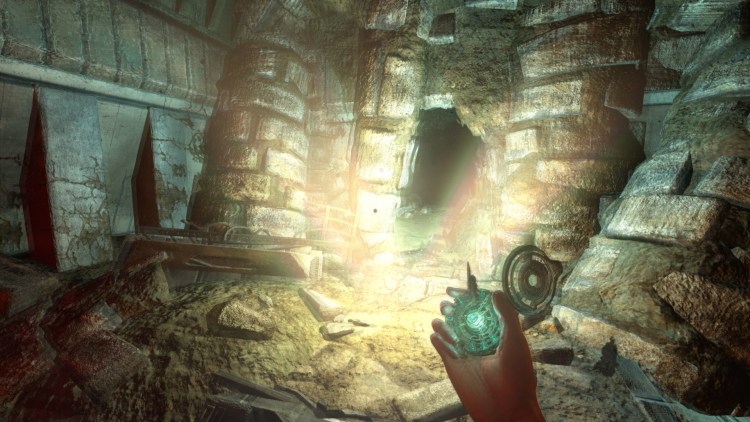 Rebirth of your fears

However, the most unfortunate facet of Amnesia: Rebirth is how the story is concluded. I was surprised that, in spite of so much lore and material that could be used, the game’s endings simply played out based on your decisions once you reached the final level. That was a disappointment, to say the least. I was expecting some major choices at earlier levels, or perhaps more secrets to find (such as lighting all the offering shrines to a goddess which would lead to a different outcome).

Still, Amnesia: Rebirth does tell you that the goal isn’t to “win.” Rather, it’s to immerse yourself in moments wonderfully crafted by the studio. The destination itself might leave you hoping for more, but seeing the journey of an amazing protagonist was certainly worth it. If you want to give it a go, you can pick it up via Steam. 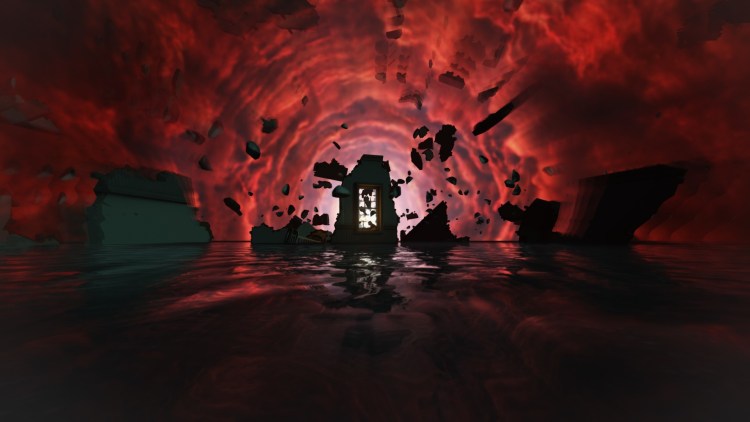 The newest installment of the Amnesia horror franchise.
8.5

With wonderful voice acting and atmospheric presentation that keeps you immersed and on the edge of your seat, Amnesia: Rebirth manages to provide an exciting experience. Of course, there are a few downsides. It's not as scary as previous offerings, the AI can be a little clumsy, and the weak conclusion to the story will leave you wanting more.

By Alexa BeMent5 days ago
News