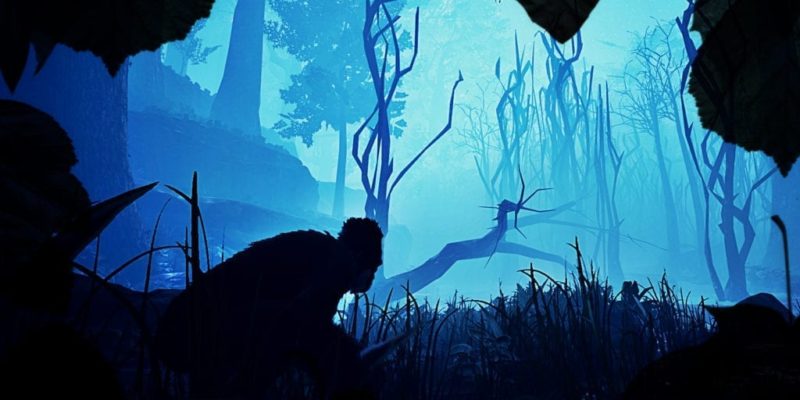 There’s a lot of “same old” these days in PC gaming. You have your open-world games where quest markers point you in the direction of your goal and urge you to upgrade your gear. There’s your average point-and-click MOBA where you clear lanes and beat up the opposing team. That’s not to mention the battle royale games that, let’s face it, are all the same car with a new coat of paint. In a world of rigid video game genres, sometimes we all need something fresh. This is where Ancestors: The Humankind Odyssey seems all but destined to shine. At a time where gamers seem all but pigeonholed into a specific genre, Ancestors offers a considerably hot take on gaming.

Ancestors: The Humankind Odyssey is in a league all its own. In this open-world survival game, players take on the role of one of our distant ancestors (likely Australopithecus) and embark on a journey to survive and, eventually, thrive. Set in Neogene, Africa, your goal is pretty clear-cut. With the help of your clan, you must evolve your species – by any means necessary.

This is no quest-addled linear journey, however. Ancestors is about as open-ended as they come. This game immerses players in a perilous jungle and leaves them to their own devices. Would-be simian survivalists must forage for food, recruit new members to their clan, and fight off fearsome predators in order to survive. However, there’s quite a bit more to it than that. 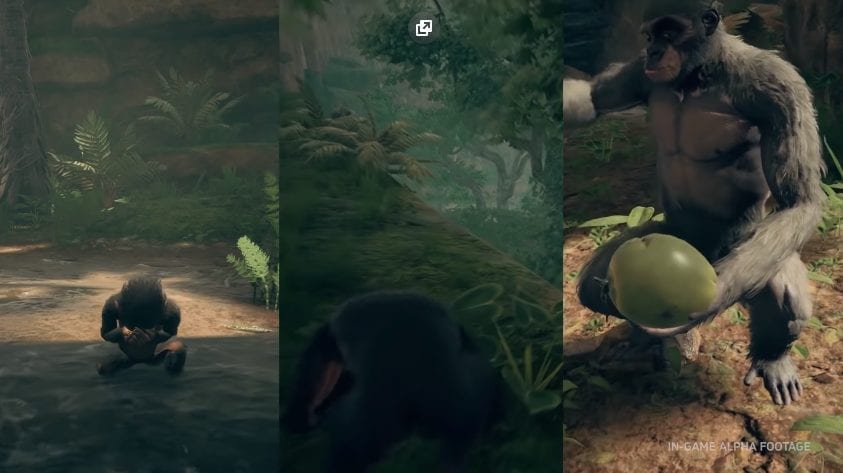 The role-playing possibilities are vast in Ancestors: The Humankind Odyssey.

Nobody’s special in Ancestors, and that’s a good thing

One truly unique aspect of Ancestors is the character choice. You can opt to play as a child, adult, or elder ape. This isn’t a game about a hero of prophecy or even about placing the player in any kind of special role. Not at all. Your job is to function as a regular member of your clan and expand your territory. This serves as a breath of fresh air in an open-world market dominated by Heroes of Kvatch and Chosen Ones. Later on, players can even switch between characters and pass the knowledge they’ve accrued from their experiences on to their clan. This game embodies the age-old saying, “All for one, and one for all.” 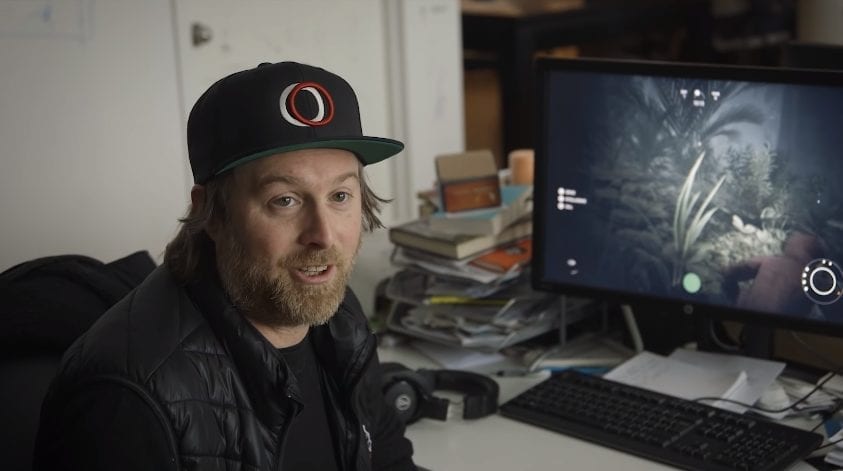 Developer Patrice Désilets explains some of the more unique mechanics of Ancestors, including the concept of fear.

Ancestors does offer the standard survival fare, at least at first glance. Players have to eat and drink or face an untimely death. Your quest to remedy this is rife with peril, as well. Making poor foraging choices can result in illness and impede your progress. In addition, carelessness in climbing can lead to taking a nasty fall and sustaining injuries. There’s also the issue of predation – and in Ancestors, it’s quite a significant one. Jungle beasts seek to pick you and your clanmates off at every turn. That said, this survival adventure packs quite a number of twists to it, including, but not limited to, an actual dopamine system. 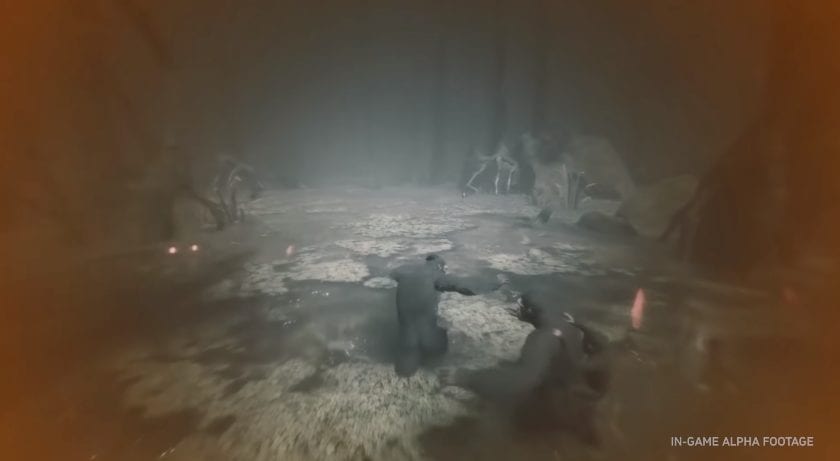 In addition to external dangers, you must also master your own mind in Ancestors: The Humankind Odyssey

A reward system unlike anything seen before

In order to survive the harshness of the ages, players must forge new paths, make discoveries on their own, and invent tools. Herein lies one of the most creative aspects of Ancestors: the dopamine system. Every action you take matters in this game, with the end goal being evolution. In making new discoveries and fashioning tools along your quest, you’re rewarded with shots of dopamine. This is essential for expansion, as the game also touches on one of the hallmark traits of human beings – fear of the unknown. If players lack the dopamine required, they risk succumbing to fear when trying to venture outward and claim new territory. This is a very clever twist on the typical open-world exploratory limitations that developers impose on gamers. 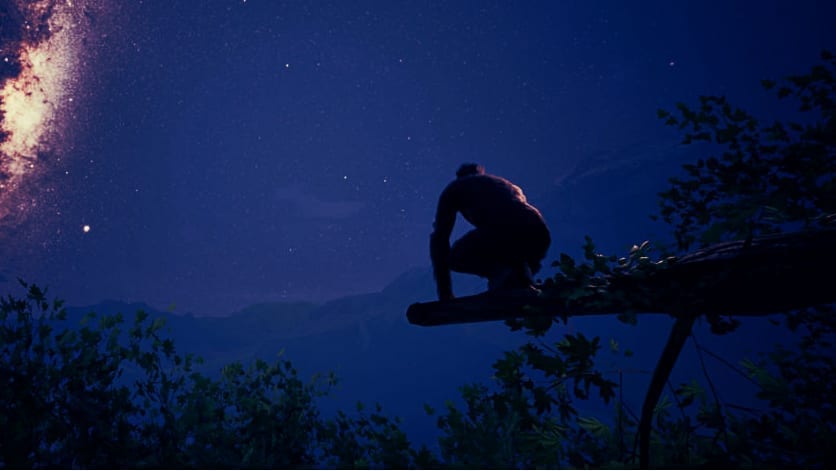 In a stunning recreation of neurology, sleep helps your clan evolve.

Master your monkey mind to thrive

What’s an open-world epic without a skill tree? In Ancestors, this is represented in a very clever mirroring of human neurochemistry. Much like successful open-world sagas such as Skyrim, players must develop skills via application. This allows them to progress in the skill tree, which represents neural pathways. This can only be accessed and upgraded when your character is sleeping. These new skills represent evolution, such as ambidexterity and becoming bipedal. One of the unique aspects of this is that as your apes breed, these skills are passed down to their children. As the game progresses, your clan becomes more intelligent as a result, eventually being able to craft medicine for healing purposes and building shelters. 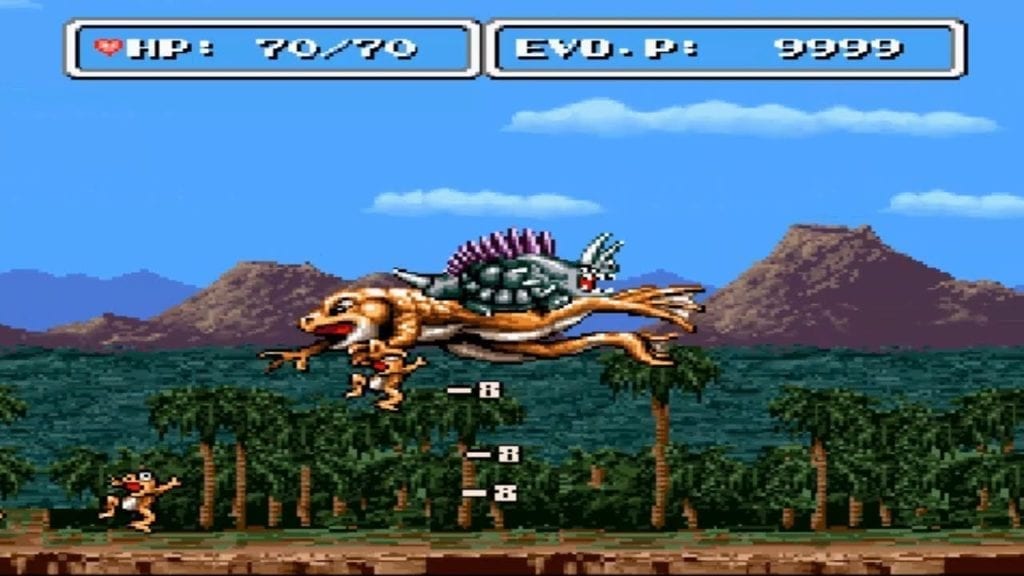 Ancestors draws inspiration from earlier games of yesteryear such as EVO.

Not the first of its kind, but possibly the best

While Ancestors: The Humankind Odyssey looks to be a truly special brand of gameplay, it hails from a rather overlooked niche. Games which simulate evolution and life harken back to the days of Super Nintendo, with titles such as Evo: Search For Eden. Evo was a game where players had to evolve from a lowly fish in the ocean to a human being, violently conquering everything that stood to impede their progress. Another likely source of inspiration was the highly underrated Creatures franchise. In Creatures, players served as caretakers of a species of creature, called Norns, guiding everything from language development to breeding. As Norns reproduced, their offspring would inherit the traits of their parents.

Ancestors gives a slow nod to these games of yore, combining elements of biological evolution with breeding and social aspects. The end result looks to be an extremely promising adventure into our very past.

Our ancestors are just around the corner

Ancestors has recently been revealed to have an August release date for PC, with console gamers having to wait until December for a release. The game will be available for purchase exclusively at the Epic Games Store for around $40. At an estimated 50 hours of gameplay, it’s well worth the price tag.

Will you play Ancestors: The Humankind Odyssey? You know what to do.