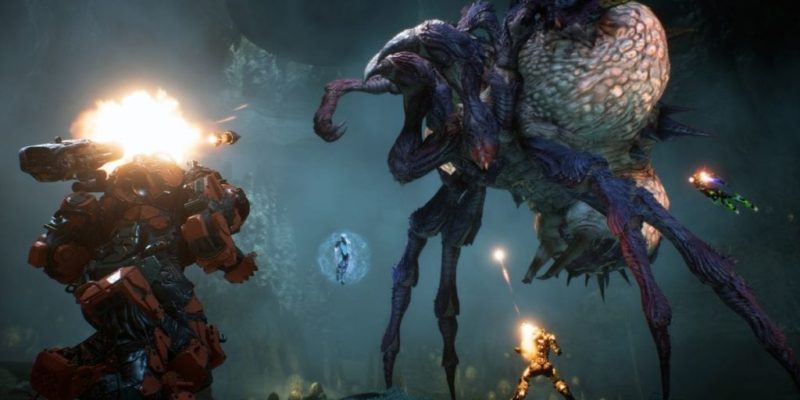 You can now pre-load Anthem ahead of its upcoming demo weekend. There are two demo weekends on the horizon. The first is the VIP demo, which begins this Friday, January 25.

There are two ways to gain access to the VIP demo. The first, naturally, requires you to pre-order the game and use a code. Another way is to be an EA Access or Origin Access subscriber. This early demo runs from January 25 to the 27th, and participants will get an exclusive in-game item as a reward. What this shiny, exclusive “thing” is, we don’t rightly know. But I’m guessing it’s an emote. It’s always a damn emote. Wait, can you emote in Anthem?

The open demo will cover next weekend, beginning on Friday, February 1. It will run until the end of Sunday, and it will most likely be the same as the VIP demo. Except, of course, you don’t get any fancy dancy in-game reward, other than the satisfaction that you didn’t have to pay for anything.

You won’t have the entirety of the game to explore in the demo, sadly. According to EA, it only encompasses a “slice of the world,” so don’t expect something like the Fallout 76 beta. You’ll start off at level 10, equipped with a more powerful Javelin and equally devastating weaponry.

You also don’t need to play the game on your lonesome. Once you download and install the Anthem demo, you’re able to invite three others. To do this, you just need to visit the Anthem Demos page, log in, click the Get Friends Passes tab, and set the link to some buddies.

To start your preload, head to the Anthem page at the Origin store. From there, click on “Try it First,” and follow the instructions. Oh, and be sure to check the system specs before you begin downloading. But don’t worry, the game isn’t as demanding as we thought. Anthem officially launches for PC on February 21.