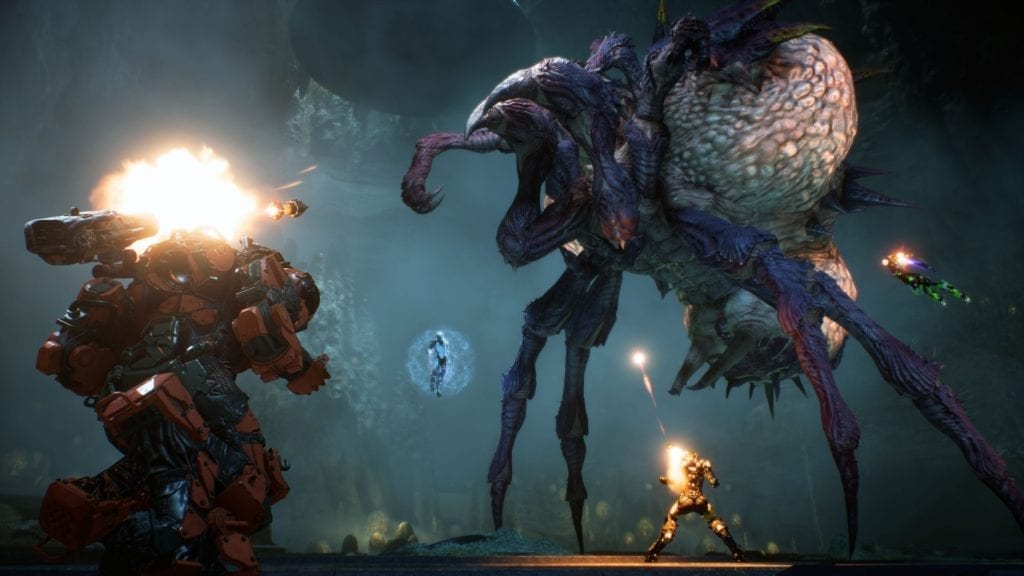 BioWare has posted an Anthem update online, which goes over the team’s loot and equipment goals for the upcoming relaunch. Yes, as far as we know, Anthem is still getting an overhaul following last year’s failed launch. Players weren’t happy with the lack of story content, performance issues, and disappointing loot system. In short, BioWare is trying to make loot matter more.

Dubbed the “Satisfying Loot Experience” (we’ll be the judge of that), the team is looking to change a lot about loot in Anthem. Firstly, the frequency of loot drops is getting increased. BioWare also plans to improve baseline loot to make dropped items more viable for player use. Player choice will become an aspect too, as BioWare is working on specialized vendors and quests for players to acquire specific items. You’ll also be able to modify existing loot to level items up, or re-roll for a different drop.

Players should be further pleased to hear that the Anthem loot update is more systemic than just changes to the loot itself. The player experience when finding loot is also being worked on. More visual feedback will occur when loot drops, including a bunch of loot flying out of tougher enemies on death. Once found, players will be able to equip items straight away and access the equipment sheet from anywhere, too. This sounds like a big change for Anthem, and the team acknowledges prior shortcomings in the blog post:

“A good player experience depends on the loot system being extensible and robust, and a lot can go wrong. A lot did go wrong. We fell short here and we realized that building something new from the ground up was going to be required – starting with taking a long look and understanding the best in class of the many great games that inspire us.”

This from-the-ground-up approach will also change the future of Anthem. BioWare says that its’s scaling for the future. This includes a power cap that can be easily increased, and additional data that allows the team to notice trends and make changes, accordingly. There is no word on any release schedule just yet. BioWare says that the undertaking is not an easy fix, and will take time to fully develop.