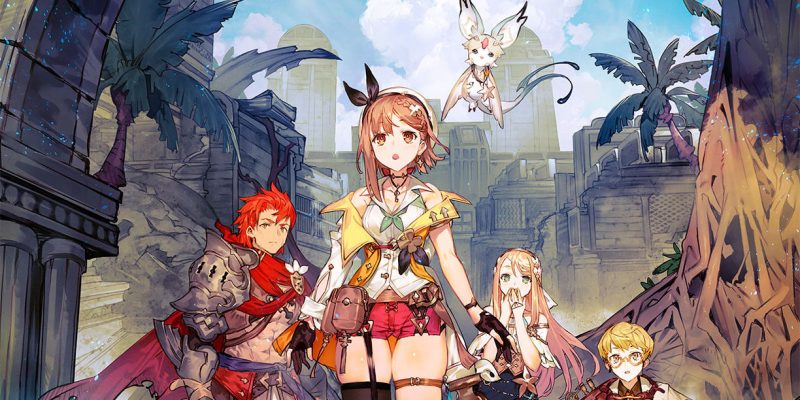 We’re just a couple of short weeks away from 2021, which is going to bring with it another year of brand new games to sink our teeth into. Here are five of my most anticipated games of 2021 (assuming they come out next year).

I reviewed the first Atelier Ryza back when it launched last year. Although the series isn’t one of my favorites, I loved it, with its new combat system and lack of a time limit. The way the crafting was so deeply connected to progression and exploration was really what sold me, as there was constantly a reason to make more and better items. Although developer Gust tends to lead with another character after each entry in its trilogies, Ryza is so popular that it instead elected to make a sequel.

The game is set a few years after Ryza and her pals stopped a foreign species of murder insects from infesting our world (pretty heavy for an Atelier game). She receives a letter from a friend (maybe Klaudia?) in regards to some ancient ruins, so she leaves her home of Kurken Island — the setting of the first game — behind for new pastures. The game is promising new field actions and a deeper battle system, so I’m very much looking forward to seeing how the finished product ends up. If it’s anywhere near as good as the first, I’ll be plenty satisfied. 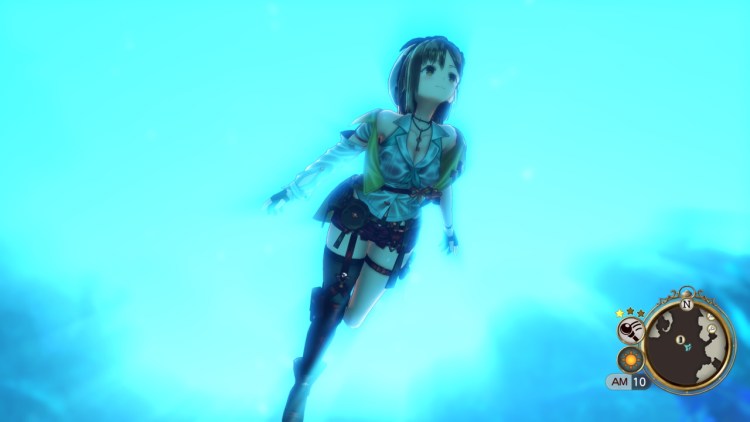 Ys IX: Monstrum Nox is yet another JRPG on the list. I’ve been an Ys fan for years, which didn’t change with the eighth game in the series; it was the largest and most impressive title in the franchise yet. Ys IX came out in Japan in September of last year. Suffice to say, it’s been a bit of a long wait for series fans. The game is finally set to release in the west in February… but only on PlayStation 4. PC and Switch players will have to wait until mid-2021 to get their hands on it, which is unfortunate. But I’ve already been waiting 15 months, so what’s a few more?

The game once again focuses on the exploits of Adol Christin. Only this time he’s working to escape from a gigantic prison of some sort after being turned into something called a Monstrum, which grants him the ability to exorcise monsters. I’m all for new twists in the franchise, so I’m curious to see how this ends up working and how it compares to the previous game. Sadly, the game doesn’t appear to be much better looking than the last game, despite being made specifically for the PS4, but hey, can’t win ’em all. 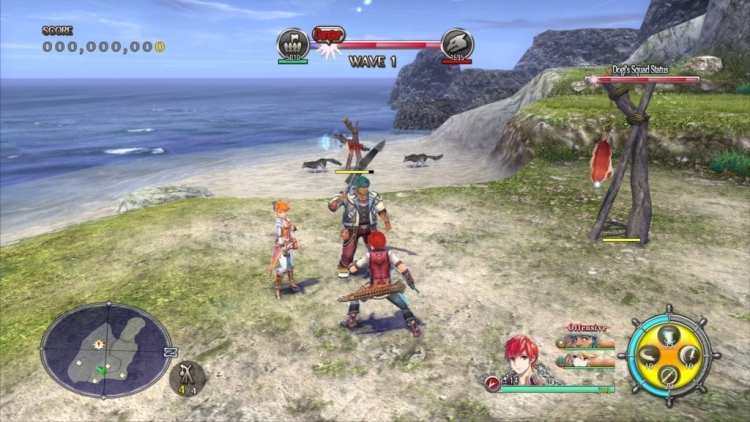 I previewed Wrath earlier this year when it entered Early Access. Since it’s on this list, you can tell that I was impressed. The game is highly reminiscent of Quake, with visuals clearly modeled to achieve that mid-90s look and feel. Only the levels are huge and complicated, plus there’s a unique checkpoint system where you create your own spawn locations. The EA version I played only covered the first couple levels of the game, but I’m excited to play the full version once it’s ready.

What I played had excellent gameplay and level design, so I’m expected the finished product to be another killer retro-FPS. We don’t have long to wait either, as the game is set to launch into 1.0 in February 2021. Here’s to hoping it’s all it can be. 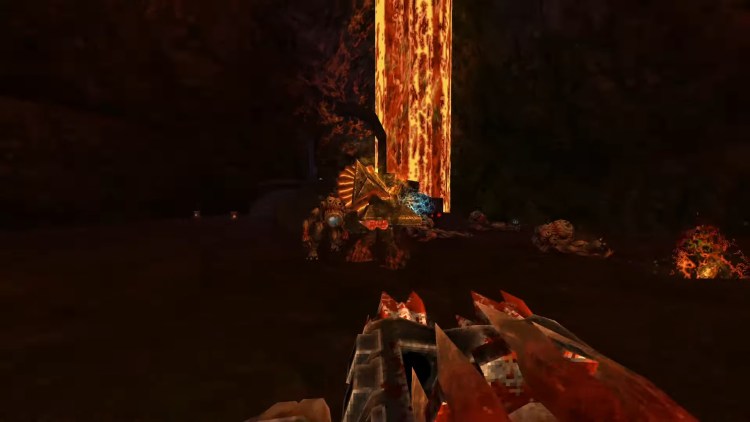 I’m rather fond of 20XX and, truth be told, I wasn’t expecting a sequel any time soon. The game’s recreation of Mega Man X‘s gameplay placed within a rogue-lite was mostly pitch-perfect. The only thing I didn’t care for was the cheap, flash-esque visuals, art, and animations. But with 30XX, that’s going to change. The game is made entirely in pixel style, which will make it even more reminiscent of the games from which it draws inspiration.

There’s already a demo of this one out, so it’s clear that it’s shaping up to deliver another rocking action platformer that will gladly kick your ass until you get it down. There isn’t much of a window on when exactly we can expect to see this one, but it should be sometime next year. Which you probably guessed already from the fact that it’s on this list. 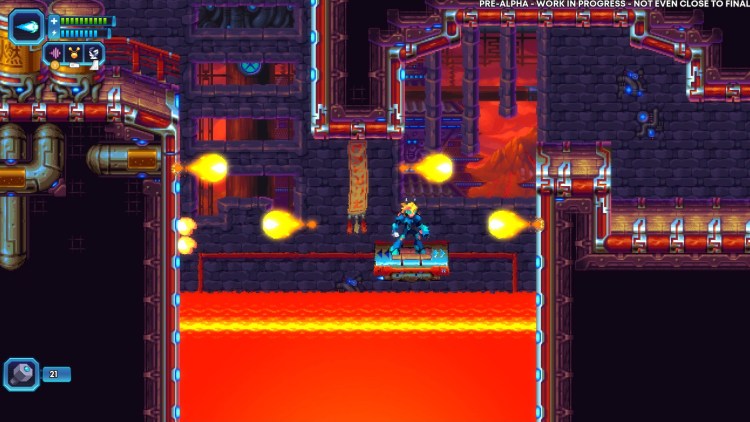 This one has been a long time coming. Psychonauts is, of course, a beloved classic that didn’t sell too well back in the day. Its wonderful gameplay, unique premise, and TV-worthy dialogue have made it stand the test of time. I actually had this one on my most anticipated list for a different year but, yeah, it got delayed. And then Microsoft bought Double Fine, which worried me a bit. But I’ll be happy as long as we get the game. A VR semi-sequel was released two-and-a-half years ago and it was apparently good, so I don’t doubt that the developer can satisfy with its second outing in the universe.

Of course, that’s assuming the game does release in 2021. For all I know, it’ll get delayed again and I’ll put it on next year’s list. Fingers and toes crossed that that doesn’t happen, though. The game, of course, was successfully Kickstarted in early 2016 by pulling in over $3 million USD in funding. It’s all about Raz and company going to the Psychonauts headquarters, only to learn that some shenanigans are, in fact, afoot. It’ll no doubt revolve around going into different themed areas of the building where lots of irreverent, creative things happen. I’m excited and, hey, it’ll be done when it’s done.

Alrighty, that’s it for my most anticipated games of 2021. There are some others, sure, but these lists don’t need to be any longer than they are, and Earth Defense Force 6 probably won’t get released on PC until 2022 anyway. And Persona 5: The Phantom Strikers is definitely up there, but I’ve got a rule about putting Musou games on these lists. I doubt anyone cares as to why. Anyway, see you in 2021. 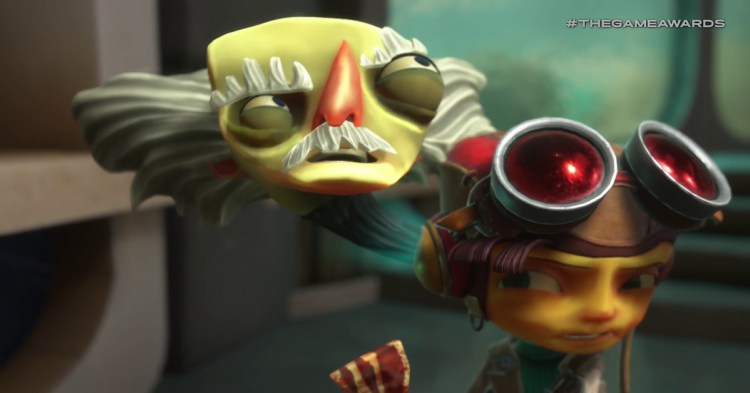 By Martynas Klimas9 hours ago
Opinion