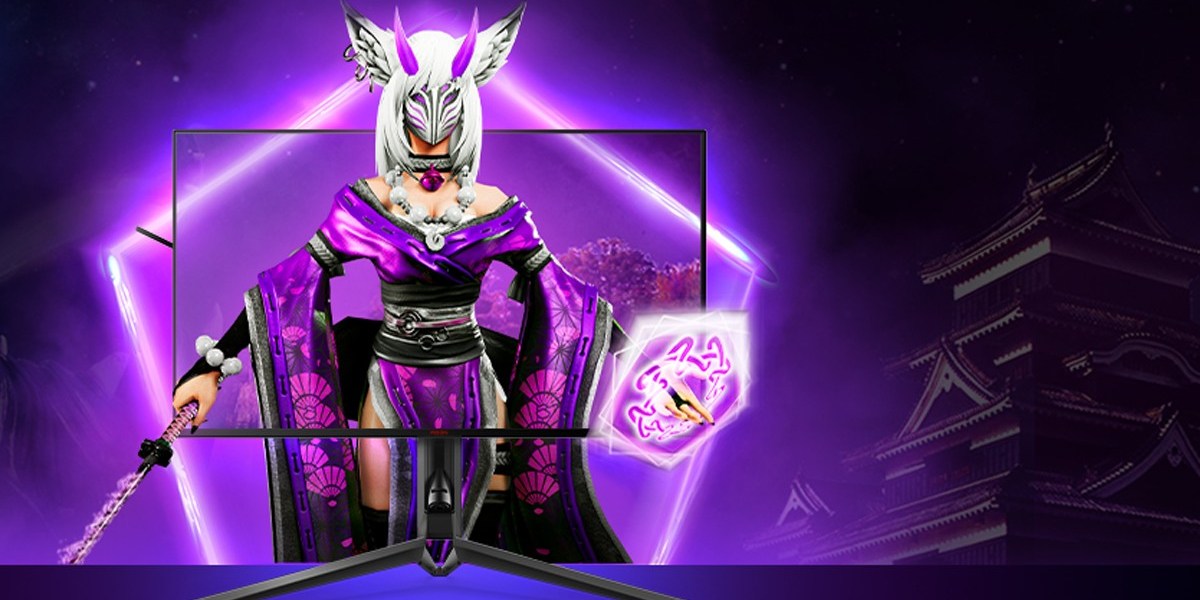 Gaming displays usually need to tick quite a few boxes before most top-performing gamers start to gain interest. High refresh rates, great picture quality, and low response times are just a few things that need to be present. The market’s not short on high-end gaming displays either. During this past week alone we’ve seen the latest offerings such as Alienware’s OLED 1440p monitor and HP’s Omen 4K gaming display. Well, AOC’s throwing its hat into the ring with the Agon Pro AG274QGM gaming monitor.

AOC’s newest display boasts some seriously good specs. It’s a high-performance gaming monitor geared towards gamers that need something fast and responsive. Yet with the market of gaming displays being as competitive as it is, you’d be right in wondering what sets this display apart from the rest.

The specs of the Agon Pro AG274QGM are impressive to say the least. It has a 1440p IPS display with a 300Hz refresh rate and up to a 1ms response time. So right away, as far as gaming displays go, it’s doing a good job. It also qualifies for Nvidia’s G-Sync Ultimate spec, which guarantees impressive visuals free from screen tearing while keeping the action responsive and more. 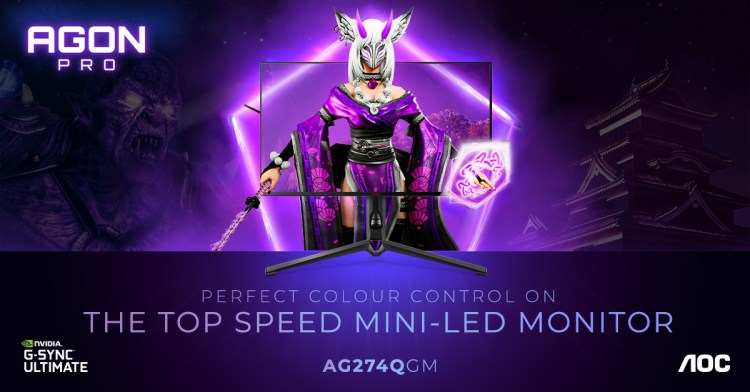 As far as more general information goes, AOC’s Agon Pro gaming monitor also sports the full DisplayHDR 1000 rating. If you’re a fan of how HDR looks, this should be good news. It’ll certainly make visually distinct games pop even more. There’s also four USB 3.2 ports located on the display, which is a healthy amount for any monitor to have. Having more USB ports to use is never a bad thing. There’s also a port marked in green which is for the use of Nvidia’s Reflex Analyzer.

For now, there are a few things we don’t know about AOC’s new display. There’s no word on how many DisplayPort/HDMI ports there are, as well as the interface generations. Fingers crossed that it’ll at least have HDMI 2.1, but we can’t say for sure just yet. We also have no idea what the pricing will be or when the monitor will release. But either way, AOC’s Agon Pro AG274QGM gaming monitor is one that seems worth keeping an eye on.