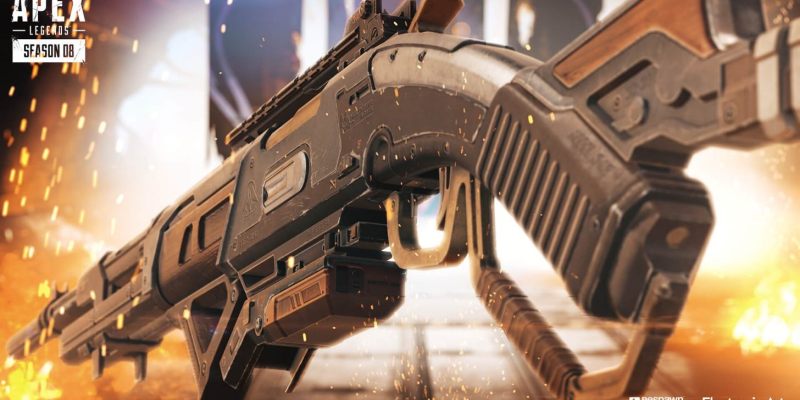 The new gun introduced to Apex Legends in Season 8 is the 30-30 Repeater. It’s a heavy ammo weapon that you will find filed under the assault rifle category. However, it operates more like a sniper rifle. Essentially, it’s like the heavy ammo version of the G7 Scout. The main strength of the 30-30 Repeater is the flexibility it offers.

The 30-30 Repeater’s unique perk is a short charge-up time when you aim down sights. The short charge-up increases the damage the gun delivers by up to 35%. Before we talk about the feel and compare the 30-30 Repeater to similar Apex Legends guns, let’s look at the numbers. Raw damage output will give you a good idea of what you’re working with. 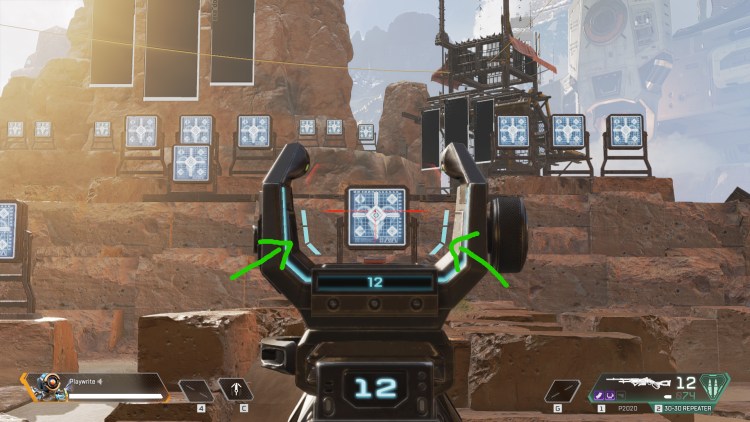 You can see the charge-up indicators on either side of the reticle.

The numbers tell us the that 30-30 sits nicely between the Longbow and G7 Scout, but there’s more to consider. The Longbow with a Skullpiercer deals significantly more headshot damage at 138 damage per shot, while the G7 Scout can fire more rapidly than the 30-30 Repeater.

The top players in Apex Legends still prefer to get right up in your face and take you down with Assault Rifles, SMGs, Shotguns, and Pistols. They’ll rarely pick a gun with a slow fire rate that’s more effective at medium to long-range. So, the 30-30 never had any chance of being a meta weapon. However, there is definitely a role for it to play in your Apex Legends matches.

If you want a weapon that offers flexibility at medium to long range, the 30-30 Repeater’s charge up will suit your playstyle nicely. You can slide between slow, considered long-range shots and quicker taps to finish off or pressure enemies. If you like to run a Shotgun or SMG as your primary, the effective range of the 30-30 will do a lot to compensate for your lack of longer-range damage. 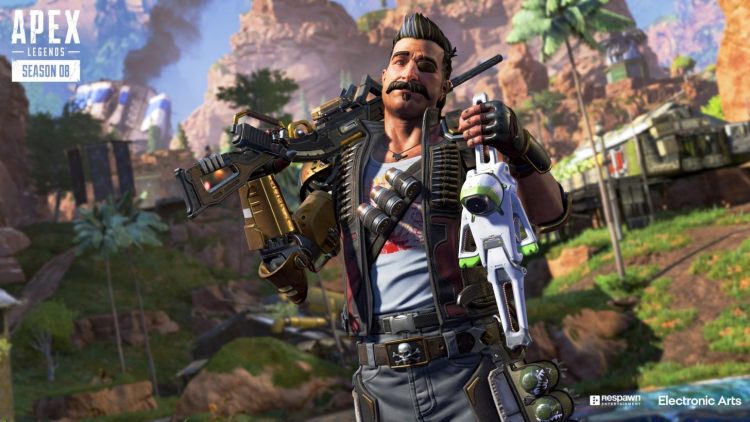 I think the 30-30 Repeater works best in combination with an automatic assault rifle like the R-301 in Apex Legends. The R-301 deals with everything at close range, while the 30-30 covers your long-range damage. Both overlap nicely when battling at medium range, which is what I prefer to do.

There are two guns that perform better than the 30-30

The downside to the 30-30 is that its flexibility comes at a cost. The Longbow and other sniper rifles are more effective at long-range. Assault rifles like the R-301 or LMGs like the Spitfire will allow you to apply more pressure at medium range. Plus, if your enemies get close to you, you’ll wish you had another automatic weapon to swap to instead of the 30-30.

Unfortunately for the 30-30, I think it’s better to commit to a playstyle rather than trying to be flexible. If you want to keep enemies at a distance, the Longbow and an R-301 combination are better. The Longbow with a Skullpiercer can give you the upper hand in a fight with two headshots. You cannot play Apex Legends without one close to medium range weapon, and the R-301 is the best at covering both of those. So, it supports the Longbow nicely. 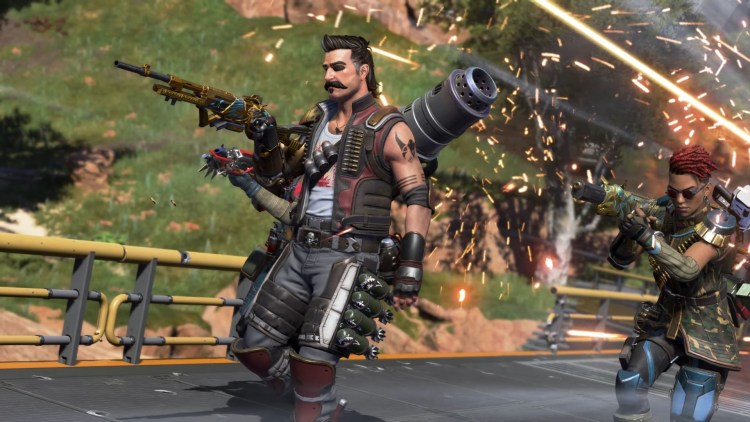 I already mentioned that weapons which work at close range will serve you best in Apex Legends. Another option that is better than the 30-30 Repeater is the R-301 with an Anvil Receiver. While it isn’t the perfect long-range weapon, it allows you to run two weapons that excel at close range. Plus, it gives you a strong medium-range weapon that can also be effective at long range.

Apex Legends is currently running an event to celebrate its second anniversary. If you’d like to unlock all the free skins, our guide can help you do so. We also have a guide to the map changes of Season 8 and the best way to use the new Gold magazines. Spoiler, the gold mags work amazingly well on the 30-30 Repeater and will help bolster your damage.

By Mike Straw10 mins ago
Guides

By Chirag Pattni40 mins ago
Guides

By Mike Straw24 hours ago
Guides

By Chirag Pattni24 hours ago
Guides