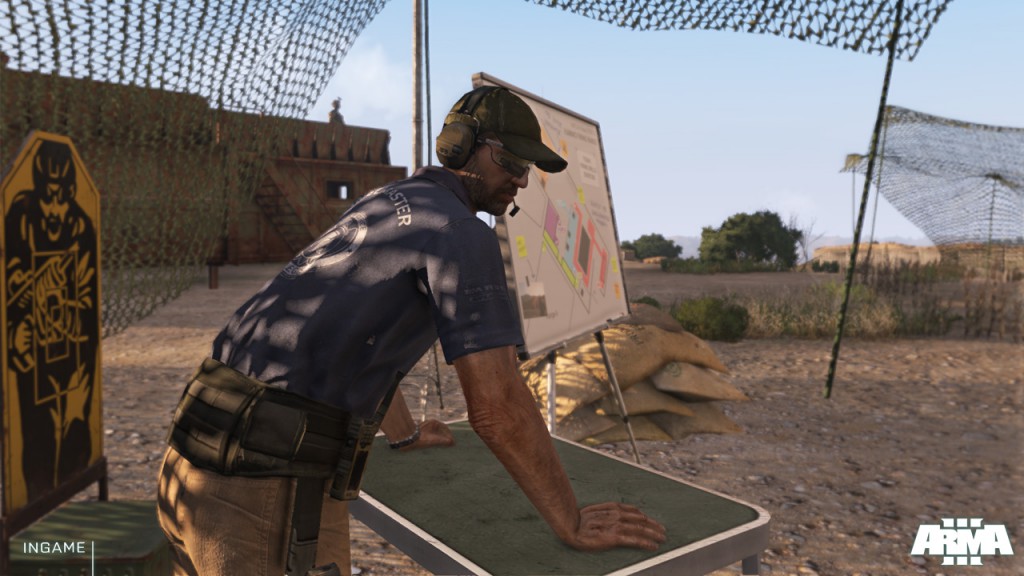 Two Bohemia Interactive staff members have been arrested on the Greek island of Lemnos after photographing and recording footage of military facilities for the Arma 3 title. There’s apparently a fine line between ‘research’ and ‘spying’; one which the Lemnos authorities felt the Bohemia employees had breached.

Governments tend to take a dim view of unauthorised photography of military (or sometimes even civilian, as plane-spotters can atest) facilities, because they’re paranoid some sort of terrorist planning might be going on. Fortunately, the Arma 3 staff should have a pretty good explanation for their actions.

News of the arrests first appeared on Greek site News247, but was also confirmed on the Bohemia forums by CEO Marek Špan?l.

“This is true,” wrote Špan?l. “We prefer this topic not to be discussed on our forums atm, at least until we know more specific details about the case.”

Arma 3 will feature the Greek island of Lemnos as part of its campaign narrative. It’s due on PC in early 2013.

Terraria to settle on Xbox Live/PSN in early 2013