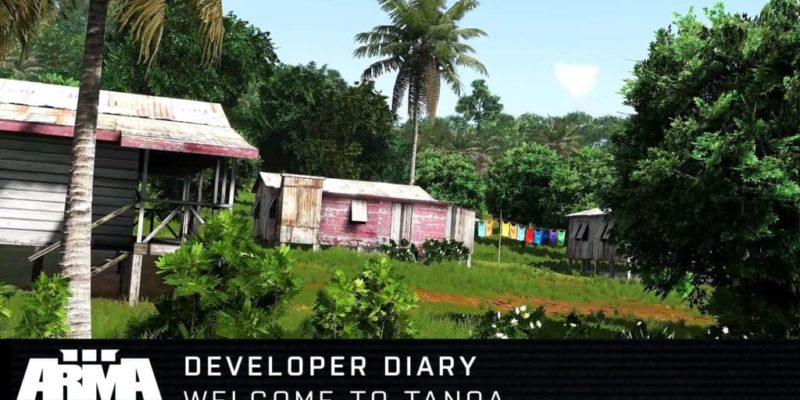 More background discussion and future expansion plans from the chaps at Bohemia are compiled in this latest Arma 3 video. It goes into a fair bit of the development history of the Tanoa terrain, gives an estimated release date, and drops the welcome news of an upcoming 3D Editor.

According to the trailer, the Pacific terrain style was just one of three under consideration at first. The other two being Nordic-style and an Australian desert. In the end, Tanoa’s Fiji-inspired landscape won out. Bohemia also mention that they’ve had Pacific terrain projects cancelled in the past, so Arma 3 is a nice way of resurrecting that intent.

There’s a new look at some of Tanoa’s important geographical locations, like the imposing volcano, the mineral mine, industrial port, sugar cane factory and fields, as well as, of course, the dense jungle foliage. Bohemia sent a couple of people to Fiji in order to study the landscape there and give Tanoa an authentic look.

Right now, the Arma 3 expansion is planned for the “first half” of 2016. Along the way, the mentioned 3D Editor will be getting a release as well. This reddit thread contains comments confirming that it’ll be free to anybody who owns Arma 3.