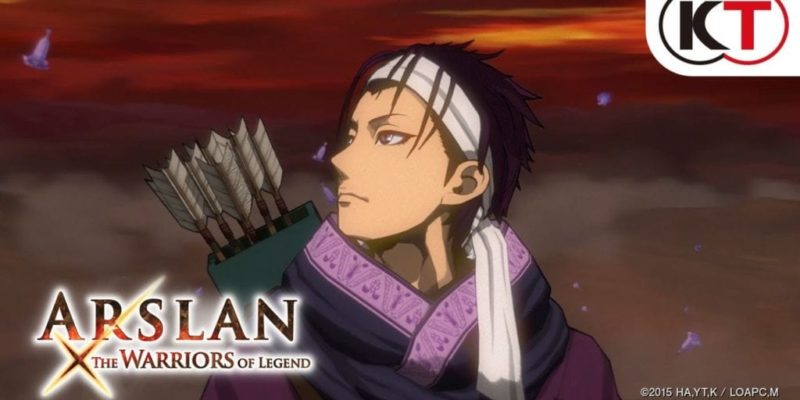 Another of the Tecmo Koei-developed Warriors-plus-a-popular-thing crossover games will be coming to PC on 9 February, in the form of Arslan: The Warriors of Legend.

This one is based on the The Heroic Legend of Arslan, which is probably very meaningful for the people who have watched that series or know what it’s all about (it’s apparently been adapted in various forms since the 1980s). In fact, if you’re an Arslan super-fan, you’ll probably appreciate the news that this game will feature bonus scenarios based on “episodes of the original novels and manga”. Going even deeper into the lore than the recent animated series, there.

In usual Dynasty Warriors inspired style, it’ll be possible to play as multiple different characters. Announced today are Tus (a quiet Parsian army officer, it says here), Isfan (“raised by wolves”), and Zaravant (a knightly chap with spear and shield).

By the looks of the trailer (below), Arslan: Warriors of Legend will incorporate a few group tactics as well as the traditional one-guy-against-hundreds set-up. It shows some cavalry and infantry charges, as well as a spot of massed archery.

From the PC point of view, it’s probably a worry that this game is getting a PS3 release as well as a PS4 one. That increases the chances that the PC port will be another weird hybrid of the two, like prior Dynasty and Samurai Warriors efforts. Hopefully Tecmo will just go for (at the very least) a straight PS4 port this time, eh?

OmniBus cruises out of a fictional past this Spring