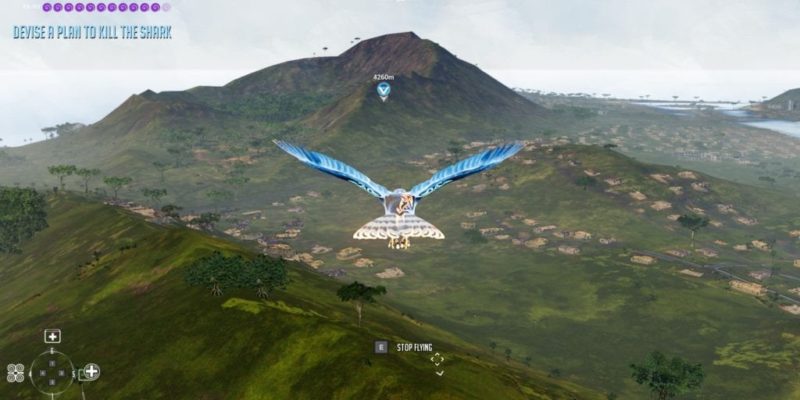 The moment I saw the trailer for Ashes of Oahu, I knew I had to play it. Seeing a man leap off the side of a building and fall before transforming into a bird and flying away had my interest completely piqued. But there’s so much more to the game than I ever imagined.

Ashes of Oahu is being developed by a small team that has no interest in holding back. They promised an open-world action RPG, but I doubted that would be accurate. But it is. The game is massive and detailed, easily one of the most ambitious, impressive indie games I’ve ever seen. This was initially supposed to be a review, but the developers are having a more complete build go up the day of release, and seeing all the game has to offer would require starting the game over from scratch. So I’m doing a preview instead.

When I said this was a massive game, I didn’t mean massive for an indie team. Once all the content is set, the game will likely easily take 60 hours to see everything. And none of it is repetitious filler like in many AAA open-world games. There aren’t any lazy challenges slapped across the map or anything of that nature. Almost everything is a quest or story-related. And the game is well-written to boot. Quests are interesting, and sometimes there are multiple ways to complete them. Some might end with you stepping on the toes of another faction and locking yourself out of their questlines. All of this takes place in a post-apocalyptic Hawaii covered in magic and ghosts. 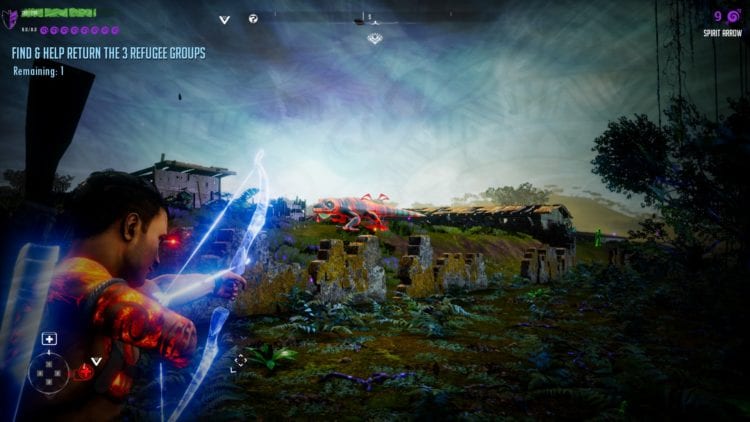 There are four unique factions in Ashes of Oahu, each with their own lengthy questlines. Completing quests and finding specific collectibles related to factions increases your faction rating, which gives you access to a bevy of skills that make your character better. There are also six gods you can find around the island that will give you new skills and abilities. There’s a ton to do and see in this game, and it’s mind-blowing what the developers have been able to accomplish.

Ashes of Oahu has a pretty familiar setup. Kai is on the beach with his son Honu when they’re attacked by Hog Raiders. Honu is abducted and Kai is killed. But a god brings Kai back to life and gives him access to magic to fight back against the Hog Raiders and save his son and the whole of Oahu in the process. Along the way, he’ll meet a ton of people and cover the 25 square kilometers of the game’s map.

The early going is rough, though. Kai starts with nothing but a knife and a spirit bow. Combat-wise, Ashes of Oahu is a third-person shooter with stealth elements. The shooting doesn’t feel very good, and the stealth takedowns are awkward and don’t always work. When they do, you’re greeted to Kai slitting the back of an enemy’s neck instead of their throat. Enemies are also bullet sponges and combat can be a pain at times. 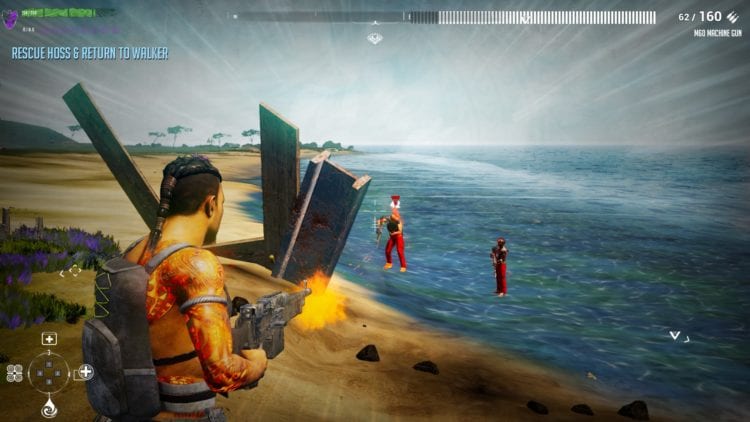 On the run in Ashes of Oahu

But some options mitigate this. There are several types of guns, all of which can be modded to your liking. I slapped a scope, suppressor, and ammo extender onto a bolt action rifle and gave myself a sniper rifle. This made sneaking up on enemies and headshotting them my course of action, and this worked well. I also stacked several skills that gave me more rifle damage, more headshot damage, and let me get critical hits more often. There’s a leveling system too, with each level granting a skill point that can be used to improve the skills you unlock. This is a fully featured game with a ton of choices to make.

Similarly, Kai’s capacity for pretty much everything he carries can be upgraded. There’s crafting that makes use of plants you find in the wild, the hides and bones of animals you’ve killed, and items scavenged from houses. You can use these to make healing items and buffs and to carry more guns, ammo, mods, and components. It’s also self-explanatory and really easy to do.

Outpost with the most

Yes, Ashes of Oahu has outposts, but they’re not quite what you’re thinking. There are only eight, and they’re used to determine which faction you take with you into the final battle. After killing all enemies in an outpost, you can convert it into a base for one of the four factions, which increases their favor with you. This is a really fun spin on this trope that doesn’t become a slog due to how few of them there are. 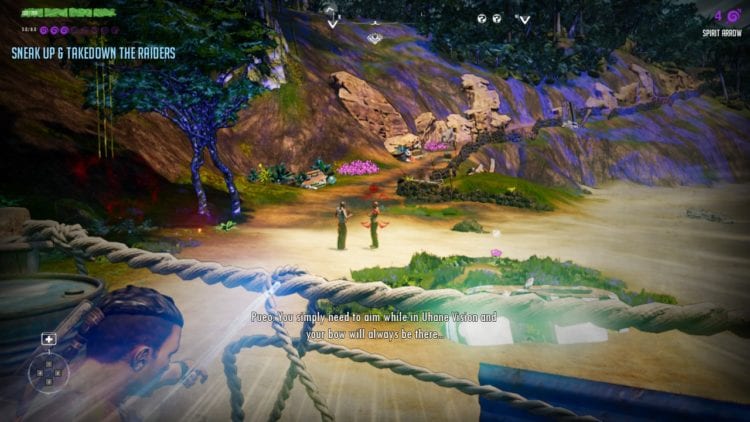 The game world is also dotted with tons of things to see and find. Question marks appear on your compass and point the way to points of interest. Early on, Kai is slow and it takes a while to get around. His low health makes him a prime target for Raider patrols too. If you die, you go back to your last autosave. But you can also save in bunkers, the game’s fast travel locations that you have to find on the map. Through exploring and doing missions, you’ll eventually get the ability to run much faster and ride a horse. And then, of course, there are the animal transformations.

After finding and meeting two gods, Kai gains the ability to turn into a bird and a shark respectively. Turning into a bird is something I’ve always wanted in an open-world action game, and it doesn’t disappoint. You just jump in the air and jump again and Kai starts flying. It looks and feels great and helped me to appreciate just how large the map was. The shark is, of course, used for swimming fast. Although not as useful as the bird, just having the option is great.

There are also two more optional transformations. Talking to a chicken at an early location will net you the ability to turn into one. Why would you want to be a chicken? Because enemies aren’t scared of them. You can walk into an enemy base as a chicken, walk behind an enemy, transform back, and take them down. Every transformation takes one unit of magic power, though, so you can’t spam these. Thankfully, there are hibiscus flowers all over that refill your magic. 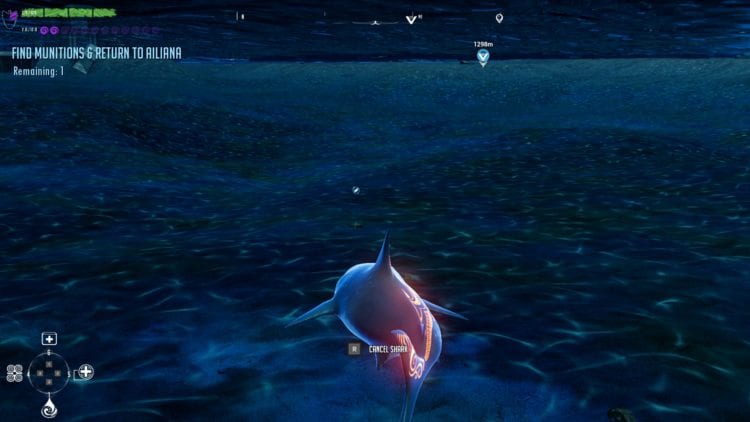 Ashes of Oahu, however, is in serious need of polish. The game is releasing officially in two days and so much is changing that I felt that my 40+ hours with the game wouldn’t cut it for the day of release when a new patch will surely change a large number of things. Even then, though, there’s going to need to be a mountain of bug fixes. I had three out of four of the faction questlines become unfinishable due to bugs, which isn’t too surprising given the nature of the game and the rate of updates.

Quests can frequently lack direction, and I spent a lot of time asking the game’s community manager and head of QA what to do. He patiently and kindly answered all of my questions and clued me in to what the finished game will be like. Much like the rest of the team, he’s doing the work of dozens all by himself, which only makes the game more admirable.

Unfortunately, Ashes of Oahu ran very badly for me. I’m above the game’s minimum requirements but had to set everything but textures to the lowest to get a solid-ish frame rate. Even then, I would frequently dip into the low 20s or even the teens depending on the area. The game is going to need a very serious amount of optimization. The visuals and animations are also quite janky, but I can’t imagine how they wouldn’t be with a game of this scope. Still, the devs made it clear that they’re going to do whatever it takes to make this the best game they can. 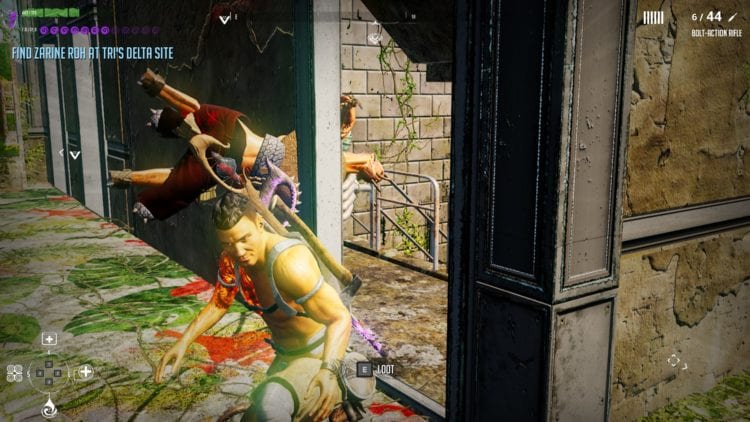 Ashes of Oahu is just so much fun to play. It’s a game I couldn’t play for just an hour. Booting it up usually meant I’d be at it all day. Even if the combat isn’t all that great, the game makes up for it with everything else. I honestly don’t see how it’s going to be ready for release in just two days given its current state, but I’m very confident that, once the game has been polished sufficiently, it’s going to be incredible. The game has blown me away and amazed me repeatedly, and I think that it needs to be given its share of attention. Otherwise, people could be missing out on one of the most impressive indie games I’ve ever seen.

By Andrew Farrell24 hours ago
Previews