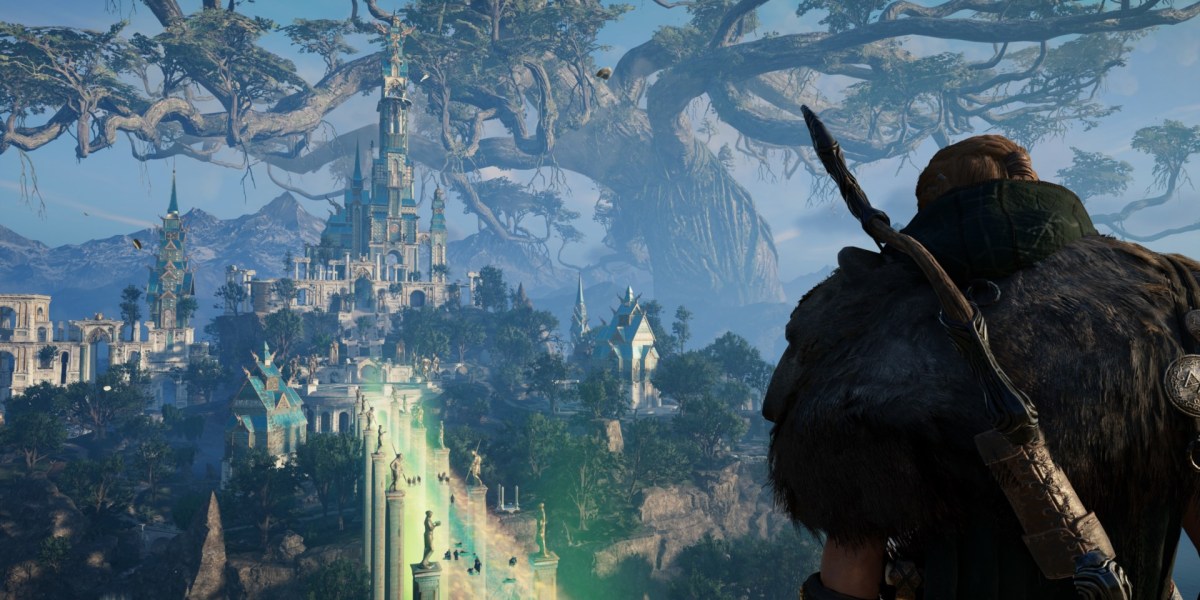 Asgard, the realm of the Norse gods, is a location that can be “visited” in Assassin’s Creed Valhalla. This, however, requires Valka and the Seer’s Hut. Here’s our guide to help you out.

To go to the hallowed halls of Odin, Thor, and the Norse gods, you’ll first need Valka’s help. The seer remained in Norway, but she eventually arrives at your settlement once it reaches level 3. 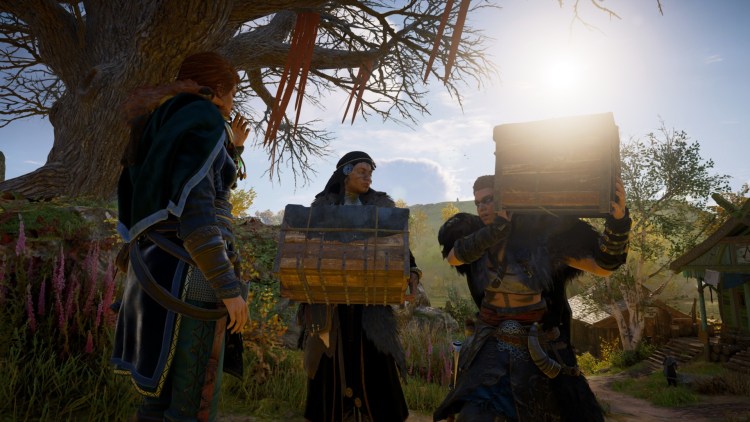 Try to raid as often as possible so you can have 800 supplies and 60 raw materials since these are required to build the Seer’s Hut.

When completed, the quest “In Dreams” becomes available. 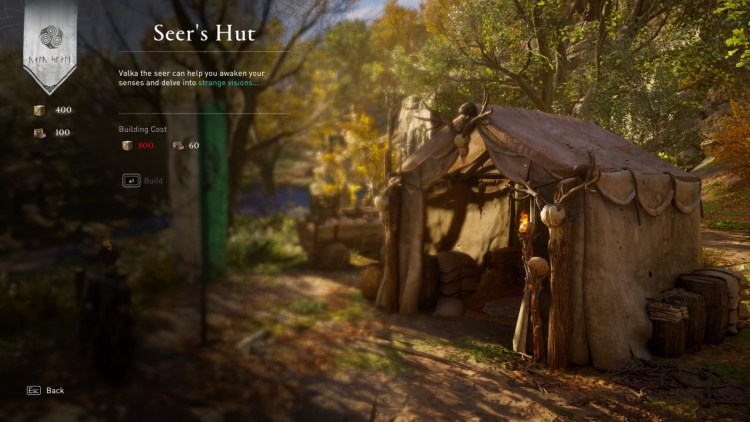 Valka asks you to look for thistles so she can make a brew. The thistles can be found near the pond close to the Seer’s Hut.

However, some are behind a cavern. You can pick up an explosive barrel in the nearby stables to create an opening. 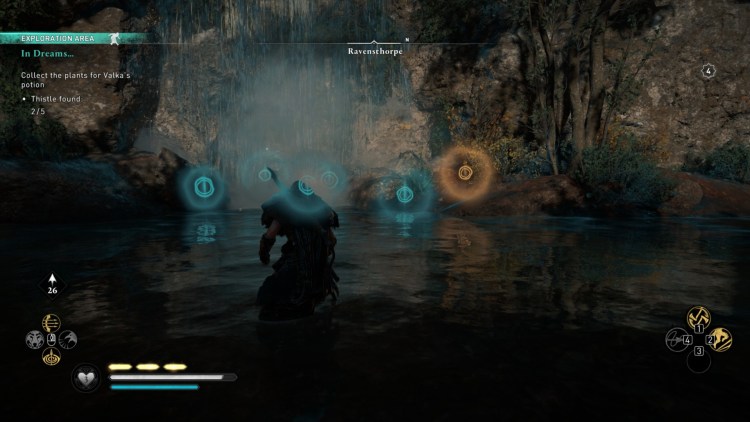 When you’re done, drink the brew that Valka has concocted. Eivor will start dreaming and she’ll end up in Asgard.

Note 1: Once you decide to travel to Asgard, you won’t be able to return to England until you complete a couple of quests.

Note 2: The location will have a few battles, so make sure that you’re close to 90 power to make things easier. 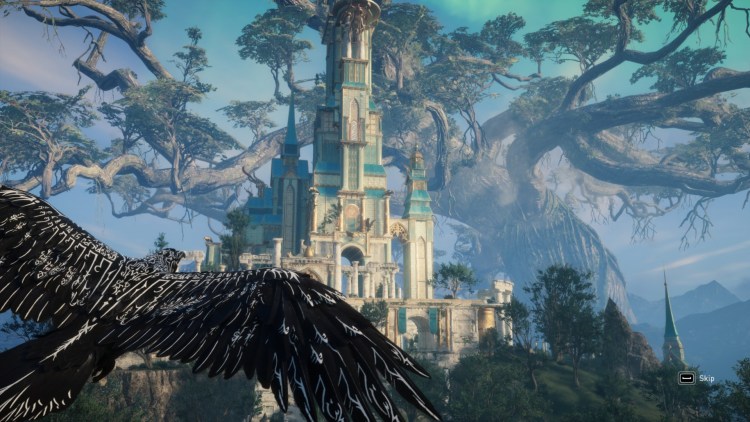 So, what exactly do you do in Asgard? Well, once you’ve spoken to Thor, Tyr, and Freyja, you can select one to accompany you in a fight against the forces of Jotunheim.

In my case, I chose Thor. Go ahead and cross the Bifröst to eliminate your foes. 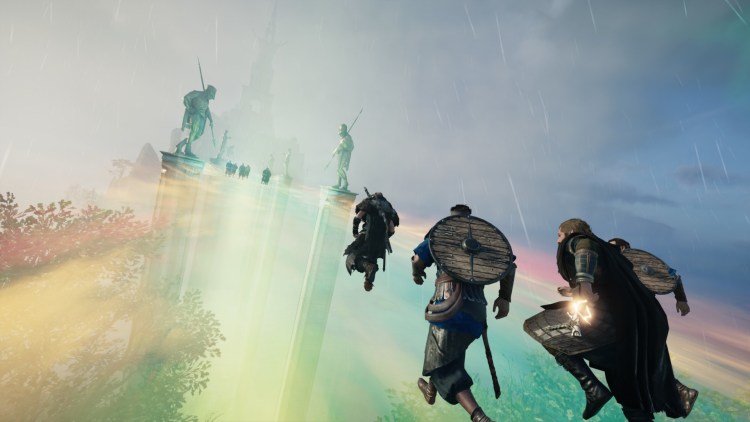 Once you reach the end, you’ll see several elites, including a Jotnar-Guld who hits like a truck. You have to kill this fella to clear a path for the doorway. Upon closing the doorway, the quest is completed.

Note: You might encounter a bug with this part of the quest. In my case, it was because I had Eivor running around trying to take a decent photo mode screenshot. I didn’t realize that Thor killed the Jotnar-Guld. When that happened, I attempted to close the doorway but the next cutscene never played. I had to reload an earlier autosave just before I cleared the Bifröst. 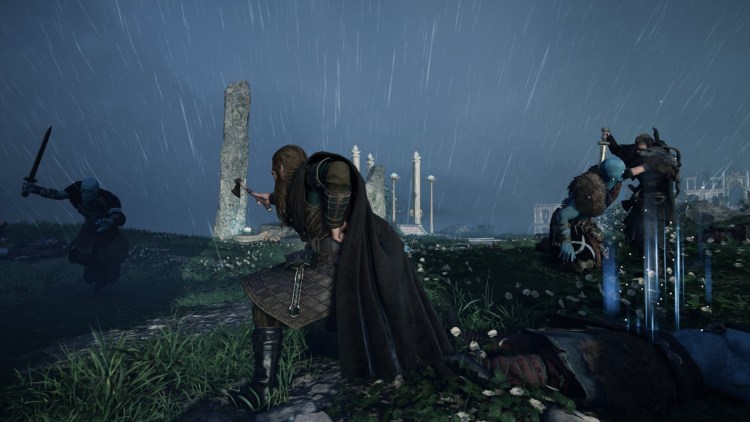 Anyway, after finishing this quest step, check your map. You’ll notice an icon with the words “wake up.” This lets Eivor return to England.

You can always go back to Asgard by drinking Valka’s brew. Moreover, once you’ve reached the next part of the Asgard arc, you get to travel to Jotunheim.